The GCF has its work cut out to significantly raise the level of private commitments to the fund – despite a record year for fundraising, writes Margaret-Ann Splawn

It's been a record year of funding at the UN Green Climate Fund (GCF). Nearly $3 billion has been approved by the board in 2021 when tallied up with the $1.2 billion of funding approved the week of the 4 October at the GCF's 30th meeting of the board (B.30).

This sends a signal ahead of the crucial COP26 meeting, that "the Green Climate Fund is fulfilling its role to deliver support for climate action in developing countries", said Co-Chair José De Luna Martinez, from Mexico.
This brings the total size of the GCF Portfolio to $10 billion, representing $37.2 billion in assets, including co-financing.

There were 13 new projects for approved by the board with most new funds – 59% in grant equivalent terms – allocated for adaptation. Over half of the new funding will go to Small Islands Developing States (SIDS), Least Developed Countries (LDCs), and African States.

Four of the 13 projects, representing $475 million of the $1.2billion, were from the private sector, and three of them include innovative programmes to catalyse private sector climate finance in adaptation.

This marks a noticeable change as GCF investment into adaptation projects has thus far mostly concentrated on public-sector driven initiatives.

Adaptation finance is hard to attract, especially from the private sector. For example, it has been noted that by 2030, up to $300 billion per year would be needed globally for climate adaptation in developing countries alone. Still, adaptation receives only about one fifth of all climate finance – and less than $500 million of private investment.

The private sector projects approved were:

It is the most significant equity investment the GCF has committed to date, marking what many hope is a trend in using other financial instruments, and a departure from dependence on traditional loans and grant financing. 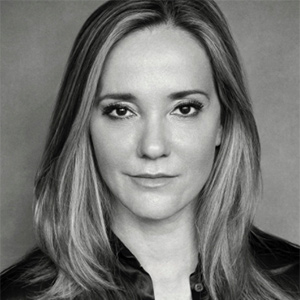 The current lack of work/life balance at the GCF is well known. These additional resources and talent for engagement with accredited entities and developing countries are needed to deal with the ever-increasing workload the Secretariat faces.

Norwegian board member Hans Olav Ibrekk supported the budget increase stating: "For the GCF to deliver efficiently on its mandate, the staff needs to be able to have the tools and the time to do the work".

Alongside the recruitment of the new head of the Private Sector Facility this Summer (see below), this signals the clear ambition for the GCF to be fully equipped to manage its $15 billion portfolio while supporting its network of 100+ accredited entities from project origination to implementation effectively.

While the $1.2 billion was the most significant approval at a board meeting to date, there was quite a fuss getting some of the multi-country projects approved.
Several conditions imposed by the ever-disagreeing board were put into place before consensus was achieved. However, the board could not agree on a way forward to simplify GCF policy and procedures.

The long-awaited Simplified Approval Process (SAP) and Updated Accreditation Framework (UAF) were discussed at length again at this board meeting. As has been the case in past board meetings, no clear way forward was agreed.

These policy documents have been in discussion for well over two years. They present a significant hindrance for the private sector and engagement with the GCF.

The timeline, procedures, and processes to work with the GCF are incredibly cumbersome. The continued lack of policy advances on these matters slows down progress of the fund working with additional private sector partners, especially direct access entities – a target group of the GCF.

There were four entities up for reaccreditation, and the board approved three of the four with few comments.

High levels of scrutiny and transparency requirements are imposed on private sector entities that have been accredited to the GCF. The board is in particular scrutinising the alignment of financial flows from partner entities and, as such, the reaccreditation of the Development Bank of South Africa (DBSA) was delayed as the Board could not agree on the approach to adopt: while some members welcomed DBSA's engagements with regards to climate and the reduction in coal finance exposure of their portfolio, others led by Sweden's Lars Roth requested more clarity with regards to their future plans, noting the nominal increase in "high carbon" projects over the past five years.

There is a new, long-awaited, Director of the Private Sector Facility (PSF), Henry Gonzalez, and this was his first board meeting.

The PSF was without a Director for over 18 months, with Tony Clamp acting as interim Director.

There has been a string of departures from the PSF over the past year, and the private sector continues to be seriously underrepresented at the GCF.

It makes up about 20% of the GCF portfolio of projects and represents less than 30% of total GCF funding.

Accredited public and private entities say that working with the GCF is getting more complicated rather than more accessible. Gonzalez has got his work cut out for him.

Margaret-Ann Splawn is an Active Private Sector Observer at the GCF and Executive Director of the Climate Markets & Investment Association.