The green bond market and the carbon markets could be combined to help decarbonise the economy, suggests Mark Leahy.

When it comes to understanding the serious challenges facing our world and life on earth, the UN's Sustainable Development Goals (SDGs), are the best place to look. If we could achieve these goals, there is no doubt the world would be a better place for all of us and life itself. The UN estimates success might cost about U$7 trillion....no small sum.

Unfortunately, the prospects for achieving these remain low given current approaches – not just because lofty, global goals are difficult in and of themselves but because we do not yet have the tools or the systems for prosperity and sustainability to co-exist.

However, real progress has been made. Solving poverty (SDG #1) has, perhaps more than all the others, captured the hearts and minds of generations. Yet the greatest leap occurred in the lifetime of today's Millennials. 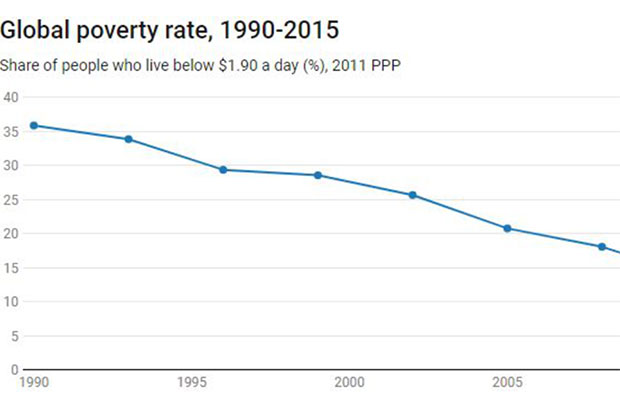 This progress is remarkable, even if still more needs to be done: 600 million people remain below the line today.

Great strides have also been made in the areas of education, health and sanitation. Success stories include the work of The Bill and Melinda Gates Foundation, literacy-focused NGO Room to Read and vaccination organisation GAVI. We also see progress where normal commercial activity has been deliberately incentivised and encouraged, sometimes with direct government support. Look at renewable energy where, as a result of interventionist policies, renewable energy production now accounts for 25% of global electricity generation, up from 17% in 2000 (IEA).

However, we are struggling to address the challenges that transcend us as individuals – the supra-national problems where our individual actions seem to have no impact, but our collective action on a scale that transcends national boundaries could be immensely powerful. I have tried to stop using plastic bags for example, but despite my best efforts, I am not changing the world. But if we all stopped using the 5 trillion plastic bags consumed each year, then that collective action would reduce oil consumption by 600 million barrels a year, or the equivalent of about 360 billion miles of driving. This is equivalent to taking all cars and buses off the road in the UK.

More importantly, our efforts to address SDG #13, "Climate Action", remain wholly inadequate. This most nebulous goal is where we are stumbling the most. And this stumbling, I think, has the power to negate all that we hope to achieve and all that we have already achieved. Disruptions to the environment, agricultural production, food and water supply are having the greatest impact on developing nations least capable of adapting to these changes. Some talk of agricultural gains in the north mitigating losses in the tropics. But a farmer in Bangladesh will take no comfort from knowing that his newly submerged paddy field has been substituted for a new corn field in Siberia. As Bill Gates said: "Of all the people who will suffer from climate change, the world's poorest farmers are likely to suffer the most." Meanwhile global food demand is expected to rise by more than half in the next 30 years.

It is not hard to foresee that as communities, regions and whole countries suffer, they will do what they must to survive. Mass migration will lead to conflict and violence. The SDGs will become a forgotten dream in this scenario.

Can we prevent this Malthusian breakdown?

Firstly, we must acknowledge the inherent conflicts within the SDGs themselves. Many of the goals that focus on improving individual human lives implicitly require significant economic development, and that means carbon. Lots of carbon. China's carbon footprint more than tripled as it lifted over half a billion people out or poverty.

While our carbon and pollution-heavy development model, invented in the West and perfected in Asia-Pacific, is bringing prosperity, health services, education, greater opportunities for women and clean sanitation to millions, it runs contrary to many of the SDGs that aim to reduce the impact of climate change, and protect biodiversity (and food supply) on land and in the oceans. Prosperity in the modern age has wrought massive environmental destruction.

Even if we look at climate-friendly initiatives such as the International Energy Agency New Policies Scenario, CO2 emissions continue to grow. Only a more dramatic shift to a sustainable development model will lead to reductions in CO2 emissions sufficient to keep our planet habitable. 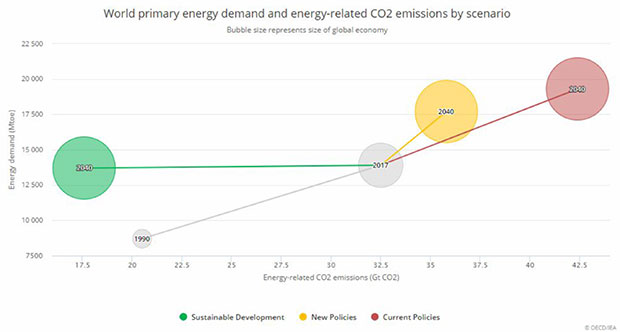 A solution to this problem lies in connecting those who want sustainable development and are willing to pay for it, to those who can deliver it: manufacturers, farmers, energy companies, and mining companies such as General Motors, Cargill, BP, Glencore and BHP Billiton. Creating financial structures and mechanisms that incentivise sustainable economic activity at scale could drive this change.

The global green bond market currently amounts to a respectable $175 billion in new issuance in 2018 – a drop in the ocean when compared with the estimated $7 trillion needed to fund the SDGs. Luckily, investors are highly sensitive to very small changes in bond interest rates (coupons). The table below illustrates this phenomenon of high price elasticity for highly-rated credit:

If we take the fictitious but not unrealistic example above and imagine applying that 'extra' coupon of 20 basis points across the current green bond universe of $175 billion, then the additional interest cost would amount to $350 million, or $2 million per $1 billion of issuance. It follows that if green borrowers offered investors an additional U$2 billion in interest payments, we could build a green/sustainable bond market of U$1 trillion.

Who pays for the extra coupon? The 'payer' could be governments, NGOs or philanthropic entities all of whom have capacity and good reasons to do so, but so too could ESG-savvy companies. In return for making these payments, the 'payer' would receive from the borrower carbon credits, such as transferable Certified Emission Reduction units issued by the UN.

A new global depository for these credits would be a great use-case for blockchain technology, allowing verification, certification, safe-keeping and transfer across the globe. To make this system work even better, an exchange could be built to create a transparent and orderly market for these bonds and their related credits. Investors in the instruments could even receive the credits directly instead of higher coupon rates and could trade these on that exchange. The 'payers' could even guarantee to provide a price for these credits rather than making actual 'extra coupon' payments. Curves and hedging tools for these credits would develop. 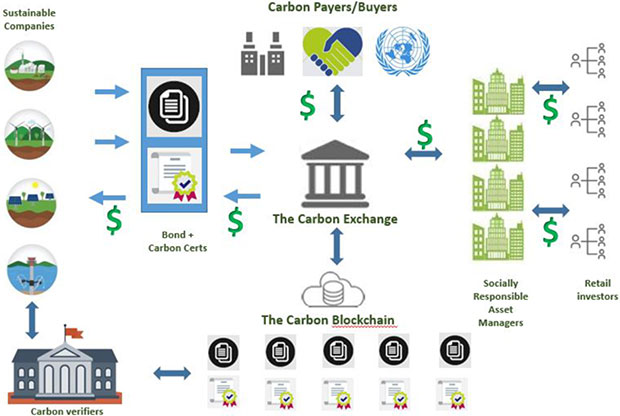 No doubt there is much devil in the detail. After all, efforts to create a market for carbon before the Global Financial Crisis failed, as conditions were evidently not right, and our proverbials were not yet on fire. What's changed? We are burning. Meanwhile, the financial sector has woken up to its crucial role in helping finance sustainable development. If done right, there is every reason why this new carbon market, built by the financial community with the support of policy and hard dollars from the private, public and philanthropic sectors, could be just what the finance sector needs to find a new and profitable purpose for the 21st century.

Mark Leahy is head of fixed income at SGX, and was writing in a personal capacity.