Tagging loans according to the energy efficiency of the underlying assets could make a valuable contribution to scaling up green financing, say Nick Robins and Peter Sweatman

The global momentum behind green finance is growing by the day. In September, G20 heads of state recognized the need to 'scale up green financing', setting out a series of steps to improve the ability of the financial system to support the transition. In the marketplace, annual issuance of green bonds has passed $50 billion for the first time.

Mobilising capital for renewable energy is often the starting point for green finance. But the funding required for energy efficiency is larger in scale and further behind in terms of market evolution. Efficiency lies at the heart of national and global strategies to drive down energy costs as well as environmental damage, comprising half of what countries must do to deliver against their collective pledge in the Paris Agreement.

The gap between what is being financed and what is needed is, however, huge. The UN's Sustainable Energy for All initiative estimates that $560 billion a year is needed to double the global rate of energy efficiency improvements – but only around $200 billion is currently being deployed. So, while renewable investment on the supply side needs to be doubled to hit global targets, energy efficiency finance needs to be nearly tripled.

Growing numbers of banks and investors are now starting to focus on providing capital for improving energy efficiency for households, businesses and public sector organisations. Investors with more than $4 trillion in assets under management and over 115 banks have signalled their desireto expand allocations in this area. 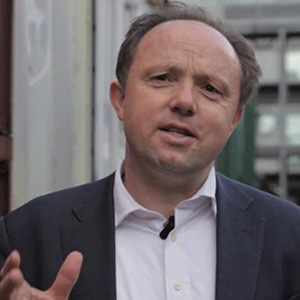 Interest is also growing in the so far largely untapped potential for issuing green bonds backed by energy efficient buildings and vehicles. Policymakers are also exploring how best to attract private capital. The G20's Energy Efficiency Finance Task Group has, for example, agreed a set of voluntary investment principles.

Scaling up energy efficiency finance faces a range of barriers and two stand out: the first is the lack of basic data on energy efficiency investments; and the second is the challenge of aggregating many small investments into a size that the capital markets or banks will accept. A small number of banks – such as ABN Amro and Berlin Hyp – have identified loans for energy efficient buildings in loan pools, which then formed the basis for green bond issuance.

At the system level, there could be a relatively simple way of removing these barriers that would improve market transparency, enable market creation in green bonds for energy efficiency and form the basis for valuable insights into the relative financial performance of energy efficient assets.

Starting with bank loans for real estate and cars, the key step would be to tag these loans to the underlying asset's energy performance, fuel efficiency or environmental standards. These standards already exist in growing numbers of countries and the task would be to join the dots with the financial system.

For example, 20 countries now have energy performance standards for buildings (including the EU as one unit). In the EU, all properties when sold have to obtain an energy performance certificate that places the property on an A-G scale. However, such certificates still need to be made more reliable, and at present there is virtually no data on how many loans are going to different grades of buildings.

Similarly, 10 countries and markets accounting for three-quarters of vehicle sales have fuel economy and/or greenhouse gas automobile labeling. Labelling programmes also exists for other key products such as white goods and air conditioning.

If banks tagged their loans to these existing energy and environmental standards, aggregated these and then published the results on an annual basis, we could take three steps forward in catalysing the finance market for energy efficiency: 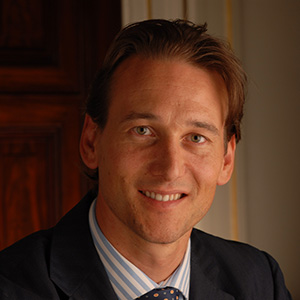 Energy efficient houses, for example, should be a better credit risk with fewer non-performing loans as outgoings for heat and power are lower. To date, there has been little quantitative analysis testing this hypothesis. But a 2013 report from the US found from a study of 71,000 homes over a decade that default rates are 32% lower in 'Energy-Star' rated homes.

As more data became available through 'green tagging', analysis could be conducted to better evaluate loan performance and correlate it to energy efficiency. If the link was proven, this could result in banks setting aside less capital for green buildings, thereby at the margin further improving the flow of finance to energy efficiency.

In Europe, the European Mortgage Federation and European Covered Bond Council, encompassing most of the European banking market, are pioneering a new initiative that, depending on future regulatory recognition, could lead banks to offer cheaper interest rates to people buying energy efficient homes or committing to implement energy saving measures.

Moving ahead on a global scale with 'green tagging' would be a simple and low-cost way for countries and financial institutions to scale up green finance for energy efficiency using existing standards. It could also help to improve risk management in the financial system and grow the energy efficiency finance market by the multiples which are required to deliver a sustainable future.

Nick Robins is currently co-director of the UNEP Inquiry into the Design of a Sustainable Financial System, which aims to advance policy options that align the financial system with long-term sustainable development. Before joining UNEP, he was Head of the Climate Change Centre of Excellence at HSBC in London from 2007 to 2014.

This article was written in their personal capacities and the authors would like to thank Annie Degen, special advisor, long-term finance and energy efficiency coordinator at the UN Environment Programme's Finance Initiative.