Hurricanes in Florida remain the biggest risk focus for the catastrophe ('cat') bond market. So the lead up to Hurricane Matthew, which struck the region in October 2016, was a nervous time for investors. However, although the wider insurance and reinsurance industry incurred significant losses, no cat bonds are expected to be triggered, says Harry White, risk consultant at AIR Worldwide.

AIR retained the title of Best Advisory for Catastrophe Risk for the third year running in this year's Rankings.

Although Matthew was not as damaging as some feared, with one trader saying it could have been a $50 billion event, it could still have a significant impact on demand for cat bonds.

"I think that was the first time that companies started post-2005 had a real chance of having some large potential losses, so we'll see if this event impacts their demand for coverage," says Laura Taylor, managing partner and chief financial officer at Nephila Capital, voted Best Trading Company for the seventh year in a row.

Bill Dubinsky, managing director and head of insurance linked securities (ILS) at Willis Towers Watson (WTW), which won the Best Broker title, says Hurricane Matthew was pretty much a non-event from a cat bond perspective. He describes it as mostly a storm surge and flooding event in the Carolinas. 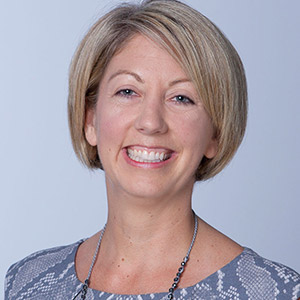 Elsewhere in the world, major events such as UK floods and earthquakes in New Zealand and Italy caused significant losses but were not big enough to dent the market's domination by US hurricane risk, according to Taylor.

Overall, the value of new cat bond issues showed little change in 2016 from the previous year. Bonds worth just over $6 billion had been issued by 1 December, including both public and private issues, compared to a total of $7.9 billion for 2015, according to market research firm Artemis. Public issues alone amounted to $4 billion by 30 September, compared to $6.2 billion for the whole of 2015, according to WTW.

But 2016 saw more innovation and new products on offer, according to Martin Malinow, president of Endurance Global Weather, voted Best Structurer/Arranger for the second year running.

One notable development was Allianz Risk Transfer entering the market with a $70 million cat bond covering against extreme European weather – the first such issue since 1999. It was singled out by both Claude Brown, partner at Reed Smith and AIR's White for its innovation in the market, as it was based on weather events, rather than a strict 'catastrophe'.

We are starting to see reinsurance capacity shrink, says Taylor, as a result of 2016 events such as the UK floods and earthquakes in Italy and New Zealand. The merger of Willis and Towers Watson, completed at the beginning of 2016, also impacted capacity, although supply still outweighs demand for some risks.

Brown, however, argues that attractive coupons have driven demand for cat bonds, leading it to outstrip supply in some respects. AIR's White agrees that investor appetite is strong, as 2016 saw several deals upsized and prices at the lower end of guidance.

Non-natural risks, most notably cyber risk, is where market players believe the industry will see developments over the next couple of years. In April, AIR released its first global cyber exposure data standard and expanded its cyber risk consulting practice to enable clients to better understand the risk.

WTW's Dubinsky describes it as an appropriate place for the market to expand into, but believes it won't be able to do so itself and will need to partner with insurance or reinsurance companies already active in the market.