This year has seen a reversal of fortunes for some renewable energy certificate (REC) markets, with some of last year's best performing US markets seeing big price drops, while EU and Australian markets saw record gains. Hamza Ali reports

Renewable energy certificate (REC) markets have had a tough year in the US, as the supply of certificates outstripped demand.

"Power consumption has been lower this year, and that's just a factor of the weather being warmer and an increase in the uptake of energy efficiency upgrades, so you've had less electricity usage overall and this lowered demand for RECs," says Izzet Bensusan, CEO of Karbone, which was voted Best Advisory and Best Broker for the North American RECs markets in this year's poll.

In the US, 29 states and the District of Columbia have put in place mandatory requirements for electricity suppliers to source part of their electricity load from renewable sources.

Each REC is essentially proof that a megawatt of renewable energy has been delivered to the grid and sufficient certificates have to be presented by electricity suppliers to regulators at regular intervals to meet the mandatory targets, known as Renewable Portfolio Standards (RPSs).

While RECs are tradable separately from the renewable electricity they represent, lower power usage means demand for RECs falls as electricity suppliers need fewer certificates to comply with the RPS, says Bensusan.

Even as demand fell this year, build rates of renewable energy plants did not taper off, which meant compliance markets such as the Pennsylvania, New Jersey, Maryland Power Pool (PJM) – the largest RECs market in the US – saw an oversupply which caused prices to fall.

"Certain compliance markets, such as PJM, have remained extremely volatile, currently trading below $10 per MWh from a high around $20 per MWh," says Scott Eidson, vice president, environmental markets at 3Degrees, which won the title of Best Trading Company for North American RECs for the second time. 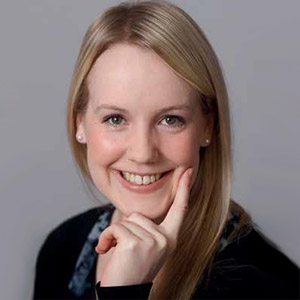 Within these larger markets, some states set additional RPSs to give additional support to certain technologies. For example, Pennsylvania and others have Solar RECs (SRECs), which set targets purely for solar technologies.

Prices for SRECs dropped sharply in many states in 2016, as the falling cost of the technology led to more projects being built, resulting in an oversupply of certificates.

The Maryland SREC market, for example, has seen prices fall from $170 per MWh in December 2015 to an all-time low of $18 in November. Solar farm build rates in the state reached 30MWh/month during the first quarter of 2016, which far outstripped demand of 6MWh/month.

Although this slowed towards the end of the year, the market is forecast to have an oversupply of 291,000 SRECs or 80% of the RPS in 2016, according to SRECTrade, a management firm specialising in solar RECs.

"In New Jersey we saw build rates continue to rise as prices began to go down, as projects were fully hedged for the fall in SREC prices," says Rich Weihe, managing director of Karbone. "It's kind of what we saw in Maryland where build rates had not been declining as fast as prices."

"It's not often that you see such dramatic price jumps in this market"
Suvi Viljaranta, Enegia

The reason developers can continue to build, despite the low price of power and RECs, is that costs have also fallen dramatically, agrees Todd Alexander, a partner at Chadbourne & Parke, which shared the title of Best Law Firm for North American RECs with Baker & McKenzie.

"Contractors are achieving greater economies of scale and operators are lowering costs through the use of new technologies and the benefits of having more projects in closer proximity. We now see solar projects willing to offer energy prices near 3 cents per kWh," he says.

The ITC is a tax break for renewable energy which allows some investors to recoup up to 30% of the value of the project and was due to expire at the end of 2015. The PTC provides renewable energy generators with tax relief of 2.3 cents per kWh.

ITC and PTC were extended in a surprise bipartisan move by Congress in December 2015, for another five years. However, many projects that had been rushed through before the credits were due to expire, came online in 2016. These added to the oversupply of RECs, explains Alexander.

However, while RECs prices have fallen in some markets, various factors, including the election victory of Donald Trump, could cause power prices to rise in the coming year, according to Bensusan.

"The immediate effect of the US election was that the yield on 10-year Treasuries went up, and this is impeding some people from making deals that they could have made a month earlier, due to their cost of capital going up," he says. "REC prices may go up next year, if it becomes apparent that there isn't more supply coming online."

As most RECs markets are state regulated, Bensusan expects the market to continue to grow as "states that have a RECs markets will pursue the course even deeper."

Chadbourne & Parke's Alexander agrees saying: "I do not expect that we will see a repeal of either the investment tax credit or the production tax credit, which are the two principal federal incentives available to renewable energy projects. Rather, I expect that Congress will allow the current phase outs of these tax credits, which are already underway, to continue to take effect."

Across the Atlantic, the price of Guarantees of Origin (GOs), the EU version of RECs, more than doubled early in 2016. 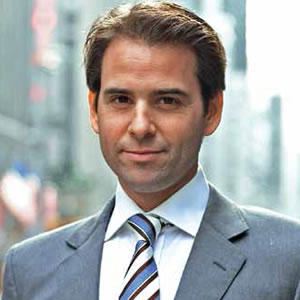 For example, prices for Norwegian hydro GOs climbed to 0.40 ($0.43) per MWh February from 0.15, before seeing prices drop back down to 0.20. This unusual level of volatility was attributed to a surprise announcement by the UK regulator, Ofgem, that foreign GOs could be used to comply with its national system.

However, the UK, which operates a separate renewable certificate market called Renewable Energy Guarantees of Origin (REGO), dampened market exuberance when it later clarified that the scheme would not affect 2016 supply, causing prices to fall back slightly.

"It's not often that you see such dramatic price jumps in this market," says Suvi Viljaranta, portfolio manager at Enegia, which was voted Best Broker for European RECs for the second year in a row. "All of a sudden, in February, Ofgem makes an announcement that some GOs could be used to get exemptions from the feed-in-tariff and the price of GOs jumps to €0.40."

GOs have also been boosted by a rise in European demand for renewable energy of just over 9% since 2014. Initiatives such as RE100 – through which companies have pledged to source 100% of their electricity from renewable sources – have added to the traditional household demand for green energy in Europe, says Marie Christine Bluett, head of renewables portfolio management at South Pole Group, which was voted Best Advisory for European RECs.

"We now have large end-consumers prescribing themselves to renewable energy consumption goals on a never before seen scale," she says.

Five countries account for three quarters of the RECs demand in Europe – Germany, Sweden, Switzerland, the Netherlands and Italy. But Germany, which has for the past few years been the biggest importer of GOs, has seen demand fall for the first time in five years. The country purchased 65 TWh during the first half of 2016, a drop of 5% year-on-year, but remained the biggest market.

Norway, Austria, Finland, Denmark, France and Belgium currently make up the next group of countries – each with a steady market demand of between 10 and 35 TWh annually, according to Viljaranta.

"We have seen a tremendous drop in the cost of these projects"
Izzet Bensusan, Karbone

Meanwhile, in Australia, the RECs market reached record highs, after the government's new targets for renewable energy, announced in June 2015, gave a boost to trading.

While these new targets have helped revitalise investment in renewables, a forecasted shortfall in supply caused the price of large-scale generation certificates (LGCs) – formerly known as RECs – to rise steadily over the past year, from AUD65 ($48) to AUD90 in November.

"For a period we had a lot of uncertainty around the government's renewables targets which has now been settled," says Martijn Wilder – head of the global environmental markets practice at Baker & McKenzie. "We have seen the reengagement of investment in renewables and increased demand for these products."

RINs on the rise

Policy certainty has helped push 2016 prices for Renewable Identification Numbers (RINs) up from their lows of last year, according to Element Markets.

RINs are tradable certificates that track the compliance of fuel refineries with the US government's Renewable Fuel Standard (RFS) – a law which requires that refineries blend a certain proportion of renewable fuels into transportation fuels each year up to 2022.

The four fuel categories under the RFS are:

The market has had a tumultuous recent history, thanks in part to short-term uncertainty about the targets, says Randy Lack, chief marketing officer at Element Markets which was voted Best Advisory and Best Broker in this category.

Over the past few years the Environmental Protection Agency (EPA) has been slow to announce the renewable volume obligation (RVO), which sets the percentage of renewable fuel that must be used in the fuel mix, he explains.

2016 saw policy certainty thanks in part to a "mammoth effort" by the EPA to set the renewable volume obligation on time, he adds.

"It was a transitive year within the renewable fuels sector ... this year was really about EPA getting back on track," says Lack. "The market worked fluidly and we've seen an uptick in pricing."

Another factor driving prices higher is tighter supply of RINs for some fuels, which could halve by the end of 2017, according to Goldman Sachs.

"We see risk of persistently high(er) and more volatile RIN prices as the market gains a greater appreciation of potential tightening of RIN stocks," the bank said, referring to the D6 compliance credits.

It has predicted that inventories of the credits will fall by a quarter this year to 1.39 billion gallons (5.26 billion litres) and by another 43% to just 786 million gallons by the end of 2017.

The rising prices have caused some tensions in the market, with Jack Lipinski, CEO of independent refinery CVR Energy, saying: "RINs have become a black pool allowing exempt parties, and even speculators, to drive prices to confiscatory levels. RINs were intended to be a compliance tool for refiners, not a device to extract windfall profits from obligated parties."

Activist investor Carl Icahn, who owns a majority stake in CVR Energy, has also been an outspoken critic of the RINs market, calling it "rigged" in an open letter to the EPA earlier this year.

"The RINs market will cause a number of refinery bankruptcies," Icahn wrote. "The domino effect of this will be that 'big' oil will sop up the bankrupt refineries, causing an oligopoly resulting in skyrocketing gasoline prices."

However, the EPA has stayed its course and this year's RVO, for the first time, hits the levels targeted by Congress nearly a decade ago when the law was penned.

The victory of Donald Trump in the presidential election threatens to add extra complexity to the market, as he has vowed to dismantle the EPA.

Icahn, who has been a vocal Trump supporter, has remained silent on the issue since the election but the billionaire investor has reduced his stake in CVR Energy in recent weeks.

However, on the other side of the equation, Trump has voiced support for the biofuel industry, which has campaigned for a higher RFS.

Ahead of his victory, he campaigned on a pro-ethanol platform when he visited America's farm states and biofuels advocates expect he will keep the RFS strong. Those states are believed to have won Trump the White House.

The battle between "big oil and big corn" will likely see Trump disappoint some of his supporters, and affect prices in 2017.