Ørsted's inaugural green bonds, both issued on the same day in November, demonstrated the company's aim of becoming a green provider in the energy sector. 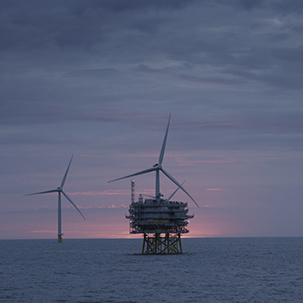 The Danish firm has reinvented itself as a leader in renewable energy, having sold its oil & gas exploration and production business in May 2017, and renamed itself from Dong Energy in November 2017.

Ørsted plans to use the green bond proceeds to help install up to 12GW of offshore wind by 2025, and replace coal power generation with sustainable biomass by 2023. It aims to reduce the emissions of its power and heat generation by 95% by 2023.

Use of proceeds: Offshore wind farms

Other highlights/notable features: It was Orsted's first capital markets transaction following the disposal of its oil & gas business. First green hybrid issue from the Nordic region.

Corporate hybrids are bonds that have some equity-like features – they pay a coupon but often have no definite maturity date, and can defer or cancel coupons without triggering a default.

It was conducted with an intraday execution strategy, allowing Ørsted to capitalise on a favourable market-open, while avoiding any overnight market risk which a prolonged market period may have brought.

SEB was green structural advisor for both the green hybrid capital securities and green senior bonds.

The green bond framework was given a dark green shade by Cicero, which noted the company's shift towards renewable energy.

One of the panel of investor judges said Ørsted has become "a very green company", and also noted that the pricing was "fair for investors".