HSBC swept to victory in five of the nine lead manager of the year categories, following a year in which the FTSE 100-listed bank saw its underwriting volumes surge.

The London-based lender received the nod from judges as lead manager of the year for green bonds in both the bank and supranational, sub-sovereign and agency (SSA) categories, as well as for sustainability bonds in both the local authority/ municipality and bank categories. Judges also awarded HSBC the lead manager of the year award for SSA social bonds. 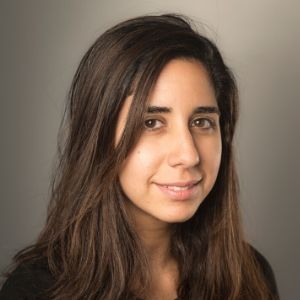 One of the judges praised the "good coverage" of HSBC as a lead manager. The awards come after a strong 2019 for underwriting by the bank. In 2019, HSBC saw underwriting volumes across green, social and sustainability (GSS) bonds surge two-thirds to $19.2 billion – making it the largest GSS bond underwriter in the year.

Underpinning the surge, HSBC also became the top underwriter for the green bond market – which continues to comprise the bulk of the GSS bond market – after serving as lead manager of deals worth a combined $14.8 billion.

"From our perspective it was a very successful year, and clearly coincided with further growth on the issuer side – across not only the sectors that were already quite involved in the space, but across many of the other main sectors, geographies and markets," HSBC co-head of debt capital markets, Adam Bothamley, told Environmental Finance.

"We are very broad based, geographically as well as from the sector perspective across corporates and financials," he added. "That is really the key for us last year and this year. The growth in the financials and the growth in the corporate space as it relates to green and environmental, social and governance (ESG) financing generally had really played to our strengths."

Farnam Bidgoli, HSBC head of sustainable bonds, said the numerous lead manager wins by the bank reflected that it was involved in some of the "most exciting debuts across different geographies" in 2019.

HSBC led 21 green bond deals for banks, of which 11 were from inaugural issuers. It acted as a lead manager on a number of the largest green bond issues by banks, including the €1 billion green bond issued by BBVA and the two multi-currency bonds worth a combined $4.2 billion issued by Industrial and Commercial Bank of China (ICBC).

HSBC also served as one of the four lead managers for the inaugural €500 million green bond issue by Dutch firm, de Volksbank – which itself secured the Green Bond of the Year award for a bank.

For SSA green bonds, HSBC worked on 18 deals in 2019. Bidgoli said that as well as supporting long-standing "pioneers" in the market – such as German development bank KfW and French state-owned railway firm SNCF Réseau – HSBC also served on the inaugural green bond issues from other SSAs, including as "sole structuring advisor to the Islamic Development Bank (IsDB)." 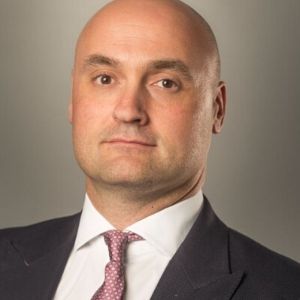 HSBC served as one of eight lead managers on the €1 billion IsDB green bond in November 2019. This issue was the first AAA-rated green Sukuk in the world, and judges singled out its work on this bond in their comments.

In the sustainability bond market, HSBC acted as joint lead manager in over 61% of sustainability bond issuances by banks in 2019 by volume – including all top six issuances. HSBC helped underwrite the €1 billion sustainable bond issuance by ANZ Bank in November, the $750 million inaugural bond from the National Bank of Canada in October and the $600 million KEB Hana issue in January.

Across local authority and municipality sustainability bonds, HSBC served as lead manager on the €2.25 billion issue by the Federal State of North-Rhine Westphalia in March 2019 as well as the €1.25 billion bond from Comunidad de Madrid issue in February 2019 and €600 million issue in April by the Basque government.

In 2019, HSBC served as lead manager for SSA social bonds valued at a combined €1.95 billion.

The bank underwrote the €500 million social bond issued by Instituto de Credito Oficial (ICO) in October 2019, having advised ICO on all four of its previous social bonds. Since issuing its first social bond in 2015, ICO has issued social bonds worth over €3 billion combined.