A project from Brazilian sustainable development firm Agrocortex that aims to avoid illegal deforestation in the Amazon rainforest while producing carbon credits has won the ESG investment initiative of the year award. 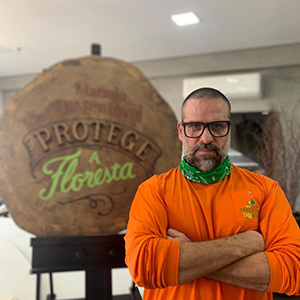 The Agrocortex REDD Project conserves an area of over 180,000 hectares of rainforest in the southwest of the Brazilian Amazon that is at risk of being exploited for agribusiness.

The area has one of the largest diversity of birds in the world with 345 species. Out of the last 15 species of birds catalogued in the Brazilian Amazon, eight are within the project area.

It is one of the least scientifically known areas. The Brazilian government has classified the project area with a "very high" conservation priority.

Carbon credits created through conservation of the area have appreciated by over 300% in the last 18 months, according to Agrocortex.

The project creates new jobs for local communities while contributing to sustainable development of the region. It is one of the largest employers in its Brazilian state.

The project surveys biodiversity by monitoring fauna in general, and protects over 20 species of fauna that are considered threatened or vulnerable.

It also conducts studies within the area of natural conditions of forest regeneration – when seedlings become established after trees have died from fire, disease or insects. The project will reduce over 14 million tonnes of carbon dioxide-equivalent gas over 30 years, Agrocortex predicted.

The project is overseen Marcos Preto, CEO of Agrocortex, who won Personality of the year.

"Talking about environmental, social, and corporate governance is like breathing for us," Preto said.

Understanding the context of the company is key, he said. Agrocortex relies on two different sustainable markets that enable the conservation of the forest.

"The first, and most important, is carbon markets," which have seen accelerating growth.

"2021 was the most important year in terms of carbon revenues in the entire history of Agrocortex, as we had our highest [annual] volume of carbon credits sold.

"The second market is for wood products. This market also showed a growing trend for some types of wood in 2021. Agrocortex maintained its Forest Stewardship Council certifications for both forest management and chain of custody.

"What differentiated Agrocortex from other companies working in this sector last year, was working 100% legally, formally, ethically, and responsibly. There is no such thing as working any other way here at Agrocortex.

"Unfortunately, the market we operate in and our competitors do not think or act exactly like that. A tip I give them and other companies in other sectors: don't look for ESG, experience the ESG.

"In more objective terms, while in 2021 deforestation in Brazil reached the highest level of the last 15 years, Agrocortex did it differently. The company has invested in forest surveillance and monitoring methods to control deforestation, decreasing the rate of deforestation by more than 90% of what was expected in the baseline scenario, as demonstrated in our Agrocortex REDD Project.

"In addition, we invest 100% of all carbon revenues in sharing benefits to local communities, paying employee salaries, collecting taxes and duties, contracting products and services from local suppliers and the region, thus contributing to the municipality of Manoel Urbano [in Brazil], which depends a lot on Agrocortex in terms of generating income and wealth, employment, and taxes."