A European renewables firm and an insurance company have formed a novel partnership whose structure could become a model for other clean energy companies across the globe looking to raise capital. 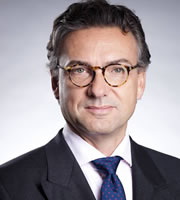 The funds have been put into a specially established company, and Capital Stage can access them when it identifies a solar asset it wants to buy.

If the project is approved by the new company's board – made up of members from both Capital Stage and Gothaer – it takes around 25% of the value of the asset and invests it as equity at project level. It then leverages the remaining 75% from traditional sources such as bank financing.

Felix Goedhart, CEO of Capital Stage, says the firm's share price is up some 50% since the deal, pointing out that equity investments were previously financed through share issues, and the consequent dilution "did weigh on our share price".

And, from an insurance perspective, the deal has advantages too. Equity investments are "not ideal" for insurers, explains Gerd Weidenfeld, head of corporate finance at Gothaer – referring to the fact that they require significantly larger balancesheet contingencies than fixed-income transactions. "But long-dated bonds are a bit of a drama to buy", he adds, and many are yielding below the firm's liabilities.

"Renewable energy is one of the rare opportunities still left in the market where you get adequate compensation for the risk you take. The critical thing is to get access to the assets themselves." 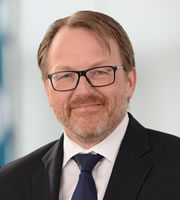 The instrument enables Gothaer to invest in assets via Capital Stage and get a 4% return. Capital Stage's Goedhart says that, whereas buying directly into projects leaves investors exposed to energy fluctuations, this arrangement offers them access to the assets they so desperately want, but with a steady yield. The interest can reach up to 6% if the asset overperforms.

"Interest payments only start after each capital call, so we can go project by project, with no pressure," Goedhart says, adding that there is a two-year deadline to invest the funds, but that he expects this to be achieved by the end of the year.

"When we signed the strategic partnership our capacity stood at 330MW, and we're now at 440MW. We could reach 600MW once we have invested this money, which is quite a story – nearly doubling your portfolio in 18 months. It took us six years to build up 330MW," he adds, saying the firm is "very open" to using this instrument again.

"We'd like to establish a blueprint for this kind of investment because we think it works for us as an insurance company and for the renewable energy partner," says Gothaer's renewables expert Maik Schulze, who devised the instrument.

He says it requires a partner that can invest its own equity into projects, either by having a strong balance sheet or access to the capital markets.

"This could very well become an attractive alternative to the yieldco for Europe" - Colm O'Connor, Kleinwort Benson Investments

"It's crucially different from a typical investment fund, where there is a manager who benefits from a fee," says Weidenfeld.

"If the whole thing goes bust, the manager still gets the fee, and the investor looks pretty unhappy. Here we've found a structure with a perfect alignment of interests: we both get happy or we both get unhappy. And that gives us a really good feeling as an investor."

Shareholders in Capital Stage are also pleased with the results. Colm O'Connor, of Kleinwort Benson Investments, has held equity in the firm for around 18 months and says the stock still has the potential for further "significant upside".

"Demand for the kind of structure that Capital Stage are involved in could become quite high, and this could very well become an attractive alternative to the yieldco for Europe." EF