Vela Energy's issue of the largest ever European solar photovoltaic (PV) project bond, which raised €404 million ($453 million), is a story of overcoming policy risk to tap into a market with great potential. 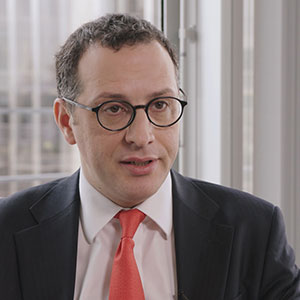 It was oversubscribed, with a handful of European institutional investors and one US investor, primarily from pension and insurance companies, the buyers.

The transaction opened an alternative pool of capital for the sector, which has previously been debt funded predominantly by local banks, according to Deutsche Bank, which was joint bookrunner in the Vela deal, alongside Caixa Bank.

The fixed-rate, non-recourse bond has a maturity date of 2036, and achieved a coupon of 3.195%. It is backed by a well diversified portfolio of 35 solar photovoltaic projects across Spain.

Vela Energy has been active in solar since 2006, developing and operating large-scale solar photovoltaic plants in Spain and Italy, with a total of 246MW under management.

"The transaction was a landmark precedent which opened the way to further Spanish renewable financings in the institutional project bond market, and serves as a reference for similar transactions in peripheral Europe"
- Pierre Kahn, Deutsche Bank

At first glance, Spain appears an obvious location for a boom in solar investment due to its high levels of irradiation. Between 2007 and 2014, however, the market for PV projects was, if anything, too successful. The Spanish government paid plant operators an incentive fee, for a period of 25 years, per kWh of energy fed back into the national grid.

"That created a wave of development way beyond what [the government] expected," Pierre Kahn, director of infrastructure and energy at Deutsche Bank, told Environmental Finance.

The level of incentive was high because the industry was in the early stages of development, but it remained locked in even as costs associated with PV-generated energy came down. Investors were getting very high returns helped by the Spanish government's incentives, at the same time as the national budget was suffering during the 2008 financial crisis, Kahn explained.

"Spain at that time was one of the leading markets worldwide for solar PV plants. Then it went to more or less zero new installations."

In 2014, Spain implemented regulatory reforms to the renewables system that were enforced retrospectively, whereby payment of incentives was mostly linked to capital value of a company's assets and agreed return on investment, with the level of payment to be revised every six years, Kahn said.

Vela's bond was issued through Vela Energy Finance, the company's special purpose financing vehicle, which is based in Luxembourg.

The longer term financing and different type of investors offered by a bond was significant in persuading Vela to choose this option over bank financing, which is the more traditional route for smaller deals to fund PV plants, Kahn added.

S&P gave the bonds a rating of BBB, which was valuable in providing the kind of confidence required for investors to return to the Spanish market, according to Suzanne Buchta, managing director of green bonds at Bank of America Merrill Lynch, which was placement agent for the deal.

Buchta said that alongside being able to create a big enough size to justify taking the bond route, investor confidence in project bonds remains an obstacle in many regions.

Kahn agreed the previous regulatory changes made placing the largest ever European solar bond a challenge.

"Nevertheless, the transaction was a landmark precedent which opened the way to further Spanish renewable financings in the institutional project bond market, and serves as a reference for similar transactions in peripheral Europe," he says.