Gemini's record-breaking size attracted countless headlines, but the project also broke new ground in the way it was financed.

The 600MW Dutch venture is the largest project-financed offshore wind initiative to date.

A total of €2.8 billion ($3 billion) was raised in May, comprising 2 billion in senior debt, 600 million in equity and 200 million in subordinated debt. The deal was evidence of increasing confidence to lend to offshore wind construction.

"The fact the deal closed within six months was a real shot in the arm for the offshore wind industry," says Dominik Thumfart, managing director of infrastructure and energy in capital markets and treasury solutions at Deutsche Bank, which was a mandated lead arranger, bookrunner, hedging coordinator and syndication bank.

"The fact the deal closed within six months was a real shot in the arm for the offshore wind industry" - Dominik Thumfart, Deutsche Bank

Syndication of the loans to a further dozen lenders was relatively easy because there was large appetite for the debt.

The sheer size of the deal was significant, as was the use of non-recourse debt.

"We proved to the world that nonrecourse finance of offshore of this scale was possible," says Peter Jacobs, head of project finance at the EIB, which stumped up €587 million of the senior debt. "It's been a game changer – we now see a lot of non-recourse offshore wind initiatives starting up around Project Gemini the UK, France, Holland and Belgium."

The EIB committed funding early in the process, which is widely seen as having encouraged others to invest. 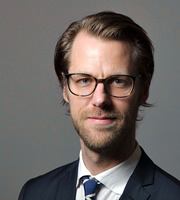 "There are not many precedents for using subordinated debt to finance offshore wind, but it's an investment class that fits us well because the interest rate visibility is better than equity, and because the debt is expected to be repaid within the subsidy period," says Johan Bernt Nordang, Copenhagen-based investment director at PKA Alternative Investment Partners.

Northland's involvement showed that offshore projects do not need large utilities as the main equity sponsor, says Michael van der Heijden, who was managing director of project developer Typhoon, which sold the project to the equity providers.

"This old image of needing big balance sheet owners such as large utilities is not true," he argues. "It's by getting new, more agile, players into the market that it will be a big success going forward."

David Williams, managing director with CIBC's energy investment banking group, says Northland's involvement helped attract other players in North America to the deal. This was CIBC's first offshore wind deal, and it was also a lead manager for Northland as it raised the capital to buy its equity stake.

He points out that Northland has since gone on to raise more capital for a second offshore project – Nordsee One off the coast of Germany.

Another novel feature of the way the deal was structured was that it used just two engineering, procurement and construction contractors, whereas many offshore wind projects have more. The contractors – Siemens and Van Oord – also took equity stakes in the project, which helped boost confidence among other investors.

Green Giraffe was financial advisor, Chatham was hedging advisor, Clifford Chance and Allen & Overy were legal advisors, with other advice provided by Mott MacDonald, Benatar and Co, and Poyry. EF