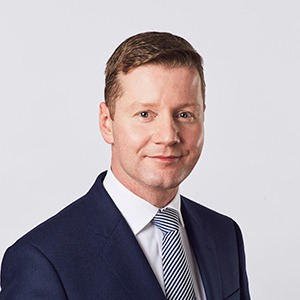 Environmental Finance: Ahead of COP 26, many companies have announced plans to aim for net-zero carbon emissions. How is S&P responding to this development?

We need to ramp up the current level of investment significantly to get anywhere close to a net-zero trajectory.

S&P has data on 15,000 companies which enables us to assess the extent to which their current commitments are aligned with the Paris Agreement. In aggregate, the targets of the S&P Global 1200 companies fall 72% short of where they should be for a 1.5oC degree trajectory.

Trucost data also shows that these firms could face up to $283 billion of costs by 2025 if the world’s governments impose carbon prices in line with their climate commitments. That is about 13% of their earnings.

S&P also offers net-zero-related investment benchmarks, such as the Paris-Aligned and Climate Transition index series and we are looking closely, from a credit ratings standpoint, at how companies are financing their net zero plans.

EF: Many businesses are also adopting the recommendations of the Task Force on Climate-related Financial Disclosures (TCFD). How can S&P help with this?

RM: The TCFD framework is very popular with regulators, but there are challenges in the details. For example, every company has its own view on how to conduct a scenario analysis. That is basically like asking each company to produce its own earnings forecasts. So, it’s very hard to compare those scenarios, as they are reported today.

At S&P Global, we conduct a TCFD scenario for all 15,000 companies that we analyse. That means we have a comparable, consistent data set which can be used by banks and asset managers and others who have exposure to these companies.

EF: The transition away from fossil fuels is a major feature of the net-zero trend. How has Covid-19 affected this energy transition?

RM: The pandemic has presented an opportunity for a lot of organisations to rethink how they operate and, in the case of financial institutions, what they’re financing. There’s been a wholesale change in activity globally and we’ve seen some evidence that there is positive change underway.

A study by S&P Global Ratings showed that the cost of capital for fossil fuel companies and carbon emission heavy organisations in the US is now higher than for their sector peers. In addition, S&P Global Market Intelligence found that the largest US and European banks reduced their exposure to energy companies and utilities quite significantly in 2020 compared to 2019.

But, while the pandemic has reduced global emissions, we have to make sure that we don’t have a rapid transition to a low-carbon economy that stunts the development of emerging market countries in particular.

S&P is providing a lot of data to the various actors involved – companies, banks, regulators and governments – to help ensure the energy transition is a ‘just’ transition.

EF: The pandemic has triggered a sharp increase in various forms of sustainable debt. What does S&P offer issuers and investors in this market?

RM: We already integrate ESG considerations within our credit ratings. In fact, in the last eight months of last year 2,300 credit ratings were affected in some way by ESG issues, with 900 downgrades.

S&P Global Ratings has a product called ESG Evaluation, which is a deep-dive assessment, using public and private information, that reveals the extent to which a company is prepared for the future. Companies often use that in the documentation associated with their sustainable debt issuance.

The firm also provides external reviews and opinions in which we assess the extent to which the issuance aligns with international frameworks. This is not a box-ticking exercise and involves a high level of engagement with the company, much like our credit ratings. It’s obviously not a credit rating, but it’s similar in the level of depth we go to.