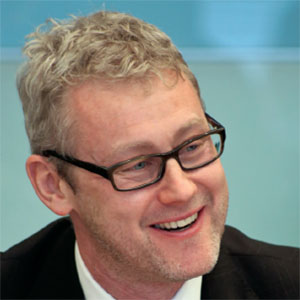 2019 was a pivotal year for the green, social and sustainability bond market.

The value of issuance for all three markets combined rose to $321 billion in 2019, up 52% on the previous year.

Cumulative issuance is set to pass the $1 trillion mark in 2020.

An online poll conducted by Environmental Finance suggested that the market is expected to continue to grow this year. Most respondents thought the value of issuance is likely to exceed $350 billion.

But it is not the growth of the market that made 2019 a pivotal year. To my mind, what was noteworthy in 2019 was the change in the tone of discourse in the market.

There has been a vigorous – and in my view very healthy – debate in the market, asking: "What is the market trying to achieve, and what is the best way to achieve it?"

This has manifested itself in numerous ways. Axa Investment Managers in June drafted a set of guidelines for transition bonds. The asset manager argued that this type of label may be needed to accommodate issuers from 'brown' sectors, such as oil and gas, which lack the green assets to issue a green bond, but which nonetheless have an important role to play in the transition to a low-carbon economy.

This comes after a number of issuers from such sectors, including Repsol and Snam, tapped the green bond market but attracted a mixed response from investors.

The discussion on transition bonds is still going on, with a working group on 'climate transition finance' established by the International Capital Markets Association (ICMA), which administers the Green Bond Principles (GBPs).

Credit Agricole in November issued a transition-labelled bond, in a private placement that was bought by Axa IM. The European Bank for Reconstruction and Development also issued a green transition bond.

But others in the market think that no such label is needed, and that the green label should accommodate these issues.

Another important event in the market's development came when Italian utility Enel in September issued a bond that bears a 'Sustainable Development Goals-linked' label.

The transaction was significant because in recent years Enel has issued numerous bonds with a green label, with the use of proceeds allocated to green projects, as recommended by the GBPs.

But this time it chose a different format – one in which the proceeds were used for general corporate purposes, rather than being allocated to dedicated green projects. And the coupon will rise by 25 basis points if the company fails to hit a target of generating 55% of its capacity from renewables by the end of December 2021.

The format of the bonds is similar to that seen in the flourishing sustainability-linked loans market, where the interest rate on a loan hinges on some kind of predetermined sustainability target.

As readers of Environmental Finance will know, Enel's issue received a mixed reception in the green bond market. For example, one green bond fund manager labelled it as greenwashing, describing it as "an option on Enel failing to meet its renewables targets".

But others were more welcoming. They see this format as exciting because it directly links an issue with the issuer's sustainability goals, which can help incentivise it to make the transition to a low-carbon business model.

ICMA in January 2020 set up a working group to explore the concept of 'sustainability/key performance indicator-linked bonds'.

So, 2019 was an interesting year for the market. But I think 2020 will be even more interesting.

The market has achieved much over the past decade, mainly in terms of building awareness and knowledge about green concerns with the financial community, including what are appropriate projects, targets and metrics.

But there is growing consensus that, as the climate emergency deepens, there needs to be urgent transition towards a lowcarbon economy, and the green bond market needs to lead this, if it is to stay relevant and meaningful.

I am pleased to see that, at least, the right questions are being asked and there is appetite for reform.