The low-carbon transition is picking up steam. According to figures from Refinitiv, just under $750 billion of sustainable debt was raised in 2020. But this is scratching the surface. The decarbonisation of the global economy will require a multiple of this figure, much of it directed to currently carbon-intensive industry sectors not considered as 'green'.

"Given how ambitious global climate targets are, there is a clear need to go beyond those companies who are already able to raise green financing," says Elena Chimonides, product specialist, fixed income primary markets at London Stock Exchange. "Where we might see the biggest impact against those goals would be by finding ways to support issuers from sectors that have traditionally not been active in green bond markets, to enable them to raise the finance they need to move towards greener operating models." 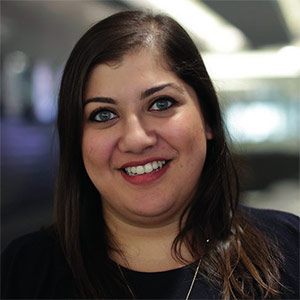 However, these sectors are not currently well served by existing forms of sustainable debt financing, she notes, as investors want "the bigger picture", that is, more than just the information mandated through market standards and regulation. This has encouraged London Stock Exchange to step in. "The exchange plays a key role in convening our markets," she says. "We're closely involved in the conversations around market developments and innovation, in terms of how we can bring together issuers and investors, help improve transparency, disseminate data and set standards that can help investment to flow."

In August 2019, London Stock Exchange began exploring its potential role in servicing this emerging area of sustainable fixed income, issuing a consultation on developments to its Sustainable Bond Market (SBM) – its platform dedicated to green, social and sustainable bonds, as well as bonds issued by green companies measured by their green revenues. The consultation asked for views on identifying the principles that would govern a potential 'transition bond segment'.

That consultation also sought input on, among other things, whether transition bonds should be treated as a separate asset class, what criteria should be used to avoid any risks of 'greenwashing', and what disclosure should be required. The message came back from both issuers and investors that London Stock Exchange has a role to play in facilitating transition bond financing. Since then, London Stock Exchange has taken a prominent role in industry discussions through the International Capital Markets Association (ICMA), participating in the Climate Transition Finance Working Group, and setting up its own SBM Advisory Group, with a specific workstream on transition finance.

Taking a view on transition strategy

Transition finance adds a further layer of complexity compared with existing forms of sustainable debt financing – namely use of proceeds bonds, where revenues raised are directed to specific and ring-fenced green, social or sustainable projects, and sustainability-linked debt, where repayments are linked to corporate-wide sustainability performance indicators. It involves coming to a judgement as to whether an issuer's transition strategy is rigorous and realistic. 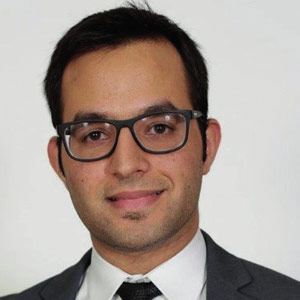 "The feedback we received from the industry and from our consultation was that the focus needed to be on how companies create credible climate transition strategies," says Shrey Kohli, head of debt capital markets at London Stock Exchange. "The core of how a company finances itself, and how it communicates that intent to the market, doesn't lie in the asset class that it uses, but in its strategy, vision and objectives."

"What was clear was that companies need to provide better disclosure to investors – through following global standards such as the Task Force on Climate-related Financial Disclosures [TCFD], and by providing a sense of their decarbonisation pathway, using science-based methodologies to the extent possible. And overall, they need to be aligned to the Paris Agreement or commit to being net-zero within a specific timeframe. Those were some of the building blocks we heard from the consultation."

The result of the consultation and the Working Group deliberations was the publication of the ICMA Climate Transition Finance Handbook in December 2020, and the launch, in February 2021, of London Stock Exchange's new Transition Bond Segment. As Chimonides explains, transition bonds will be admitted to a separate SBM segment, for reasons of transparency, clarity and ease of messaging to investors However, the new segment's eligibility criteria operate as "an overlay across the SBM segments that we already offer."

However, for an instrument to be eligible as a transition bond, London Stock Exchange sets the following criteria. The issuer must:

London Stock Exchange also allows issuers to use their Transition Pathway Initiative (TPI) scores as a way to seek eligibility to the segment, should they be assessed as integrating the management of climate risks in its operations. This provides effective disclosure and describes what emissions pathway a company is on and how it is aligning itself to international targets and national pledges made as part of the UN Paris Agreement, for example the aim to limit global warming to 2°C above pre-industrial levels. The TPI is a global asset-owner led initiative that assesses companies' preparedness for the transition to a low-carbon economy, and is supported by over 90 investors with more than $23 trillion in assets under management (AUM) or under advice.

"We decided to integrate TPI within our eligibility criteria as it is becoming a market standard, and brings together data related to a company's strategy, processes, disclosure and carbon pathways in an easy to understand and robust manner," adds Kohli. This builds on London Stock Exchange Group's pioneering work with TPI to develop a set of climate transition indexes launched by FTSE Russell earlier in 2020, and to which the Church of England's Pension Board allocated over £600 million ($825 million).

Chimonides expects that the Transition Bond Segment will be particularly of interest to emerging market companies who may not be well known to the investor base in London. "London Stock Exchange is helping issuers provide an additional layer of credibility needed to access the sustainable finance market," adds Kohli.

The Transition Bond Segment will follow on the heels of London Stock Exchange's Issuer-Level Segment. Launched alongside SBM, it was originally open to organisations whose core business is aligned with the green economy and, more recently following the publication of the Sustainability-Linked Bond Principles, where proceeds are linked to sustainability performance. "It helps issuers move from a 'use of proceeds' mindset towards looking at their broader balance sheet, their sustainability targets, and how they can link the two," says Kohli.

Organisations are eligible to issue bonds through this segment if they either qualify under London Stock Exchange's green revenues criteria or if they commit to future improvements in sustainability outcomes. For the former, they must have been awarded the London Stock Exchange's ground-breaking Green Economy Mark. This is awarded to companies whose equity is listed on a London Stock Exchange-operated market and which derive more than 50% of their revenue from However, to qualify for the SBM's Green Revenues segment, the threshold is set at 90%.

"It's a high enough threshold that investors can be confident of the pure-play nature of the issuer," says Chimonides, "while for issuers, it ensures that companies which may not wish to issue use of proceeds types of instruments, because pretty much everything they do is green, can get their story out there and benefit from the additional visibility."

Issuers of bonds on SBM that are eligible via the green revenues criteria have raised around £8 billion, with over £1 billion of this raised in 2020 alone. United Utilities was a frequent issuer in the market, pricing four transactions which raised some £700 million.

Launched in June 2020, the other Issuer-Level sub-segment, Sustainability-Linked Bonds, is for issuers who are committing to future improvements in measurable sustainability outcomes, such as reductions in greenhouse gas emissions, or increased use of renewable energy. These bonds must be issued in accordance with ICMA's Sustainability- Linked Bond Principles. These set out a series of pre-issuance disclosures, such as demonstrating consistency with an overall sustainability and business strategy, the identification of precise key performance indicators, and justification for specific targets. The principles also require post-issuance reporting, including verification and assurance of performance.

At the start of this year, UK retail giant Tesco issued its first sustainability-linked bond, a €750 million, 8.5-year issue linked to its greenhouse gas reduction goals. That bond is displayed on London Stock Exchange's Sustainability-Linked Bond Segment, Kohli says. "It provides a good example to UK issuers as to how to use the new type of instrument: it involves ambitious greenhouse gas reduction targets, with a step-up in the coupon if those targets are not achieved, and it combines balance-sheet management with the group's sustainability strategy."

Sustainable debt finance is able to address a much broader range of concerns than climate change – and it came into its own in response to the Covid-19 pandemic. Here, the exchange's Sustainable Bond Market played a critical role in mobilising finance from investors to help address the pandemic and its impacts, with £75 billion raised though Covid-19 related response bonds, including £7 billion from supranational issuers.

London Stock Exchange offered to waive listing fees for Covid-19 response social bonds, says Chimonides. "We said that for any instrument that can prove, through the use of proceeds language, or by refering to the relevant SDGs, that its proceeds will be directed towards mitigating the impacts of Covid-19, we'll waive the admission fees," she says. "That was really well received by the market and, subsequently, other exchanges did the same."

Kohli is seeing growing interest in the sustainable finance space as the UK looks forward to the critical COP26 climate talks, to be held in Glasgow in November, and as the UK government seeks to cement London's position as a centre of green finance – including through the issuance of the UK's first green gilts.

"The UK government has put its front foot forward, in terms of the ambition to issue its first green gilts and for mandatory TCFD reporting" across the UK economy by 2025, he says. This increased disclosure, and the need among financial market participants to better understand ESG risk and opportunity across issuers and financial instruments, plays to London Stock Exchange's strengths, says Chimonides. "I think there's going to be a growing focus around data and how solutions can be used to increase the consistency across different issuances and different platforms ... There is a desire for information providers to be better aligned [on ESG data]."

Here, the recent acquisition by London Stock Exchange Group of financial data giant Refinitiv will turbocharge this effort, says Kohli. "The larger group will have a substantial role to play, not just in helping issuers access capital markets, but also in helping them disclose the right data to investors who include ESG in their investment criteria. Our role as a market infrastructure provider puts us at the centre of this nexus."