Setting new Standards for reporting in the Sustainable Bond Market 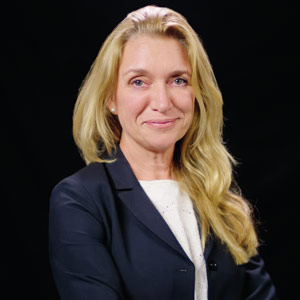 It is generally recognised that the Nordic region has been a standard-bearer for good environmental practice and for the development of the sustainable bond market over the last decade, with the World Bank's first green bond, in November 2008, denominated in Swedish krona and led by SEB. Among borrowers from the region, while public sector issuers such as the Nordic Investment Bank (NIB) and Norway's KBN Kommunalkredit were among the earliest issuers of green bonds in 2010, the Swedish real estate company, Vasakronan, has made history in the market twice. Having issued the world's first green bond from a corporate borrower, in November 2013, it also launched the first ever green commercial paper (CP) programme in 2018. Gothenburg, meanwhile, registered a notable first in 2013 when Sweden's second largest city launched the first ever green bond by a municipal authority.

More recently, Nordic-based green bond issuers have continued to act as world leaders in the green bond market. In 2019, green or sustainable bonds accounted for 12% of new issuance in the region's bond market, compared with a global average of 5%.

Over the last five years, the Stockholm-based Nasdaq has also been at the forefront of the green capital market's development, with many of its pioneering initiatives spearheaded out of its European HQ in Stockholm. In 2015, it launched the Nasdaq Sustainable Debt Market, which was then the first market for sustainable bonds in the world, and it has since been among the world's most successful dedicated green bond segments, with volumes growing in double digits since inception. By the end of 2019, there were 222 instruments listed on the market, valued at €13.5 billion, compared with 149 worth €8 billion a year earlier.

A separate and more recent initiative has been the launch in December 2019 of the Nasdaq Sustainable Bond Network (NSBN), an innovative platform harnessing Nasdaq's unrivalled technological and data capabilities to improve the transparency of the market. Ann-Charlotte Eliasson, Head of European Debt and Sustainable Bonds at Nasdaq in Stockholm, says that for issuers and investors, the benefits of enhanced standards of transparency across the market for green, social and sustainable bonds are extensive. "From the perspective of issuers, there are several hurdles associated with funding through the sustainable bond market," she explains.

"Reporting is time-consuming and the information needs to be dispersed across a wide community of interested parties."

The process of investing in sustainable bonds can be equally labyrinthine. "The investors we've spoken to have been quite outspoken in telling us that it is very difficult to draw meaningful comparisons between issuers in the green bond market," says Eliasson. "Because issuers make different assumptions about the impact that their use of proceeds will have on climate change, for example, it is impossible for investors to make informed and confident calculations quantifying their own contribution to decreasing CO 2 emissions."

Eliasson says that this challenge is compounded outside Europe. Most European exchanges, she explains, now have dedicated sustainable market segments which provide investors with relatively easy access to the green bond frameworks governing the issuance of sustainable instruments. In the US, however, the majority of bonds remain unlisted, which means that reporting standards can be weak. "In the case of unlisted bonds, investors looking for information about use of proceeds have little option but to visit each issuer's website," says Eliasson.

"In other words, institutions or individuals wanting to invest in alignment with the Social Development Goals (SDGs) have to do an enormous amount of independent research."

This can be doubly frustrating for investors aiming to build portfolios of sustainable instruments that are well-diversified geographically, and which lend themselves to consistent and transparent comparative metrics. Eliasson says that this is an especially important consideration for investors in the Nordic region, where many institutional and retail accounts are eager to reduce the local concentration of their exposure without compromising on their SRI objectives. The volume of new issuance from Nordic borrowers is, however, inevitably limited by the relatively small size of the region's economy. 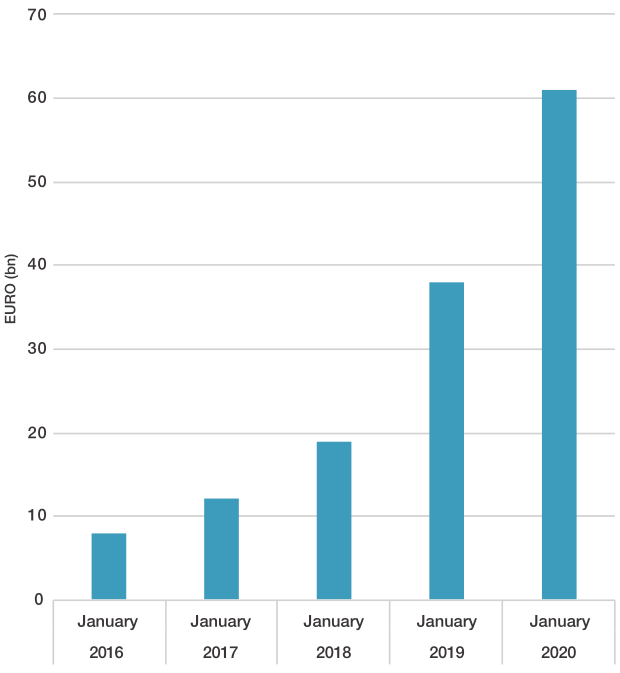 Nasdaq's response to these conundrums has been the launch of the NSBN. This is designed simultaneously to lower or eliminate hurdles for issuers, and to provide investors with the transparency they need to ensure they are comparing like with like in the sustainable bond market, and thereby meeting their due diligence obligations.

Eligibility for inclusion on NSBN is based on a number of key criteria aimed at maintaining comparability and safeguarding against any suggestion of greenwashing among issuers represented on the platform. Aside from identifying which green, social or sustainability standards it complies with, each issuer is required to submit for publication a document clearly detailing how it plans to allocate the bond's proceeds. This so-called Framework must be reviewed externally by an independent agency, updated at least annually and until the proceeds have been fully disbursed, and clearly amended in the event of any changes to the original Framework.

Once they have been approved for inclusion, NSBN will display all the issuer's documents, data and qualitative information on its open-to-all website. This information is then disseminated in a machine-readable format through proprietary market data feeds easily accessible by investors.

Eliasson says that the reporting structure chosen by the NSBN leverages methodology tested in the Nordic region which has already won widespread recognition for its transparency. Originally introduced by Nordic public sector issuers, this was given a ringing endorsement in a report published on the region's sustainable capital market by the Climate Bonds Initiative (CBI) in 2018. The CBI analysis observed that "the very high use of external reviews across the region contribute to improving market integrity and are setting standards for others to emulate." 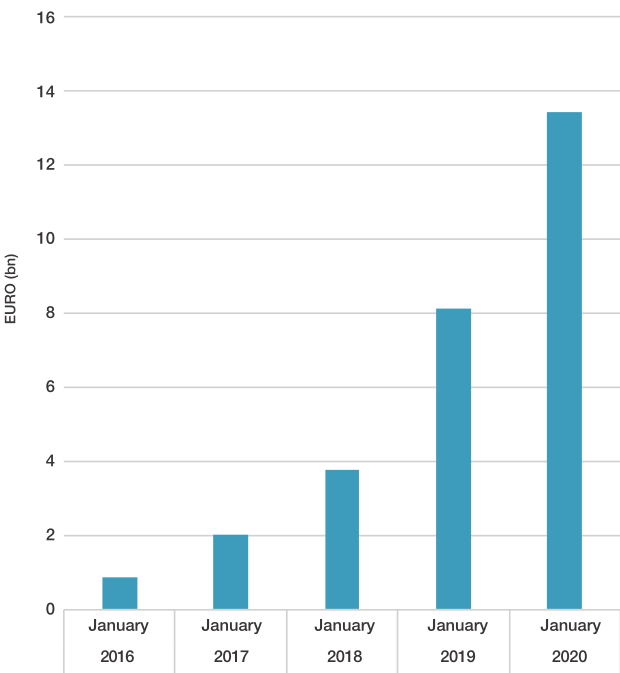 As a comprehensive information portal still in its infancy, the NSBN is highly flexible, allowing issuers to provide material to support the validity of the information included in their basic framework. As Eliasson says, a company channelling the proceeds of a green bond issue into, for example, a solar plant in China, can use the network to distribute progress reports in photographic format, audit reports or other verification channels that can add value for investors.

Eliasson emphasises that the network's flexibility will allow it to evolve in step with the broader global sustainable bond market. This reflects the practical expertise and day-to-day influence on the market's development of the NSBN's global Advisory Board, which is made up of a virtual who's-who of participants across the sustainable capital market. This encompasses investing institutions such as Allianz Global Investors, regular and innovative issuers ranging from the Nordic Investment Bank (NIB) to the San Francisco Public Utilities Commission, longstanding market intermediaries including SEB and Bank of America, and respected climate research groups such as Cicero.

NSBN's Advisory Board will meet regularly and provide feedback on any necessary extension or adaptation of the Network. "It is important to recognise that we are still at a very early stage in the development of the platform," says Eliasson. "The Advisory Board will play a key role in shaping the evolution of the network by continuously assessing if we are collecting and distributing the right data and if there are other services we need to build into the platform."

Although the platform is still at a formative stage of its development, more than 4000 issues have already been confirmed for entry to the NSBN from a wide range of borrowers, with European issuers accounting for about 75% and those from the US for 25%.

"The benefit for issuers is that the network supports them in reaching out to a global investor base, while for investors it gives them the information they need to build more diversified portfolios," says Eliasson. "While we started off with European and US issuers, we are now engaged in constructive dialogue with issuers from other regions, and we are hopeful that a number from Asia will come on board soon."

The expansion of the geographical reach of issuers represented on the platform can be expected to kick start a virtuous circle for the global green capital market, promoting further growth of the investor base and thereby supporting rising inflows of liquidity into the green bond market.

Towards a New Normal in the International Bond Market

Underlying the expansion of the NSBN will be an unequivocal commitment to transparency and to increasing visibility on the use of proceeds. As Eliasson says, this will represent something of a new departure for the global fixed income market, where investors have historically been kept in the dark as to how their investment has been used. The transparency provided by international standards such as the Green Bond Principles and championed by initiatives such as the NSBN may point the way towards a revolution in the international bond market. Under this new normal, borrowers that in the past have routinely assumed that investors will accept that proceeds are for "general purposes" will be required to pay an increasingly hefty premium for their opacity.