Despite the complexities, interconnectors will not only facilitate our journey to net-zero, but also provide a social benefit by improving communities and levelling up, says Nathalie Lemarcis

When the Champlain Hudson Power Express starts to transmit electricity underground from Quebec to New York in 2025, it will deliver green hydro power to the heart of the city. 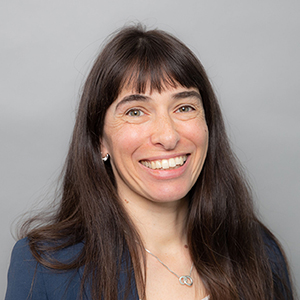 It will also make the supply more resilient after a decade in which hurricanes, heatwaves and flooding have periodically left thousands without electricity.

At a time when energy security and soaring electricity prices are concerns worldwide, a growing number of these high-voltage cables are being planned. Also called interconnectors, they link the electricity systems of neighbouring countries or regions, allowing power to be transmitted from one to the next or, increasingly, supply renewable generation to the market.

As the energy transition speeds up, and countries become more dependent on renewable energy, interconnectors allow a country to tap a neighbour's power market based on demand.

Furthermore, interconnectors can also be used as energy transition assets. Rather than maintaining a thermal reserve capacity in the form of coal or gas, good interconnections between markets can provide this infrastructural resilience instead.

A wave of new projects expected

The EU has among the most ambitious goals for cross-border interconnectors, which it believes will both boost the security of electricity supply and integrate more renewables into its energy markets.

The EU has set an interconnection target of at least 15% by 2030 – that means each country should have in place high-voltage cables allowing at least 15% of the power generated in its territory to be transported across its borders.

While previously interconnectors tended to be developed, built, and financed by the transmission system operators running the various countries' grids, we are now seeing a lot more developed and backed by independent private sector companies.

This new breed of interconnector is increasingly looking to the project finance market to provide financing.

For example, the Greenlink Interconnector that reached close on its €500 million investment in March 2022, will connect the power grids of the UK and Ireland by way of a 190 kilometre subsea and underground cable. Set for completion by 2024, it is the first privately financed interconnector in Europe.

This project is supported by cap-and-floor arrangement, with the UK government and an analogous arrangement with the Irish government. For bankability, you receive a certain minimum amount of revenue for building the infrastructure but, equally, don't get the benefit of very high prices if there are some constraints in the market that could yield a super profit.

The arrangement gives some boundaries to the risk, as opposed to completely mitigating the risk.

Although interconnectors might seem conceptually simple, they can be highly complex, and no two are the same. This complexity arises from the cables often being cross-border, meaning you must negotiate with two regulators and consider the different dynamics of two markets.

"As renewable sources of power such as offshore wind make up more of the energy mix, so too interconnectors will play a vital role in connecting them to the cities and industrial centres most in need"

By contrast, the financing structure of the NeuConnect Interconnector, creating the first direct power link between Germany and the UK, is largely different from Greenlink, yet with its own challenges. The Champlain Hudson Power Express is different again.

Despite the complexities, this new breed of interconnector will not only facilitate our journey to net zero, but also provide a social benefit by improving communities and levelling up.

By stitching together neighbouring power grids and facilitating the delivery of clean power to market, interconnectors will improve energy sustainability, resilience, security and arguably, even affordability.

As renewable sources of power such as offshore wind make up more of the energy mix, so too interconnectors will play a vital role in connecting them to the cities and industrial centres most in need.

Nathalie Lemarcis is co-head of advisory and project finance at Societe Generale.