The catastrophe risk management market has been buoyed by an influx of capital in 2014, writes Peter Cripps

2014 has been "a banner year for the catastrophe (cat) bond market," says Bradley Livingston, vice president of insurance-linked securities at Willis.

Willis, which was voted Best Broker, forecasts that some $8 billion of catastrophe bonds will be issued by the end of 2014, smashing the 2007 record of $7.2 billion.

Capacity outstanding will also be at an all-time high of more than $22 billion, Willis predicts.

The cat bond market attracted six new sponsors during the year, accounting for $1.6 billion of issuance, according to Willis, which was involved in two of these deals.

The market has seen steady growth in the past two years, having proved attractive to a wide cross-section of investors because it is uncorrelated to cycles taking effect in other marketplaces, says Cory Anger, global head of ILS structuring for GC Securities, which won Best Dealer/Structured Product Provider, beating last year's winner Swiss Re.

This capital has been attracted by the returns on offer in the market, which have proved particularly appealing in the lowinterest rate environment in the wake of the financial crisis.

Returns over the 12.5 years to mid-2014 (based on the BB Swiss Re Cat Bond Index) were an average of 8.6%, says Anger, pointing out that the cat bond index over that period has outperformed all others apart from commodities.

One of the main trends has been that the influx of capital into reinsurance markets and that combined with low levels of losses in recent years has helped push coupons down, say market players.

Meanwhile, Brent Poliquin, manager of insurance linked securities at AIR Worldwide, says 2014 has seen a continued increase in the use of transactions involving an 'indemnity trigger' - meaning the payout is caused by losses to the insurer issuing the bond, rather than when industry losses from a catastrophe, measured by third-party indexes, reach a certain level.

AIR Worldwide, which was voted Best Advisory/Data Service, claims to have provided the modelling for the majority of these indemnity-triggered bonds in 2014.

The increasing popularity of these instruments, more typically a structure used in reinsurance, meant that "the line that distinguishes the differences in the coverage provided between traditional reinsurance and catastrophe bond-funded reinsurance continues to blur," adds Willis's Livingston. 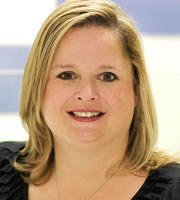 Anger at GC Securities points to a number of new sponsors attracted to the market in the past year, and the fact the market has extended into new geographies.

For example, GC Securities led a placement for Generali, which was the first ever indemnity-triggered transaction in Europe.

But if interest rates rise, will the market will start to lose its appeal?

Barney Schauble, a managing partner at Nephila, which won Best Trading Company/ Investor, does not believe so.

"Some investors have been in this space for nearly 20 years and include some of the largest and most sophisticated institutions in the world. There are some in the market that are search-for-yield investors (as in all markets) but, for most, it's about the noncorrelation of assets."

Claude Brown, a London-based partner at Reed Smith, which won Best Law Firm, agrees: "These are sensible and informed investments, and many investors will be in the market for the long haul."

Indeed, Schauble is bullish about the market's prospects.

"The biggest key to understanding this market is that there are lots of individuals and businesses who would like to buy protection against some sort of natural hazard, but can't get it," he says. "As long as that remains a problem to be solved, there's not enough capital being applied, and we think the market can continue to grow." EF