Banks are only just beginning to grasp the opportunities presented by the transition to a low-carbon economy, argues Lauren Compere 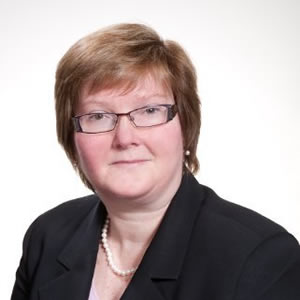 Two years ago, Boston Common published a thought piece, and then subsequently led an engagement campaign, calling on the banking sector to adopt long-term climate strategies that grasp the financial opportunities of supporting a transition to a low carbon economy.

With the Paris Agreement being ratified and cementing the long-term trajectory of global climate regulation, that engagement has become a very important piece of work which reveals that banks are not acting quickly enough on climate risk and opportunity.

The engagement campaign, backed by a $500 billion coalition of 80 global, institutional investors, approached 61 banks including the world's largest underwriters of carbon-intensive industries such as oil & gas, utilities and coal. The conclusions, published in our 'Banks and Climate Change Impact Report' found a huge divide between banks' current practices and the financial sector's potential to support the transition to a low-carbon future.

The outcomes of Paris have underlined the huge opportunity for the private sector to benefit from the low-carbon transition.

This funding requirement has been estimated at around $4.8 trillion – more than the entire GDP of Japan or Germany(1).

Banks can take a huge slice of this pie as they can finance, underwrite and invest in lucrative growth markets from energy efficiency to water and waste. At the same time, banks face increasing regulatory headwinds, driven by the Financial Stability Board's Climate Taskforce and the EU ministers' discussion of a "carbon stress test" for banks and financial services firms.

In our engagement we found a few leading lights such as Australia and New Zealand (ANZ) Bank, which set a target to increase its lending to gas and renewable power generation by 15-20% between 2011 and 2020.

Paris has created a fast track to a multi-trillion opportunity for the world's largest banks, but they will need to up their game if they want to claim the reward.

In the US, Bank of America and Citigroup both showcased best practice. Bank of America made a 2007 commitment to finance $20 billion of new climate mitigation, adaptation and energy-efficient technologies, while Citigroup has successfully directed $54 billion towards climate change-related opportunities.

Dutch bank ING Group and DNB in Norway were also impressive, as it is reported that they direct 39% and 36% of their energy portfolios respectively, toward renewable energy.

US giant Wells Fargo also disclosed that renewable energy projects, owned in whole or in part by the bank, produced 11% of US solar photovoltaic and wind energy generation in 2013.

Others, including HSBC and UBS, have established board-level oversight of environmental policies and performance, and ANZ has specifically highlighted direct consideration of climate goals in the compensation process.

Overall, banks are missing the chance

These best practice case studies are encouraging, but they unfortunately are isolated examples. Most banks are, so far, failing to take their share of the historic changes that the Paris Agreement has catalysed.

For example, we asked whether banks assess the carbon risk of their lending and underwriting, conduct climate-related stress tests or measure carbon footprints. The answers to all these questions tended to be underwhelming.

The vast majority of banks do not perform climate-related stress tests that would define their exposure to natural disaster risk (as the insurance industry does on a routine basis).

Perhaps the most surprising of our findings was that no bank is currently measuring its carbon footprint.

This comes at a time when the 'Montreal Pledge', which commits institutional investors including Boston Common Asset Management to measure and publicly disclose the carbon footprint of their portfolios, has now reached over one hundred investors managing over £8 trillion in assets.

The Portfolio Carbon Initiative (formerly the UNEP FI-WRI GHG Protocol), which originally undertook the task of developing a carbon footprint methodology for banks, is now developing guidance on climate-performance metrics. While we are supportive of this industry effort, it does not go far enough.

PNC show how things can change

All is not lost, as we are confident that the banks can change direction. A good example of this has been our work with US bank PNC Financial in recent years.

In 2014, it was a target of NGOs such as the Rainforest Action Network and there were even protests outside its branches.

However, a change in leadership and a new commitment to pursuing a climate strategy overseen by the board, embedding social and environmental risk into their credit function, and establishing an annual environmental stress test – not only has helped the bank to better prepare for a transition to a low-carbon economy but has even sparked a shift in the bank's corporate culture.

Paris has created a fast track to a multi-trillion opportunity for the world's largest banks, but they will need to up their game if they want to claim the reward.

Rapid change led by motivation shifts. Find out how the region's green sentiment is evolving. Get insights on Asia.

This vital sector needs to expand to meet the growing demand for data and connectivity. Can it do that without adding to greenhouse gas emissions and widening the digital divide?