The idea that carbon removals are superior to carbon avoidance is based on a fundamental misunderstanding of the IPCC report. In reality, we need to scale both, argues Renat Heuberger 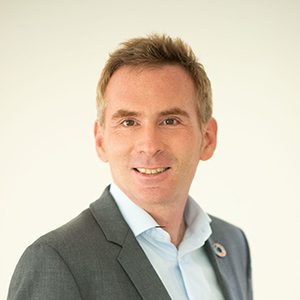 Picture yourself on a bridge, with a plastic bottle in your hand. You have two options: Either you throw the bottle into the river, let it wash to the sea, and then hope that somebody will remove it from the ocean. Or you avoid that bottle from going into the river in the first place, by throwing it into a recycling bin.

Most people would agree that avoiding is superior to removing the damage.

Not so in voluntary climate action. Avoidance and removals are, broadly speaking, the two ways in which you can get rid of CO2 emissions. Either you avoid further CO2 to be released, for instance by promoting clean cookstoves, fixing methane leaks, or protecting forests. Or you remove CO2 from the atmosphere, by planting trees or sequestering carbon from the atmosphere and bury it on the ground.

Recently, leading voices have argued that when offsetting carbon emissions you should prioritise removals over avoidance. Microsoft is an example: "The company has contracted the offset credits in its full-year 2021 carbon removal portfolio, with the bulk of the volume coming from forestry projects which lock up atmospheric CO2 emissions."

The University of Oxford even states, in its Principles for Net Zero Aligned Carbon Offsetting:
"Shift to carbon removal offsetting (...) Users of offsets should increase the portion of their offsets that come from carbon removals, rather than from emission reductions."

So where does this sudden preference for removals over avoidance come from? We argue that a main reason appears to be based on a colossal misunderstanding, which goes back to the IPCC's Special Report on Global Warming of 1.5֯C. The report defines: "Net zero CO2 emissions are achieved when anthropogenic CO2 emissions are balanced globally by anthropogenic CO2 removals over a specified period."

IPCC talks here about the endgame: In a world that has decarbonised to the maximum extent possible, hopefully in 2050 or even earlier, there are obviously no more emissions to be avoided – and therefore, to get to zero, you have to remove what is left.

"On the way to net-zero, on top of decarbonising along a science-based target, we need as many companies as possible to also compensate for their remaining emissions"

The misunderstanding stems from numerous NGOs and companies mixing up the desired endgame in 2050 with the reality today in 2021. Right now, we are still far away from a net-zero world, and at this point a huge amount of emissions are still left to be avoided.

On the way to net-zero, on top of decarbonising along a science-based target, we need as many companies as possible to also compensate for their remaining emissions.

Compensation is necessary to pilot innovative mitigation activities that can help sectors and countries to avoid and reduce their emissions. As such, it provides necessary financing to make sectors realise how they can become intrinsically low-carbon.

SBTI, a standard setter for credible net-zero strategies, recommends both avoidance (=compensation) and removals (=neutralisation): "In the transition to net-zero (...) companies may opt to compensate or to neutralise emissions that are still being released into the atmosphere while they transition towards a state of net-zero emissions."

Focusing on removals only is very unlikely to decarbonise at the speed we need to keep global warming in check. IPCC itself warns: "Such ideas for CO2 removal have not been proven to work at scale and, therefore, run the risk of being less practical, effective or economical than assumed.

"There is also the risk that the use of CO2 removal techniques ends up competing for land and water, and if these trade-offs are not appropriately managed, they can adversely affect sustainable development."

And the Stockholm Environment Institute (SEI) concludes: "Today, avoiding emissions is just as important – if not more so – as removing them."

No doubt, technical and nature-based carbon removals are an essential part of the quest to reach net-zero, and scaling investments in such technologies is key to bring them down the cost curve. But the idea that companies, therefore, should compensate their remaining emissions only through removals is based on a misunderstanding – in reality, we need to scale both avoidance and removals if we want to avert disastrous climate change.

Similarly, it is key to scale technologies to remove plastics from the ocean – but you should still avoid throwing your bottle into the river.

Europe demonstrates commitments to net zero and climate reduction policies - find out just how much the paradigm is shifting.

Green Group: What lived once will live again

As EU policy calls for greater and faster progress on the creation of a circular economy, European recycler Green Group is hailing a "golden age for recycling". Here, the company's co-founder and chairman tells us why that is - and how Green Group is turning PET packaging into new, recycled products, with a reduced CO2 footprint.