The catastrophe bond and broader insurance-linked securities (ILS) market continued to grow and break new records in 2018, despite a spate of costly natural disasters which left some investors nursing losses.

Hurricanes Harvey, Irma and Maria (HIM) in 2017 caused billions of dollars of damage, and are thought to have triggered a small number of catastrophe bonds.

The losses continued in 2018, which has witnessed hurricanes Florence and Michael in the US, two typhoons in Japan, a number of wildfires in California, and an earthquake in Alaska.

Some analysts doubted that the market would remain active if it was hit by major natural catastrophe events. Yet the market remained liquid in 2017 and investor capital has been more than replenished in 2018.

“Investors took losses in 2017 but they deployed more capital and the market still grew in 2018,” comments Shiv Kumar, president of GC Securities, part of Guy Carpenter. “Investors also expect to take – and will take – losses in 2018. The interest in the space is sustainable despite the losses.”

At the time of writing, in early December, the ILS market was estimated to have seen a record $13.7 billion of issues in the year-to-date, leaving some $37.7 billion outstanding. This is also a record.

“Investors will stay with it because there’s a positive risk premium associated with the asset class,” he believes. “In the long-term, the asset class makes a ton of sense for them. The money is sticky.” 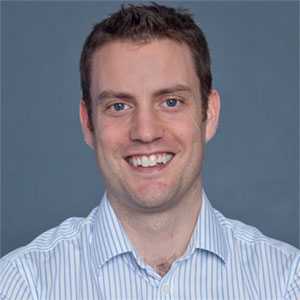 Chris Parish, a Bermuda-based portfolio manager at Nephila Capital, also sees continued strong interest in the market, but he has also observed changes in pricing dynamics in recent months.

Following the hurricanes, spreads of cat bonds widened, then shrank back again over the summer, and in recent months have been widening again.

“Some repricing occurred due to Irma, but it was short-lived,” he says. “The market overestimated the changes that would occur and many were left disappointed. By mid-year 2018, pricing relaxed back to [levels] prior to HIM.

“But spreads in the cat bond market have widened approximately 10% over the past few months, indicative of some holders selling and what we believe to be reduced investor appetite.”

He points to a recent cat bond issue that was downsized and priced at the wide end of expectations. The issue was Golden State Re II, which covers compensation claims resulting from earthquakes on behalf of sponsor California State Compensation Insurance Fund.

It raised $210 million, down on initial plans for an issue of $225 million or above, according to data provider Artemis.

“We see stresses in the market,” continues Parish. “Investors are looking for higher returns to compensate for the risks.

“We are optimistic about 2019 for our investors – stresses bring opportunity, so we are excited about the next year.”

The maturing market continues to innovate. The main innovations of 2018 were to be seen in the types of peril covered, rather than new structures, says Parish.

2018 saw the first cat bond covering US flood risk. The sponsor is the US’ National Flood Insurance Program (NFIP), which is administered by the US Federal Emergency Management Agency (FEMA). It raised $500 million in a transaction that was upsized from $275 million. It covers losses to the NFIP from flood events caused by named storms. GC Securities was the sole structuring agent and joint bookrunner.

“Five years ago, this would have been considered a very exotic risk, even within the cat market,” claims Kumar.

Guy Carpenter was also involved in a $200 million bond (Cal Phoenix Re) for California utility PG&E covering wildfire. This covered liability loss for third-party property, where the utility might be held liable for sparking a fire. At the time of writing, it was thought that the bond might be triggered in the wake of the Camp wildfires.

The company was also involved in a $400 million bond called Acorn Re for healthcare provider Kaiser Permanente for business interruption resulting from earthquake risk in Washington State and California. This has a parametric trigger.

“We are beyond the time when it was only earthquakes or hurricanes,” Kumar says. “Modelling firms are developing models for new perils, such as flood and wildfire. Then it’s easier to package that risk and put a price on it.”

The market could see the first bond covering terror risks, and a cyber bond is also possible, he believes.

Kumar thinks governments have good potential as sponsors of cat bonds, as they look to take risk off their balance sheets. He points out that the government of Mexico has already transferred earthquake and hurricane risk to the capital market.

There is also the potential for the market to expand into new geographies, adds Kumar, “including Asia, where thus far Japan has been the only significant player”. He points out that Singapore has brought in legislation to allow special purpose vehicles for the ILS market.