While the GCF was intended to make the CIFs obsolete, the CIFs still have a key role to play, at least for the time being, argues Alexandra Tracy

In the run up to the COP26 climate conference in November, the role of the international climate funds in scaling up investment in climate action will come under greater scrutiny.

The United Nations Green Climate Fund (GCF) is the largest dedicated fund supporting developing countries, accounting for two thirds of all multilateral climate finance in 2020. Of the various financial mechanisms, the GCF tends to garner most news coverage, often for the wrong reasons – but what do we know about its more grown-up cousins, the Climate Investment Funds (CIFs)?

The CIFs were established in 2008, under the auspices of the World Bank, in order to pool international resources and give developing countries urgently needed assistance in moving towards low carbon development.

There are two main funds under the umbrella of the CIFs, the Clean Technology Fund (CTF), which receives nearly 70% of total funding, and the Strategic Climate Fund (SCF). The latter contains three sub funds: the Pilot Programme for Climate Resilience, the Forest Investment Programme and the Scaling Up Renewable Energy Programme for Low Income Countries.

Both the GCF and the CIFs, then, share the goal of channelling funding at scale into climate action in developing countries, although the GCF's choice of language (in its Governing Instrument of 2011) that it "will promote the paradigm shift towards low emission and climate resilient development pathways" has given rise to many hours of semantic discussions about what this really means.

The GCF also specifically allocates half of its resources to adaptation, where the CIFs tend to focus on mitigation, especially through the CTF, their largest capital pool.

Both the GCF and the CIFs have been capitalised by contributions from donor governments, almost all of them developed countries. The GCF received more than $10 billion during its first fundraising round, topping the $8 billion or so controlled by the CIFs.

Each fund incorporates an explicit commitment to leveraging this public capital to mobilise maximum coinvestment from the private sector. The CIFs, for example, expect their pledged funds to attract an additional $58 billion of cofinancing. The two funds differ materially, however, in how to achieve this. 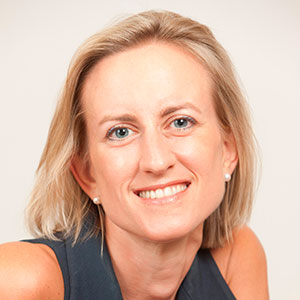 The newer GCF aims to go beyond these traditional relationships and to work directly with private sector investors and lenders, both global institutions and local organisations in developing countries, each of which it vets through a rigorous approval mechanism.

This was a laudable ambition to accelerate the transfer of capital to a wider group of institutions which could deploy it rapidly on the ground. However, the GCF's accreditation process has proven to be lengthy and remarkably onerous, putting off some private sector candidates, who may already be accustomed to working through the multilaterals and happy to continue doing so.

In an effort to reach a wider private sector audience, the GCF has also been experimenting with Requests for Proposals (RFPs). Its "Pitch for the Planet" RFP, launched in May 2017, was a global campaign to tap commercial funding sources for climate change mitigation and adaptation. The response to this RFP was considerable, but the fund failed to evaluate and shortlist the proposals in a timely manner, which probably resulted in the loss of promising investment opportunities.

One strategy for mobilising private sector funding at the CIFs has been a strong emphasis on programmatic funding – that is, establishing ongoing investment frameworks, as opposed to funding projects on a case-by-case basis.

Such an approach is also part of the GCF's strategic plan, but the fund has been slow to put in place the policy framework needed to support this.

The GCF falls under the authority of the UNFCCC, unlike the CIFs, but operating fund governance is similar in a number of ways. Both the GCF board and the trust fund committees, which oversee the CTF and SCF, are composed of equal representation from developed countries and developing countries.

In addition, each organisation invites observers from civil society organisations, indigenous people's groups and the private sector to attend its meetings and to participate in discussions.

It must be said, however, that the CIFs are far more settled organisations than the GCF. Their policies and decision making processes are relatively mature, unlike that of the GCF, where board members still struggle to agree on priorities and to reach consensus on the most basic issues. (See the Climate Markets and Investment Association website for Margaret Ann Splawn's blistering account if you want an update on this).

It may seem odd, therefore, that the CIFs were only supposed to be a short term intervention and that there has been regular pressure over the years for them to begin the process of "sunsetting", or shutting down, to allow the GCF to take over the roles the CIFs currently fulfil.

The theory is that when the GCF successfully scales up delivery of funding, especially through developing its own programmatic focus and working through a much wider range of financial entities, there will be no further need for the CIFs.

So far, however, it is clear that the CIFs are still leading the way. At the recent G7 meeting in Cornwall, the United Kingdom, the United States, Canada and Germany together committed an additional amount of up to $2 billion to the CIFs coal transition and integrating renewable energy programmes. This donor funding is expected to mobilise some $10 billion in cofinancing.

It seems that the sun won't be setting on the CIFs any time soon.