The era of coal is ending – and finance can end it, argues Jacqueline Tao

We are witnessing the beginning of the end of coal. Rising political climate ambition — across governments, finance institutions and civil society — and the deteriorating economics of coal are converging to push it out of favour.

While it will not be disappearing from the world's energy mix just yet, the writing is clearly on the wall for the world's dirtiest fossil fuel.

Did COP26 'consign coal to history'? 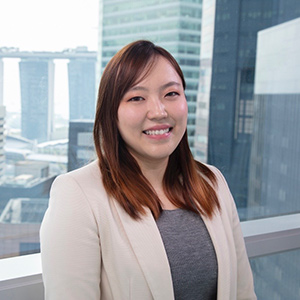 Whether that was achieved at COP26 is debatable, but the progress made there was certainly a significant blow to the coal industry and a milestone that may be looked back upon as the beginning of the end for this polluting fuel.

The Glasgow Climate Pact in the end agreed to 'phase down' unabated coal use, as well as the 'inefficient' fossil fuel subsidies.

Though this statement is vague, with no deadline, and it was disappointingly weakened at the last minute, it represents a significant milestone to be included at all. The signal was clear: coal is on notice.

Outside of the official negotiations, 40 national governments joined a pledge to quit coal, although the US was conspicuously absent.

Still, it is a remarkable sign of the times that coal-heavy nations like Indonesia and Vietnam signed this agreement and agreed to the COP coal phase down text — something that would have been unbelievable even a few years ago.

The financial sector might have dealt the final blow to coal's exit. Even before COP26, financial institutions, both public and private, were increasingly shutting their doors on financing unabated coal.

Just weeks before COP, China, home to the three biggest financiers of coal, announced that it would no longer finance coal abroad.

Collectively, over 100 of the world's largest financial institutions, including banks, insurers, asset managers and owners, now have commitments not to finance new coal. This has led to the shut down of massive coal pipelines, particularly in Asia.

However, coal divestment is only part of the solution. The need for finance to support the energy transition may be best summed up by Indonesia's finance minister, Sri Mulyani Indrawati.

When asked about Indonesia's increased ambitions to phase-out coal by 2040, from the previous 2056 target, Sri Mulyani bluntly replied that while coal phase-out is on the policy agenda, such ambitions are unrealistic without "funding to retire coal earlier and to build the new capacity of renewable energy" to meet growing electricity needs of the growing middle income country.

The economic incentive to phase-out coal has reached a critical mass, making the pivot away from coal to renewables easier.

Recent analysis by TransitionZero shows that new-build wind and solar are already cheaper than coal in all major regions in 2021.

In fact, in many cases, the economics of coal has deteriorated to the extent that it is cheaper to build new renewable energy capacity than continue to operate coal plants.

Continued investments in coal also translate into stranded asset risks. Globally, the shift away from coal is happening faster than many expected — and must accelerate even faster if we are to meet climate goals.

With the average age of the world's existing coal fleet being only currently 22 years, stranded assets from premature closures are all but inevitable.

Indeed, some research suggests half of fossil fuel assets could become stranded assets by 2036. Slow movers are bound to reap major losses.

As highlighted by the Indonesian finance minister, one blindspot in the current discussions of coal phase-out is the need to support the early retirement of existing inefficient coal plants.

In this respect, innovative financial instruments will be a key enabler.

An encouraging blueprint for change came in the form of a $8.5 billion Just Transition deal to fund coal phase out in South Africa, including transition to renewable energy and generating green jobs in coal communities.

Another interesting instrument is the coal retirement fund that the Asian Development Bank (ADB) is developing alongside Indonesia and the Philippines to retire existing coal and replace it with renewables.

Undeniably, the pace of change is accelerating, and coal's 'social license to operate' is evaporating.

But it is too early to claim victory over coal just yet, and more needs to be done to bolster the global coal phase-out momentum.

There are signs of a shift of the risk-return dynamics in favour of climate-friendly renewables in the financial sector, with returns of climate-aligned investments outperforming S&P 500 in early 2021.

However, the financial markets have yet to prove they are committed to such changes in investment behaviour. The next frontier is transforming the portfolio allocations across the board to align with positive climate objectives.

Jacqueline Tao is an Analyst at TransitionZero.