Gabon is one the world's most biodiverse nations. Its vast tropical forests cover an area larger than the state of Minnesota, house thousands of species and serve as a critical carbon sink, sequestering an estimated one to five gigatonnes of carbon annually.

But Gabon's forests are rapidly being cleared to make way for palm oil and rubber plantations, harming its rich biodiversity and local communities, while also contributing to global climate change.

That's why Olam International's recent commitment to suspend all forest clearing for one year in the West African country, while it works out a framework for responsible agricultural development, is so significant.

Olam is but one of many global agribusinesses grappling with deforestation in its supply chain.  Worldwide, deforestation accounts for 10% of global warming emissions, and much of that is driven by commodities production.

Forest destruction is also associated with myriad other environmental and social impacts, from ecosystem degradation to land rights violations, that create operational and other material risks for companies and their investors.

Reputational risks are especially a concern, as an increasingly aware consumer base and environmental organisations press companies, like Olam, to adhere to international certifications and standards for the ethical sourcing of their products.

Studies show that one-third of consumers now choose to buy from brands they believe are doing social or environmental good.

Regulatory and legal risks are also a concern as companies may be exposed to liabilities for products illegally produced in their supply chains. A 2014 Forest Trends report found that a startling 24% of tropical deforestation was associated with illegal conversion of forests for export markets.

With an increased focus on data disclosure and material factors impacting the value of a business, these risks will ultimately be included in analysts' research to assess a company's value and its expected stock return and ability to service interests and debt payments. Specifically, the inclusion of deforestation related risks in financial analysis has the potential to dramatically change assumptions related to revenue growth drivers, operational costs, profitability, litigation risks and cash flow generation.

"Investors can drive corporate attention to deforestation, beginning by pressing companies to disclose their supply chain emissions and their plans for reducing them

Hundreds of consumer brands have already made pledges to end forest destruction in their supply chains.  Unilever, for example, takes a comprehensive approach, collaborating with multiple stakeholders throughout its supply chains, and focusing on high conservation forests and peatlands. The company's robust performance appeals to consumers and enhances its brand.

The majority of companies' deforestation pledges, however, don't go far enough.  Commitments typically address a small segment of the palm oil market, but very few cover cattle or soy, the leading drivers for deforestation globally. Most companies have yet to set a timeline, or lay out even basic metrics for measuring implementation.

Investors can drive corporate attention to deforestation, beginning by pressing companies to disclose their supply chain emissions and their plans for reducing them, in addition to their deforestation policies. Investors should further press companies to adopt more comprehensive policies to end destruction of forest and carbon-rich peat lands across all major commodities, including by setting time-bound, quantifiable goals. 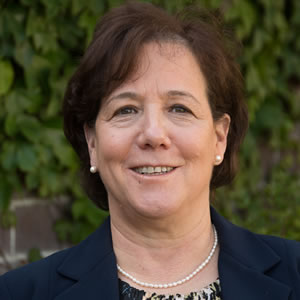 Finally, investors can help stop deforestation by investing in public private collaborations aimed at rejuvenating tropical forests.  At the World Economic Forum this year, the Norwegian government spearheaded a $400 million fund that aims to leverage investments up to $1.6 billion in deforestation-free agriculture. The Tropical Forest Alliance 2020 is convening similar such collaborations.

But investors must move swiftly.  Rapidly losing forests affects the Earth's ability to remove carbon from the atmosphere. The current rate of deforestation threatens our ability to hold temperature rises to 2°C and avoid global warming's worst impacts.

Mindy Lubber is the president of the non-profit sustainability organisation Ceres. Fiona Reynolds is managing director of the Principles for Responsible Investment (PRI). Ceres and the PRI are partnering to tackle widespread commodities-driven deforestation.