First things first: I don't agree with the concept of royalty. Yet I am deeply saddened by the passing of Queen Elizabeth II. 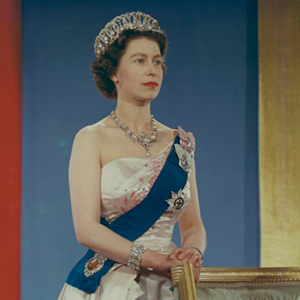 She has been a constant presence in my life, as she has been for most UK citizens. Governments came and went; she endured.

She was the epitome of a 'safe pair of hands', she barely put a foot wrong in a 70-year reign in which she was subjected to intense scrutiny. That is a remarkable achievement.

In short, she seemed to be a 'good egg', and the country was fortunate to have her as its figurehead.

The sustainable finance sector is keenly focused on equality. Elizabeth II was a great example of a strong and successful woman. Understated, but effective.

The tributes that have flooded in from the sustainable finance sector reflect this.

Elizabeth II will, of course, be a tough act to follow.

What is interesting for the sustainable finance sector is that the new King, Charles III, is a passionate advocate of environmental protection and tackling climate change.

He has been giving speeches about the need to address climate for longer than Environmental Finance has been going, and EF was a pioneer in the space, having been founded in 1999.

I remember attending one of his speeches in which he had just become a grandfather, and that had fortified his will to tackle climate change. I agreed with every word.

Prince Charles, as he was formerly known, has already achieved a lot in the field of sustainability, and he understands that finance has a key role to play.

It will be interesting to see whether Charles remains as outspoken as monarch as he has been so far, or whether assuming the top job will subdue him. After all, he will be expected to represent the country in meetings with leaders such as Brazil's Jair Bolsonaro, and may be obliged to keep his views to himself.

So, the question is, will ascending to the throne give greater power to his pleas for climate action, or will it stifle them?

In Truss we trust

His coronation comes at an interesting time. Liz Truss earlier this week became the 15th prime minister of Elizabeth's reign.

One of her first acts has been to lift a three-year ban on fracking in England, to help "get gas flowing". She is also going to allow more drilling for oil and gas in the North Sea.

She has launched a review of the UK's 2050 net zero target, to make sure doesn't put "undue burdens" on businesses or consumers.

And she has appointed Jacob Rees-Mogg, a well-known climate sceptic, as Secretary of State for Business, Energy and Industrial Strategy (BEIS).

While there are many promising initiatives concerning sustainable finance in the UK, such as the Green Finance Institute to the Impact Investing Institute, there is a danger that UK could lose direction.

The King and the Prime Minister will have weekly meetings, as is the custom in the UK.

It would be interesting to be a fly on the wall. But ultimately it is worth remembering that the role of monarch in the UK is a ceremonial one, so Charles' powers will be limited. However, he will still have a voice, even if he has to start voicing his opinions in private rather than in public.

It is worth reflecting that climate change is a problem that has been recognised for decades, but governments around the world have collectively failed to take action. Democracy has often been seen as an impediment to meaningful action because the long-term problem of climate change was always kicked into the next four-year electoral cycle, making it the next government's problem to deal with.

It would be an irony if the pressure brought to bear by an unelected King were to help the UK maintain credibility in the quest for a net-zero world.

If that were the case, this democrat says: "Long Live the King!"