It's time for food companies to participate in the next agricultural revolution – to low-emissions, argues Julie Nash

Agriculture is on the agenda at the United Nation's climate change talks in Bonn Germany, (COP23), and food company leaders from Kelloggs, Mars, Walmart and many others are taking a seat at the table.

Formally known as the 23rd annual Conference of the Parties to the 1992 United Nations Framework Convention on Climate Change, COP23 is where engagement in the effort to combat global warming happens.

For food companies, the challenge is clear: as the population rises, the agriculture sector will need to produce more food with fewer emissions to contribute to the global effort to limit global warming to less than 2°C.

Agriculture, forestry and land use produce almost a quarter of global greenhouse gas emissions, and are essential to a climate solution.

The importance of agriculture as a source of emissions varies widely by country, as it is related to the efficiency and type of agricultural system. For example, agriculture contributed only 9% of US emissions in 2010, typical for industrial countries.

Population growth and income-related dietary shifts are projected to increase agricultural GHG emissions by 80% by 2050, according to researchers from the University of Minnesota and the University of California Santa Barbara:

Until recently, many food companies focused on measuring and reducing emissions from operations, for example by reducing their electricity consumption or fuel emissions from transportation and distribution. However, it is now clear that the biggest source of greenhouse gas emissions occurs in the agricultural production portion of the supply chain (known as scope 3 sources).

In order to meet our collective commitment to limiting warming to 2°C, food companies must widen their focus beyond direct operations and work with their suppliers to report and reduce greenhouse gas emissions across supply chains.

One leader in this area is Mars, which announced in September that it is investing $1 billion in a company-wide effort to cut greenhouse gas emissions across its supply chains. 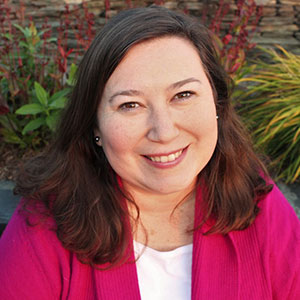 Since Mars calculated that 75% of the company's supply chain emissions come from agriculture and land use change, it has committed to investing in climate actions to reduce agricultural emissions.

Earlier this year, Walmart launched Project Gigatonne, in which Walmart asks suppliers to collectively reduce 1 gigatonne of emissions from across their supply chains.

Food companies that buy large commodities can invest in and encourage the adoption of low-emission practices and technologies.

In the past decade, innovations in renewable resource energy, increased energy efficiency in buildings, and low emissions passenger transportation have changed the trajectory of emissions in those sectors. It's time for food companies to participate in the next agricultural revolution – a low-emission revolution.

Julie Nash is senior manager of food and capital markets at Ceres, a sustainability nonprofit organisation working with the most influential investors and companies to build leadership and drive solutions throughout the economy.