Cryptocurrencies, such as bitcoin, are notoriously energy-intensive. But the blockchain technology they rely on could give a boost to environmental markets, experts believe. Graham Cooper reports.

"A bubble, a Ponzi scheme and an environmental disaster." That was the damning verdict on bitcoin of Agustin Carstens, newly appointed head of the Bank for International Settlements in early February.

His warning followed a 50% plunge in the price of the cryptocurrency since the start of the year – after a 900% rise in 2017 – and echoes similar comments from other senior bankers and government officials.

The environmental impact of most concern is the enormous amount of electricity now being consumed to power the computers 'mining' new bitcoins by solving complex mathematical problems.

On 2 March, Mark Carney, governor of the Bank of England, cited estimates of up to 52TWh for bitcoin mining – double the electricity consumption of Scotland.

However, this cloud may have a silver lining. The technology that underpins cryptocurrencies – the blockchain – may have significant benefits in various areas of environment finance, many experts believe. 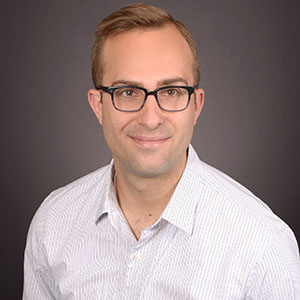 The market in catastrophe bonds and swaps could be an early beneficiary. Such contracts transfer the financial risk resulting from a natural disaster from an insurance company to investors (in the case of bonds) or another insurer (for swaps).

A pilot transaction between Allianz Risk Transfer (ART) and Nephila Capital in 2016 showed that processing and settlement could be significantly accelerated and simplified by using blockchain-based contracts, the companies claim. In addition, they say it could help make cat bonds more widely tradeable.

"Blockchain technology would increase reliability, auditability and speed for both cat swaps and bonds as less manual processing, authentication and verification through intermediaries is required to confirm the legitimacy of payments/transactions to and from the investors," explains Richard Boyd, Bermuda-based chief underwriting officer of ART.

A key benefit is that the payout process when a triggering 'cat' event occurs can be automated, as the blockchain allows smart contracts – strings of code that execute automatically when certain conditions are met – to be incorporated.

As a result, "the risks of human error are completely removed – with a radical effect on the speed and efficiency of the process and, in the case of bonds, on the tradability of such securities," says Boyd.

"Traditional cat bond transactions and payments between insurers and investors can take several weeks or even months, after the trigger event has occurred," explains an Allianz spokeswoman. Blockchain-based smart contracts could cut this to "a few hours or, at most, a few days."

It regards these as "low-hanging fruit" because such parametric contracts can be executed with a small quantity of readily available, unambiguous data. (e.g. X mm of rainfall over Y days at a specific location) from an independent source. There is therefore no need for the policy/derivative holder to make a claim and no human intervention is required, when 'smart' contracts are used, explains Koichi Narasaki, group chief digital officer and managing officer, Sompo Holdings.

Sompo is already using blockchain technology for such transactions on a commercial basis (albeit at a small scale), he adds. But they "are not the only areas of application in the long term." The company is already looking to apply the technology more broadly, including to marine insurance contracts.

A blockchain is a form of 'distributed ledger' in which data about transactions is stored on numerous independent, synchonised computers rather than a single centralised database. It is "a form of collective book-keeping via the internet," according to Alexander Westfahl, director of market practice and regulatory policy at the International Capital Market Association.

Transaction data is encrypted and packaged into 'blocks' which are then linked to other blocks in a chronological sequence to form a chain.

Each user of the blockchain has access to the whole database and all must approve any changes to the data before it can be verified and recorded. 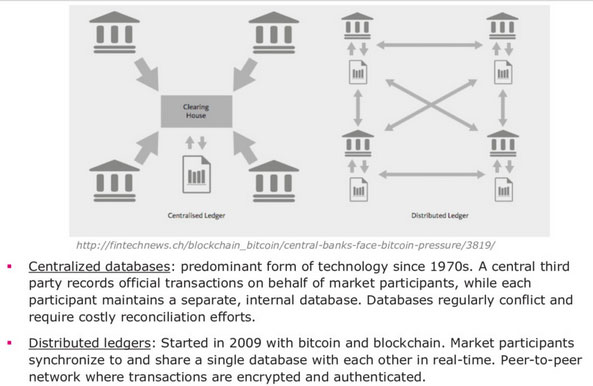 The market in Renewable Energy Certificates is one promising area, according to Zurich-based Energy Web Foundation (EWF), a not-for-profit organisation set up by the Rocky Mountain Institute of the US and Austrian software firm Grid Singularity.

Its aim is to build "an open-source blockchain platform for renewable energy and carbon markets," says senior associate Doug Miller. It believes blockchain technology has the potential to reduce transaction costs, increase the number of market participants, and accelerate the transition towards a cleaner, more resilient, and more cost-effective energy market.

The organisation is developing a blockchain-based application called Origin, which is intended to track the green attributes of certified renewable energy, across many locations, on a single platform.

It aims to promote more peer-to-peer trading between generators and consumers while enabling buyers to express their preferences for particular technologies, geographies, project developers, and quantity of carbon savings. It is expected to result in lower transaction costs, as smart contracts are likely to be incorporated.

It promises to expand the number of participants in the RECs markets by delivering "transparency at the kWh level", Miller said, in contrast to the existing markets in which a single certificate represents one MWh of renewable energy – a relatively large amount for residential customers.

One energy major already using blockchain technology to help it handle its positions in numerous RECs markets is NRG Energy, the largest power generator in the US.

Rules governing RECs vary from state to state, so participants currently have to maintain multiple databases and processing systems, which is costly for large market players such as NRG, says Alex Anich, manager, renewable market intelligence.

A blockchain-based distributed ledger, on the other hand, ensures unique records can be securely transferred from party to party without copying. The current state of the ledger contains complete 'chain of custody' information about the volume of renewable energy generated, right back to the wind farm or rooftop solar installation.

The present system restricts market participants, increases transaction costs, and impacts working capital, Anich says. A blockchain-based system promises improvements in all three areas, he suggests. And the technology is equally applicable to the fast-growing voluntary RECs markets as to the mandatory markets, he notes.

Elsewhere in the renewable energy sector, Lithuanian start-up WePower, believes blockchain can be used to finance new sources of clean power. "We are focussed on developing a new way of funding green energy products and managing their production," explains marketing advisor Geoffrey Riggs.

The company describes itself as a "blockchain-based green energy trading platform" and aims to help developers of wind or solar energy projects raise capital by selling energy tokens which represent energy they commit to deliver.

WePower uses blockchain technology to record when, and in what volume, green energy financed in this way was produced and supplied into the grid. Each energy token carries data on the type of energy generated; the time of production and delivery; and the price.

It enables energy producers to trade directly with energy consumers and investors and raise capital by selling energy upfront, at below market rates. It has support from Lithuania's Ministry of Energy and has formed working partnerships with several European utilities.

The direct link between the power generator and energy buyer should help reduce production costs, the company claims. At present, "there are too many intermediary players between renewable energy producers and consumers of energy," it says.

Australian company Power Ledger is taking a similar approach. The Perth-based firm is using blockchain technology to allow residents to trade solar-sourced electricity between themselves. The price of the power is higher than the feed-in tariff but lower than residential retail rates, thus providing an incentive for more developers to install rooftop solar systems.

The company raised A$17 million ($13 million) in just 72 hours in August 2017 and, a few weeks later, announced a trial of its trading platform with Australia's leading energy retailer, Origin Energy. It has subsequently announced trials in India and Europe to develop low-cost, low-carbon, distributed energy markets on 'microgrids'.

"The autonomous nature of the trading platform means it's simple and low-cost and bringing this together with consumer-owned generating capacity means energy can be low-cost, low-carbon and owned by the communities in which it's operating," says managing director, David Martin.

In February, the company announced its first deal in North America, in partnership with not-for-profit Helpanswers, which works to improve the efficiency and resilience of buildings, businesses and communities via control and storage technologies. The partners will work with low-income housing, schools, utilities and other corporates, to facilitate peer-to-peer trading of clean energy.

Another pioneer in the sector is UK-based Electron. In response to a call from UK market regulator Ofgem to provide customers with a next-day service for switching energy suppliers, this three-year old company is developing a registration platform for electricity and gas meters to allow customers to switch supplier in a matter of minutes.

It sees this platform "as a first step in harnessing blockchain technology to transform the virtual infrastructure of the energy industry."

Electron is also building a trading platform that will allow electricity consumers to be paid to adjust their consumption to help balance supply and demand – a growing concern as the percentage of intermittent supply from renewables increases. National Grid and Siemens are supporting this work, which has also received financial backing from the UK government.

Japanese utility Tepco was an early-stage investor in the company and in February, the company said it had formed a consortium with nine other energy companies, including EDF Energy, Shell, Statkraft and UK Power Networks, to further develop this 'flexibility trading' platform.

This engagement by long-established energy majors suggests they share the view of consultants PWC that "blockchain technology has the potential to … ultimately transform the entire energy market".

Other environmental applications of blockchain include energy storage, forestry protection and carbon credits. Examples include: