The European Commission has "messed up" the rules for acquiring existing buildings in its draft Taxonomy technical screening criteria, said Climate Bonds Initiative (CBI) chief executive Sean Kidney, and the process leaves very little time to tidy up other issues with the proposed rules.

Last week, the Commission published a draft Delegated Act outlining the first two sets of technical screening criteria for the closely watched EU Taxonomy for sustainable activities – sparking a flurry of activity as market participants try to identify the changes from the expert recommendations and potential problem areas.

Kidney – who was a member Technical Expert Group (TEG) on Sustainable Finance, which delivered its final proposed EU Taxonomy to the Commission in March – told Environmental Finance that although there were some "big wins" in the Act, it has also introduced a "big problem" in the building criteria.

For the acquisition of buildings, the Act said that any property constructed before the end of 2020 will have to be energy performance certificate (EPC) class 'A' or higher in order to be eligible under the Taxonomy. In contrast, the TEG recommended that any building whose primary energy demand is within the top 15% most efficient among local stock should be eligible.

"I don't think anyone in the green bond market is happy with it, because there is not a single green bond in Europe that will qualify, as far as we know"

Kidney said the TEG had considered restricting eligibility to EPC 'A' rated properties, but "specifically rejected" the idea. Instead it proposed the 15% threshold, which would get "tougher and tougher" in order to "drive the market to change," he said.

The 15% threshold also mirrored the current Climate Bond Standard (CBS) developed by the CBI. Consequently, Kidney said the he was "not happy" that this thoroughly considered TEG criteria had "gone entirely" from the Act.

"And I don't think anyone in the green bond market is happy with it, because there is not a single green bond in Europe that will qualify, as far as we know," he added. "That is a dramatic impact."

Kidney said that under the EPC 'A' rated criteria proposed by the Commission you "can't build a green bond portfolio" as there is only a small amount of building stock that would qualify. 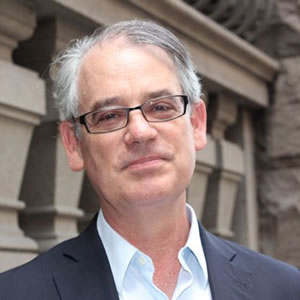 In many European countries, the proportion of EPC 'A' rated building stock nationwide is below 1% – often significantly below. Nor, it appears, is newer building stock set to provide rich pickings. According to UK government figures, just 2% of new non-domestic and 1% of domestic properties built over the first three months of 2020 were EPC 'A' rated.

He said that the building stock that would be eligible under the EPC class 'A' criteria is so "tiny" that the EU are "not going to get a green instruments market going, and it invalidates all the green property bonds that are out there at the moment – which are worth about €80 billion".

Consequently, Kidney feels that they have a "strong case" against this criteria when responding to the Commission consultation on the Act, which runs until 18 December.

Kidney said the Commission has expressed its intent is to use the Taxonomy to "build on the green finance market" rather than "extinguish it". As a result, on this basis there is "clearly a case" to be made in favour of changing this criteria.

Nonetheless, he is worried, however, that the Commission will not change tack.

Kidney has previously said that the CBI's own standard would look to reflect the Taxonomy when finalised. He told Environmental Finance that the CBI will continue to put its CBS "at the service" of the EU Taxonomy, adding that it was largely "academic" in Europe whether the CBS reflects this EPC 'A' rated criteria, because EU issuers will have to meet the EU Taxonomy anyway.

"The key point at the moment is there aren't going to be any green bonds anyway if EPC 'A' is adopted," he opined.

Kidney was impressed, however, that the Commission "held the line against really fierce lobbying" in the electricity generation criteria by retaining the technology-agnostic 100 grammes of CO2 equivalent per kWh (gCO2e/kWh) 'significant contribution' lifecycle emissions threshold proposed by the TEG.

Kidney said he has "some sympathy" for the plight of fossil fuel firms with regard to the role of gas, as they have been advised in recent years to invest in gas as a transition fuel.

"That has now been shown to be the wrong advice, mainly because emission reductions pathways are now much tougher," he said. "Gas was a transition fuel four years ago, but the Intergovernmental Panel on Climate Change (IPCC) said very clearly two years ago that it no longer is."

He will seek clarification, however, on the plans for reducing that 100g threshold in line with becoming net-zero emission by 2050. The TEG recommended that this threshold be reduced every five years until it reaches zero by 2050. The Commission's Act, however, does not provide any specific threshold tightening.

Kidney said that the three-year review of the Taxonomy mandated in European law, in effect, covers the possibility of regular reductions in the threshold. Nonetheless, he will seek clarification from the Commission after they had "dropped the certainty" of reductions recommended by the TEG.

Like other commentators, Kidney said he was "pleasantly surprised" by the inclusion of shipping criteria in the Act – something which the TEG had not felt confident including in its recommendations.

Kidney said that although the [shipping] criteria are "not quite right," he particularly liked the zero tailpipe emissions provision by 2025 – which is consistent with the broader transport criteria, which were strengthened by the Act.

The Act included water transport and sea, inland and coastal freight shipping – when not transporting fossil fuels – when they have zero tailpipe emissions or, until 2025, demonstrate CO2 emissions that are half the average level. Retrofitting and upgrading of vessels to reduce fuel consumption by at least 10% as well as the manufacture of hybrid vessels is also eligible until 2025.

Kidney said that although the criteria are "not quite right," he particularly liked the zero tailpipe emissions provision by 2025 – which is consistent with the broader transport criteria, which were strengthened by the Act.

Earlier this month, the CBI launched its own shipping criteria for its CBS. These criteria – formulated by an expert panel – require that the ships are either zero-emission at the point of application or have an operational emissions intensity below the industry average for its class throughout the tenor of the bond. For those ships that are not zero emissions from the outset, they must also provide a managed reduction plan outlining how the ship will transition towards net zero emissions.

Kidney said shipping experts told him the Act provisions for the industry are "not too bad" and he was "glad" they had included the provisions, but there remain problems which need to be fixed – including too much reliance on the standards of the International Maritime Organisation (IMO), which he described as "not good".

Overall, Kidney said the Act was "pretty good". Nonetheless, he notes that the Act is "replete with little bits and pieces that have got to be fixed up" and the four weeks consultation period offered by the Commission does not feel enough – Kidney would have preferred another four weeks.

Kidney – who is now a member of the TEG-successor, the Platform on Sustainable Finance (PSF) – said that the experts were not consulted by the Commission during the drafting process. Indeed, the first they saw of the draft Act was when it was released publicly.

The debate is going to be broad and – due to the number of different opinions being voiced – "potentially confusing," Kidney said.

As well as ongoing lobbying over the energy generation threshold, there are a number of other divergences from the TEG on bioenergy feedstock – which remains unclear over what can or cannot be included – and the inclusion of carbon capture and utilisation (CCU) which had been excluded by the TEG. And more potential flashpoints are becoming apparent, including the "odd and inconsistent" threshold for aluminium manufacture, which Kidney said was double the level recommended by the TEG and above the industry threshold allowed in the EU Emission Trading Scheme (ETS).

"What I am worried about is there are some mistakes that have been made. And as there is an extremely tight timetable there is a risk that we will get a regulation with the mistakes intact"

The "errors" that have been made in the Act, Kidney said, showed how complicated the process of drafting these rules are. Consequently, he "wished" the Commission had listened to the TEG during the process because it had drawn on the involvement of many industry voices.

"In contrast, it looks like the draft from the bureaucrats is not in touch to key issues for industry," he said. "They have kind of made the wrong judgement as a result."

Some aspects of the TEG's recommendations needed tidying up, he conceded, which the Act has largely done. But some of the "fights" that are emerging from the Act were unnecessary, he added, because the TEG had already sorted them out.

"So there is a bit of time wasting involved, but it is what it is," he said. "What I am worried about is there are some mistakes that have been made. And as there is an extremely tight timetable there is a risk that we will get a regulation with the mistakes intact."