A defined benefit pension fund for present or former UN staff members, and those from 22 other agencies. 205,000 members, one-third of which are retired

Investing sustainably has been core to the UN's Joint Staff Pension Fund (UNJSPF) since it was established in 1948, says Sudhir Rajkumar, head of investment at the $65 billion fund.

From the New York City-based fund's inception, its investment team adopted exclusions for tobacco and armaments, in line with the UN's 'do no harm' principle.

However, it does not apply an overarching climate-related exclusion policy, instead preferring engagement, with divestment as a final option. It will lead engagement with one of the high-emitting companies identified as a target by the Climate Action 100+ collaborative engagement initiative, which has garnered the support of $32 trillion of investors, including the UNJSPF.

"Although it is more resource intensive, engagement will in general have a more enduring impact than plain divestment," Rajkumar believes.

The fund was also a founding signatory of the UN Global Compact and the UN-supported Principles for Responsible Investment, in 2000 and 2006, respectively. 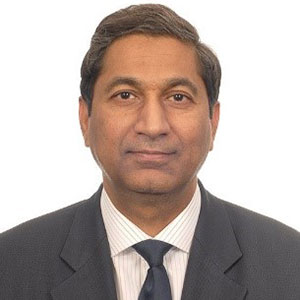 Since 2014, the fund has increasingly turned its attention toward addressing climate-related goals. Providing seed funding for two low-carbon exchange-traded funds, developed by BlackRock and State Street, catalysed this process, says Herman Bril, a director at the fund's office of investment management.

"The real step change came in 2016, when we decided to integrate environmental, social and governance (ESG) themes into our entire investment process and decision-making across all asset classes," he says.

"That was a big step forward, and we're still in that journey of implementation."

Rajkumar admits climate change-related risks "can hurt our portfolio significantly, but we are taking steps to make our portfolio more resilient".

However, it is just one type of risk among many that he must juggle: "The biggest risks facing our portfolio are still broader developments in financial markets driven by global developments. Things that are related to general markets, such as fiscal and monetary policy, et cetera.

"Climate risk is a component of the many risks that could reduce our ability to fulfil our obligations to our beneficiaries," he adds.

Sudhir Rajkumar: "The fact that we have a broadly diversified global portfolio provides us with benefits, but we also have to watch the currency exposures quite carefully"

The defined benefit fund currently has 205,000 members in about 190 countries, and makes payments in 15 currencies. One-third of its members are retired.

Its investment portfolio is similarly broad, with assets spanning more than 100 countries. Almost half of its portfolio is invested in non-US dollar investments, "so to some extent the currency composition of our liabilities and our assets balances each other out," Rajkumar reveals.

"The fact that we have this broadly diversified global portfolio provides us with some benefits, but we also have to watch the currency exposures of our portfolio quite carefully," he says.

Another aspect that sets the fund apart from others, Bril believes, is that it manages the vast majority (85%) of its assets in-house – whereas most similar, public pension funds outsource "almost everything".

"One is our target to meet or exceed our policy benchmark [the MSCI All Country World Index]; the second is creating positive societal impact.

"We think these can go hand in hand – maybe not in every single investment, but in the overall portfolio," reveals Bril. "We're not in the business of giving up returns."

The Fund has a long-term investment return target of 3.5% real – net of inflation – annualised, in USD.

Rajkumar agrees: "The underlying investment belief we have is that when we incorporate material ESG metrics into our investment decision-making process we are effectively improving the overall risk-adjusted returns of the portfolio – not necessarily immediately, but over the long-term.

"By using ESG metrics as leading indicators, we are trying to make sure we can identify [and avoid] possible investments that are likely to produce negative returns or hurt overall investment returns, further upstream.

The fund's benchmark for global equities is the MSCI All Country World Index. Meanwhile, each of its North America, Europe, Asia Pacific, and global emerging markets investment teams use the relevant regional MSCI benchmark.

One of the ways it attempts to achieve its second investment objective, of positive impact, is through its investments in green bonds, of which it currently has about $300 million.

Herman Bril: "If a green bond is priced competitively, we buy it, because you get positive societal impact almost as a freebie"

"If a green bond is priced competitively, and we don't give up returns, then we buy it, because you get positive societal impact almost as a freebie. So why not? It's almost a no-brainer," says Bril.

"We don't trade these bonds actively, because if you want to steer your portfolio in terms of duration or curve, you can use other liquid instruments," he adds. "We don't need green bonds from a liquidity perspective, we're just buy-and-hold investors."

The fund has also invested an undisclosed amount in Leadership in Energy and Environmental Design (LEED)-certified energy efficient real estate, as well as other low-carbon infrastructure assets.

Its managers are also considering how to communicate the impact of these investments, and will publish the first annual sustainable investment report for the fund this year – although the information it contains will be mainly qualitative, and explain how the fund is aiming to achieve its sustainability objectives, according to Rajkumar.

Bril adds that, before investors such as the UNJSPF can comprehensively report on climate, investee companies must improve their reporting.

"Institutional investors are allocators of capital. The underlying companies are actually generating the impact. The reporting burden is also on companies. If they don't start reporting on it, how can we measure it?

"We're a bit in the backseat in that respect.

Herman Bril: "The underlying companies are actually generating the impact... Sometimes it feels like the pressure is all on the investors"

"Sometimes it feels like the pressure is all on the investors: [we're asked] 'what are you doing about [the energy transition], how are you measuring that'? That's all great, but first let's sort out the reporting part," urges Bril.

Rajkumar says that this situation may start to change if initiatives such as the Sustainability Accounting Standards Board (SASB) are introduced into regulation.

SASB was established in 2011 to help businesses around the world identify, manage and report on the most financially material sustainability topics to their investors. It provides a framework which identifies between three and seven financially material issues per sector, across 11 sectors.

The UNJSPF does not set itself explicit climate-related targets, such as reducing the carbon intensity of its investment portfolio.

"We are incorporating ESG holistically, [so] it does not make sense to apply targets", says Bril. "If you apply targets, you create pressure to reach those targets," which could run counter to the firm's long-term investment strategy.

However, the fund is conducting research on developing quantifiable scores, which benchmark companies' positive and negative impact in relation to the UN Sustainable Development Goals (SDGs).

It is also studying how artificial intelligence can be applied to help identify the relationship between the SDGs and the fund's investments.

"We are also teaming up with Entelligent, which is helping us with climate [risk] modelling, looking at how corporations' profit and loss is sensitive to a decarbonised world, and looking at different scenarios," explains Bril.

"Buying low-carbon stocks is not so much making the low-carbon transition. It's more important to look at companies that are making that transition."

Any information the fund gains from these efforts will be input into what Bril calls the fund's 'ESG blender'.

"We put all the non-financial data in our ESG blender, and try to figure out which data is the noise, and which is the signal – what is really material for selecting stocks – and we identify what are the slow-moving and the fast-moving ESG factors.

"We then provide our portfolio managers with this analysis to improve their investment decision making process.

Herman Bril: "ESG data is still a bit of a cottage industry. Hopefully we will see some consolidation, some winners and some losers."

"The first results from that, form the work we've done over the last six months or so, have been very promising. The next step is linking that analysis to the SDGs," Bril says.

However, he is concerned by the lack of quality data.

"The issues of data and reporting are something we need to figure out, with the data providers, corporations, standard setters, perhaps regulators, investors – it needs to be a joint effort.

"ESG data is still a bit of a cottage industry," Bril says. "Hopefully at some point we will see some consolidation, some winners and some losers."

He says the UNJSPF is "looking closely" at disclosing in line with the recommendations of the Financial Stability Board's Task Force on Climate-related Financial Disclosures.

He says the initiative is "a good framework, but it is also not the holy grail" for improving disclosure.

"It has started more in Europe than in the US, but it's picking up steam here too," he adds.

Rajkumar does not agree that financial institutions necessarily gain a so-called 'first-mover advantage', by being among the first to engage with climate risk and opportunity.

Herman Bril: "The TCFD is not the holy grail for improving disclosure"

"One of the key elements of adopting an ESG strategy [early] is that it reduces your downside risk, or it gives you downside risk protection," he says.

"The earlier you do it, and the more comprehensively you do it, the better you manage the risk of your portfolio – particularly significant drawdown risk.

"It's not so much a first-mover advantage, but more that institutions that don't do it, or that are adopting a 'wait-and-see' attitude might realise those downside risks while they are waiting and watching.

"Especially at this time, it is clear we are facing major risks, and when those risks materialise in terms of impact on the environment, or the investment value of those companies that will be affected by those risks, that is not clear. It can happen fairly quickly in many cases," Rajkumar says.

"I'm not sure that waiting and watching is the optimal strategy."