Yieldcos have been growing rapidly in recent years, but what are their long-term prospects, asks Hamza Ali

US-listed yieldcos are having their time in the sun as a new hot asset class, with a combined market capitalisation of $11 billion as of September 2015, according to figures compiled by Environmental Finance (see table).

Their rise has been rapid, considering yieldcos as we know them did not exist five years ago.

In the US, they are usually defined as listed companies, spun-off from renewable energy developers, which own and operate energy generating assets. They pay the majority of cash earned from operations in dividends at regular intervals, with the intention of growing these dividend pay-outs.

"More responsible managements may... lower their growth forecast for their dividend per share to a more sustainable level" - Swami Venkataraman, Moody's

Many investors have found the promise of predictable dividend growth alluring in the low interest rate environment.

"I was really surprised with the frenzy of interest a couple of months back, with a lot of calls coming in from investors, new and old, that had lots of questions about yieldcos," says Robert Uek, co-chief executive officer and senior portfolio manager for Boston-based Essex Investment Management, which invests in both yieldcos and their parent companies. "The high level of interest, though, is a natural development of the search for global high yield in the market today."

After a period of strong growth, share prices have been falling in recent months, amid speculation of interest rate hikes and as questions are asked about yieldcos' rapid pace of expansion.

For example, SunEdison-backed yieldco TerraForm Power grew its portfolio by 1.8GW in the last year, nearly tripling its capacity. 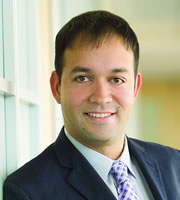 "One of the technical pressures we've seen in the market of late, is that we've seen too many acquisitions too soon. The market is having a difficult time digesting the volume," says Mauricio Agudelo, co- portfolio manager at Calvert Investments.

"There have been some fears of interest rate fall-outs," says Uek. "There is also deal fatigue, with a lot of capital market activity in the yieldco space and a lot of supply coming online."

"Yieldco stocks have been under pressure lately due to concerns over rising yields and the resulting slower growth of some of the yieldcos," said Vishal Shah, senior credit analyst at Deutsche Bank. "We believe these concerns are overdone."

Growth is at the heart of the yieldco proposition. They aim to provide investors with growing and predictable high dividend yields, backed up by visible cash flows.

Yieldcos are aiming for double-digit increases in dividends per share in coming years, according to data collected by Environmental Finance (see table), a figure seen by some market commentators as unsustainable.

At least six more yieldcos are expected to list in the US over the next year, including offerings from Canadian Solar and Jinko Solar

Unlike their UK-listed counterparts, US-listed yieldcos tend to float at a lower dividend yield, with the intention of growing the dividend quickly.

However, Swami Venkataraman, vice president of global project and infrastructure finance at ratings agency Moody's, has raised concerns that many US yieldcos have been funding their growth partly by issuing shares at increasingly high valuations. He fears that a fall in their share prices, which could be triggered or exaggerated by rising interest rates, could hinder their growth prospects.

"At some point, some combination of the following will occur – higher interest rates, lower growth prospects and, as a result, lower share prices," says Venkataraman. "The moment dividend growth comes into question, share prices will fall."

Yieldcos have three strategies that can help expand their capacity to grow dividend-per-share in line with their growth plans, according to a recently published Moody's report on yieldcos:

Beyond these three measures, it's unclear where long-term sustainability for yieldcos will come from at current growth rates, according to Moody's Venkataraman. 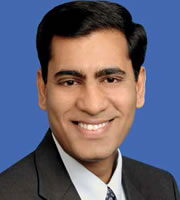 "Prices continuing to go higher and higher forever is by definition a bubble, so as a strategy for yieldcos this is not sustainable," he says, referring to the first of these three strategies.

"If they raise capital at very high valuations early on in their cycle then it limits their ability to bring in capital later on. This is because the valuations they might command in the beginning may not be replicated," says Scott McCollister, head of investor relations at PNE Wind, which plans to launch a German yieldco next year.

The second option would see yieldcos boost their growth prospects by buying assets at lower enterprise values, which means they can potentially gain a higher rate of return on their investments.

However, renewables assets are becoming increasingly sought after, and a raft of new yieldcos are only serving to further drive up competition to acquire these assets.

At least six more yieldcos are expected to list in the US over the next year, including offerings from Canadian Solar and Jinko Solar.

"As more and more yieldcos come to the market, this [strategy] will be increasingly difficult. As competition becomes higher so too does the price of the underlying assets as yieldcos compete to buy existing assets," says Venkataraman. One key consideration for minimising the cost of the assets yieldcos buy is the number of assets they can buy from their parent company (or sponsor) at a reasonable price.

"These yieldcos are all predicated on a growth story, so you have to feed the beast," says Yvonne Bishop, assistant portfolio manager at Calvert. "You have to have a strong sponsor, with access to the best opportunities and that are able to assess the risks and have the heft and knowhow to continue dropping down assets at attractive prices." 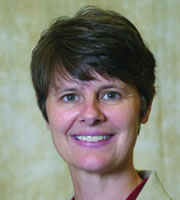 "A yieldco relying on assets dropped down from its sponsor will have an outlook that is a little more favourable," says Venkataraman. "However, growing rapidly almost always involves acquisitions [from third parties]."

The third option yieldcos can employ to extend their scope for growing dividends is the issuance of debt.

Current interest rates globally make this an attractive option for yieldcos, with both of SunEdison's yieldcos issuing debt at a project level to help finance their growth.

"By issuing debt judiciously, the number of shares you have to issue is lower, so this extends your runway to continue to grow your dividend," says Venkataraman.

Overall, many market players are sceptical that current growth rates can be maintained.

"Given that the business model is one that will be severely affected by higher interest rates, as this presents a risk to both valuations of yieldco equity and their debt instruments, I don't think they can sustain their growth levels in a high interest rate environment," says Agudelo at Calvert.

In order to make US yieldcos more sustainable in the long-term, their management will eventually need to reduce their growth forecasts in order to create long-term sustainability, contends Venkataraman.

"These yieldcos are all predicated on a growth story, so you have to feed the beast" - Yvonne Bishop, Calvert

"More responsible managements may decide not to lever up and, in response to these changing fundamentals, they might simply lower their growth forecast for their dividend per share to a more sustainable level," he says.

"Trees don't grow to the sky," says Bishop at Calvert, "But, then again, I don't know that is what [yieldcos] are promising, as all the predictions I've seen are three- year projections, and I don't think that's unreasonable."

Although it is not clear how long yieldcos can continue growing at their current pace, some investors remain bullish about their medium-term prospects.

"At this point there is definitely capacity to increase the business model and to continue the growth promised, but at some point in the future we will start maxing out on that capacity. Dividend growth speed may slow but the dividend yield should remain well sustained," adds Agudelo. EF