The green bond market could see $100 billion of issues this year.

Some commentators have made that call in previous years, and have been proved wrong. But this year there are particularly strong tailwinds, which bode well for the market's progress.

We have already seen more than $54.2 billion of issues so far this year, according to the Green Bond Database, beating last year's figure of $44.5 billion (see figure 1). 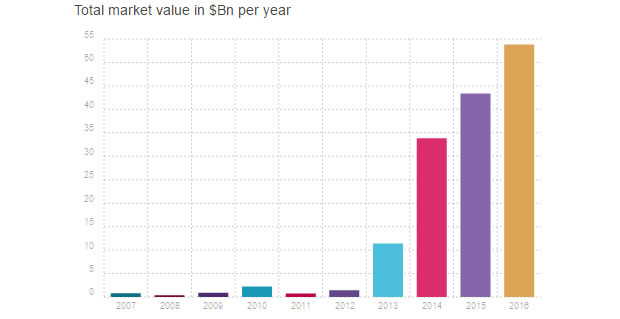 The market continues to break new ground. Over the past month, as well as a host of new issuers, we have seen some other notable firsts:

It augurs well that Apple, the world's most valuable company, threw its weight behind the market earlier this year.

This was a particularly pleasing development because, while private banks have issued en masse in recent months (see figure 2), it has been harder to convince non-bank corporates to join the party.

But perhaps most promising aspect of the market's development is the fact that it has been embraced by so many national governments. Countless countries have mentioned green bonds in their national climate change plans. 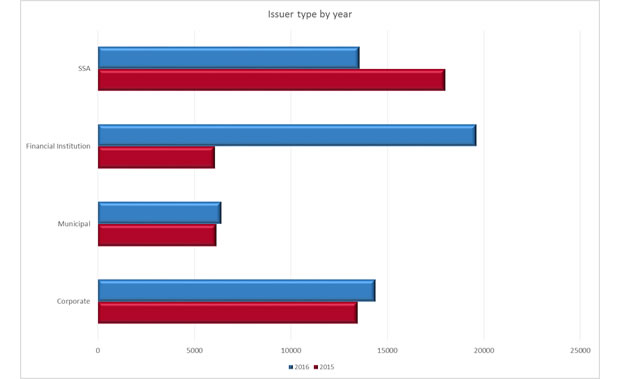 There may now be a race to issue the first sovereign bond. France has said it hopes to issue some €3 billion of green bonds next year. But other countries, such as Sweden, may be vying to pip them to the post.

China is probably the most important country in the world with regards to climate change. Its green financial plan, details of which began to emerge today ahead of this weekend's G20 meeting, makes green bonds as a key part of its ambitious strategy.

It will not only encourage companies to issue green, under its green bond standards, but it has said that it wants to use green bonds to help lower the cost of capital for clean infrastructure projects.

Having the blessing of major governments is key if the market is to meet its vast potential. (SEB's Christopher Flensborg said at last year's Green Bonds Americas conference that by 2020 one fifth of new issues could be labelled green).

There are many who are calling on national governments to step in and help boost the green bond market, whose growth is constrained by the fact that investors are generally unwilling to 'pay up' for a green bond but at the same time are demanding that issuers pay for third-party assurances and impact reporting. This cocktail of an increase in cost with little evidence of a lower cost of capital, understandably, deters some potential issuers.

HSBC's Ulrik Ross has been among those arguing that governments should consider tax breaks for green bonds, to help make it more attractive for an issuer to switch to green. 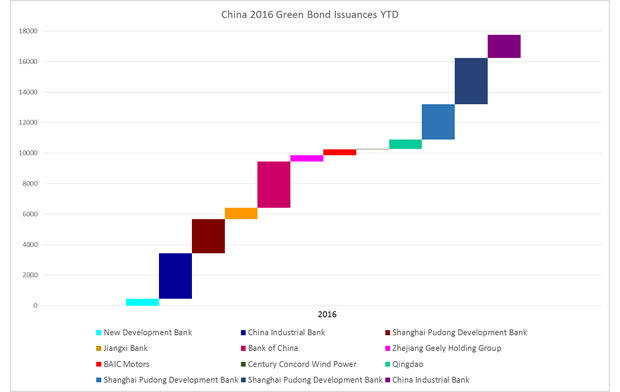 Some countries stand to gain from green bonds. Perhaps one of the key applications for green bonds will be to channel capital into green infrastructure projects. India, which has also launched its own national green bond standards, is a prime example of a country that could benefit from the green bond phenomenon.

It has ambitious targets of building 135GW of renewables by 2022 but largely reliant on raising overseas capital to build them. Green bonds could be the asset class that allows the country to green its rapid industrialisation.

It's a similar story for China, which is estimated to need $600 billion a year to finance its green revolution and will need to raise 85% of this from the private sector, mostly from overseas.

China has had a huge influence on the green bond market this year, having been responsible for $17.4 billion or 40% of the overall green bond issues, with the majority coming from large Chinese banks, according to the Green Bond Database published by Environmental Finance. (see figure 3)

The next challenge for China will be making more of these issues accessible - and attractive - to western investors.

Join the debate at our Green Bond Americas conference.