As the green bond market grows, the discussion around 'additionality' has increased in importance. However, we must keep a longer term view in mind when discussing the topic, argues Jacob Michaelsen

As the green bond market grows in size and complexity, we spend an increasing amount of time discussing detailed matters such as impact reporting or the definition of green.

These are important matters, for sure. But there is an equally important matter which does not always get the same amount of attention – namely, the overall direction of the market and what we are hoping it will achieve.

This topic can be labelled by a different moniker – 'additionality'. We have already discussed this topic extensively and, although it might seem that some corners of the market have landed on an understanding of the matter, I want to highlight the relevance of this topic, but suggest that we change the narrative.

Settling the score on 'additionality'

For the purpose of the discussion let me first offer a balanced view that I hope will settle the score on 'additionality'.

This is not an attempt to close the case and move on from the discussion but rather to recognise the relevant concerns together with the suggested additionalities we are seeing. Having a better understanding of where we are will help us to define where we want to go.

A non-exhaustive list of relevant concerns and suggested additionalities around green bonds:

A new perspective – what do we want to achieve and how can green bonds help us get there?

To move the discussion forward I suggest that we change the perspective around 'additionality'. Instead of asking what the benefits of the green bond market are today we should be asking ourselves what we want to achieve tomorrow.

This is an important question. As an underwriter I am often asked by treasurers what I think the market will look like in five years' time, and if it will only be possible to issue green bonds. Although an interesting question, my answer is typically that it is not as much the colour of the bond that we will be focused on but rather the format. That is, a greater focus on (i) transparency, (ii) the strategic alignment of the issuer with broader sustainability goals and (iii) the impact of the proceeds.

Indeed, if we recognise the suggested concerns and additionalities listed in the above table, such a focus on transparency, strategic alignment and impact would seem the more relevant than simply the given label or bond. Similarly, it would appear evident that the answer to the question posed earlier in this section cannot simply be 'more green bonds, please'. Obviously, this is not to say that we shouldn't' hope for, or event expect, more green bond issuance – but rather that we are realistic in our narrative.

Where do we then go from here?

If we accept the premise that the raison d'être of the green bond market is not the direct impact of the green bond itself but rather the broader aspects around the integration of sustainability into the financial discussion we are then faced with the question of 'what comes next?'.

As I see it, the answer is two-fold. In the short run we will need to stick to the course and continue to work on the fundamental building blocks of the green bond market. In this regard, the tremendous work done in the GBP and SBP executive committee and the working groups is crucial. The European Commission's Action Plan similarly looks promising. 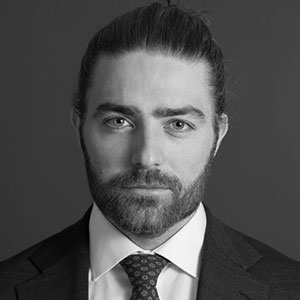 In the longer run, it is more of an open discussion, but it would seem to me that the real game-changer is in the focus on transparency, strategic alignment and impact rather than the label itself. Sticking my neck out a bit further, I would go as far to say that, perhaps, we might not need a label if the broader market practice shifts towards requiring issuers to disclose the use of proceeds, strategic alignment and impact for all public bond market issues.

Whether this will come to fruition is too early to call – and not relevant today. However, what is important is that we stop and ask ourselves where we should be heading and what we need to do so that we in five years' time can look back and say we did the right thing.

Jacob Michaelsen is head of sustainable bonds at Nordea