With the challenges for the Paris Agreement having shifted from ratification to implementation, increased attention is being directed to financial assistance to developing countries to help them achieve their commitments under the Agreement. In this context, there are high expectations for the contribution green bonds can make. This is logical and welcome.

Yet, the link between the Paris Agreement and green bonds can be well established only when a missing link is provided. Central to the Agreement are countries' Nationally Determined Contributions (NDCs). While the success at having both developed and developing countries agree to submit NDCs was a phenomenal accomplishment, a fact to be recognised is that NDCs pertain principally to ambition, objectives and high-level policy directions. They are ill suited as the basis for extending finance. 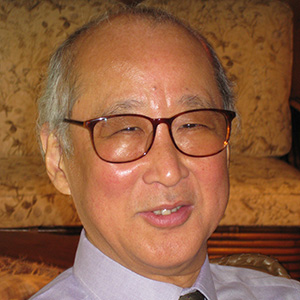 It is essential to translate a country's NDC into implementable sub-sections with specific plans. Presumably for this reason, a report from the UN Framework Convention on Climate Change (UNFCCC) says that NDCs in developing countries "can and must be supported by mechanisms such as the Nationally Appropriate Mitigation Actions (NAMAs)", describing NAMAs as "an ideal implementation mechanism for NDCs"[1].

The problem is that most of the NAMAs presented thus far lack precise analyses. Indeed, the NAMA Facility, a leading institution for NAMA funding, has pointed out that many NAMA proposals showed "weaknesses with regard to their feasibility and require further development on the project structure and the financing concepts"[2].

Fortunately, NAMAs are rising to the occasion and taking measures to clarify their financing concepts. For example, the template for NAMA design documents (NDDs) developed by the UN Development Programme (UNDP) has a section exclusively devoted to financing.

Guided by this type of framework, recently prepared NAMA documents increasingly provide a good basis for starting professional discussions about financing and offer hopes that the NAMAs will be finance-ready when their plans are refined with accurate data to be available upon implementation of a pilot project.

This development, combined with the inclusion of exact explanations in the NDDs about calculations of prospective greenhouse gas (GHG) emission reductions and about the proposed procedures for measurement, verification and reporting (MRV), lends validity to the UNFCCC's aforementioned assessment that NAMAs are an ideal implementation mechanism for NDCs.

This evolution of NAMAs allows pursuit of synergies between this mechanism and green bonds. This can take two forms. Structure 1 involves green bonds providing funds to institutions that in turn offer financing to NAMAs. Structure 2 envisages some direct linkage between green bonds and NAMAs. Given that Structure 1 represents extension of current practice, without anything particularly new, the rest of this article will concentrate on Structure 2.

The partial guarantee would aim to compensate for the bond issuer's credit standing not being secure enough (in most cases) by the standard of the green bond market. The guarantee is intended as additional protection in case the collateralisation is insufficient for shielding the bonds from sustaining loss. More details are provided in the example given below (see Box).

The structure summarised above will enable green bond holders to be closer to climate change mitigation actions, while maintaining their risk at a reasonable level. It also enhances the efficiency of assistance from international NAMA supporters by letting them engage in co-financing with green bonds, instead of meeting all the NAMA's financial needs on their own.

Admittedly, numerous details need to be thought out. It is also acknowledged that the structure is not for everyone. Nevertheless, the concept deserves further development in view of the solid contribution it could make towards implementation of the Paris Agreement. In addition, it will also help the green bond market prepare for greater diversification of investor needs, which is anticipated as the market continues to grow.

NAMAs for green bonds to focus on

While acknowledging the potentially vast contribution that green bonds could make towards implementing the Paris Agreement, it is also important to clarify their limitations.

Financial barriers faced by NAMAs, or climate change mitigation projects in general, can be classified into two distinct categories. Barrier 1 relates to the unavailability of funding for investment costs, while Barrier 2 arises from insufficient profitability of the planned undertaking. It is crucial to recognise that green bonds' effectiveness is in tackling Barrier 1; they have little to offer in overcoming Barrier 2 (see Table), assuming that green bond investors are not willing to accept a tangibly lower return than the market.

This point is elaborated with an example. The most significant impediment confronting renewable energy power generation facilities is their high initial investment cost. Suppose that a renewable power facility costs $10 million more than a fossil fuel plant that generates the same amount of electricity. The extra $10 million for the renewable facility will be Barrier 1 only if, thanks to the country's feed-in tariff (FIT) system, the profitability of this power plant is adequate when the $10 million is raised at the prevailing market rate.

But this is not always the case. Often, a country's FIT system is not sufficient to ensure the economic viability of renewable power generation when the additional $10 million is financed at the market rate. This will then be a situation that involves Barrier 2, which must be addressed by other means, such as domestic programmes (e.g. augmentation of the FIT system), international public sector support (typically grants), and carbon trading.

Most current estimates of the financial requirements for implementation of the Paris Agreement do not distinguish between the two types of financial barrier. Clear distinction between them will help avoid having unrealistic expectations of green bonds, allowing these bonds to concentrate on the areas where they can make a valuable contribution.

One possible structure for NAMA covered green bonds is diagrammatically presented below for a NAMA comprising 50 NAMA individual projects (NIPs) and costing a total of $100 million. The example is solely for illustrative purposes and is provided as the basis for further discussion. All figures are hypothetical. Furthermore, the financial structure is technology-neutral and can be applied to a wide range of project types including, but not limited to, renewable energy, energy efficiency and waste management.

The diagram is assumed to be self-explanatory but five points should be noted:

Junji Hatano is the Tokyo-based chairman of consultancy Carbon Partners Asiatica. He was previously head of the climate change unit at Mitsubishi UFJ Securities. E-mail: junji.hatano@cp-asiatica.com