IFRS Foundation head Lee White gives his assessment of some of the challenges facing the International Sustainability Standards Board. Peter Cripps reports

The International Sustainability Standards Board (ISSB) is analysing feedback to its consultation on two proposed standards and will consider how to respond to stakeholder comments on topics such as enterprise value and materiality, the head of the IFRS Foundation said. 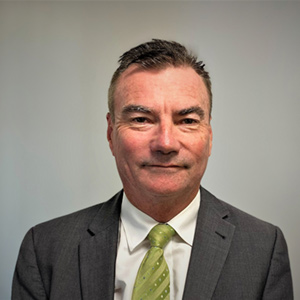 Speaking ahead of his keynote address at The Future of ESG Data conference, Lee White, executive director of the IFRS Foundation, which houses the ISSB, said the standards being drawn up by the ISSB take account of the impacts of a company's activities if they are material to its value.

The ISSB has drawn up draft standards, or 'exposure drafts', that it hopes will become a global baseline standard for climate and broader sustainability reporting. These standards are investor-focused and look at sustainability factors that are material to the 'enterprise value' of a company.

However, there is a significant divergence between the approach adopted by the EU, of 'double materiality', in which a company's impact on society and the planet are also taken into account, regardless of whether it affects enterprise value.

White told Environmental Finance that the situation is complicated, as it is not always straightforward to separate one form of materiality from the other, and some stakeholders have suggested further guidance is needed.

"There can quite easily be misunderstandings about this," he said. "It's important that there's clarity on the language that's being used.

"The ISSB is focused on enterprise value, but also how that can be affected by events that seem to be part of the 'double materiality' piece.

"The ISSB will consider what further clarity it can provide to users of the standards when it comes to enterprise value. People are trying to separate out items that at times are very difficult to separate out, because some organisations will have a significant impact that could lead to regulatory responses – and those responses would be of keen interest to investors looking to understand what that does to the business model.

"The ISSB is interested in impacts when it comes to affecting enterprise value."

"The light on the hill is the consistency of reporting to deliver international comparability, so market participants around the globe all have the same information to efficiently allocate capital"

He pointed out that there has been "regular bilateral discussion between the leadership of the ISSB, European Financial Reporting Advisory Group (Efrag) and the European Commission, in order to see the full extent of alignment that can be put in place".

Efrag is developing standards to be applied under the EU's Corporate Sustainability Reporting Directive, that will adopt a double materiality approach.

White added that the ISSB standards are adopting a 'building blocks' approach, meaning that ISSB standards will act as a "baseline" and "jurisdictions looking for policy outcomes and other multi stakeholder outcomes are able to build on the baseline with additional requirements".

A jurisdictional working group was launched earlier this year to allow the ISSB to talk to countries about achieving enhanced compatibility between the ISSB's proposed standards and jurisdictional initiatives on sustainability disclosures. It involves the EU, the US, Japan, China and the UK.

"The light on the hill is the consistency of reporting to deliver international comparability, so markets around the globe all have the same information to efficiently allocate capital," he added.

Materiality is only one of the issues being considered by the ISSB as it wades through the roughly 1,500 responses to the consultation on its exposure drafts, White continued.

Another challenge is making sure that the standards are not too onerous for small to medium-sized enterprises, or those in emerging markets that are less well resourced.

He said the ISSB is considering how to ensure a proportionate approach.

He pointed to the recent appointment of former World Bank vice chair Jingdong Hua as vice chair of the ISSB, saying it will be "an important part of his priorities".

The exposure drafts proposed that sustainability reporting should be done at the same time as financial reporting.

White said that part of the rationale for the IFRS Foundation setting up the ISSB was that it could sit alongside the International Accounting Standards Board, which is also overseen by the Foundation's Trustees. But he acknowledged that publishing financial statements and sustainability disclosure at the same time had drawn "some level of challenge from preparers", complaining that they are already "pretty stretched" at the time they are preparing financial reports.

When asked how long it should take companies to prepare an ISSB report, he said the question "can conjure up the sense that this is a compliance exercise and, genuinely, that's not where we need people to be".

The industry-based draft climate disclosure requirements were another key area of focus in the consultation responses. "People are trying to understand how comprehensive those requirements are, how quickly do we need to put data together, and is this mandatory."

Another "really, really hot topic" was about assurance of the reporting. This is beyond the remit of the ISSB, but "we have a keen interest that that is matured and focused, in order to get the right information in a rigorous way into the right hands".

"So, there's quite a bit that the ISSB will need to think about", he concluded.

Lee White will be delivering a keynote address at The Future of ESG Data conference on 17 October in London.