There has been little evidence of leadership or reduction of fossil fuel financing in the giant coalition of investors and banks, argues Michael Northrop

Banks and investors have already committed to financing more fossil fuel development than the planet's atmosphere can safely absorb, according to London-based Carbon Tracker.

If we have a chance of keeping average global heating below 1.5°C – a boundary scientists warn us we must not cross if we hope to prevent global catastrophe – many existing fossil fuel development plans will need to be abandoned.

In other words, we are past the point of waiting. We must stop additional new fossil fuel development today. 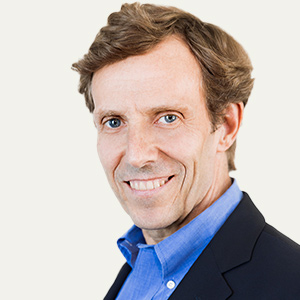 And yet, when the Glasgow Financial Alliance for Net Zero (GFANZ), a coalition of financial institutions launched in 2021, released its announcement at COP27 in Egypt last week, this urgency was not evident.

Instead, GFANZ says it will ask its members, representing $150 trillion in assets, to produce net zero plans by 2027.

Scientists, Carbon Tracker, and the International Energy Agency – which released a study showing that no new fossil fuel development is possible in a 1.5°C scenario – are already telling us 2027 is too late.

GFANZ does not seem up to the task at hand, due to structural flaws. It seeks to play a leadership role in transitioning financial institutions to become net zero at the same time it seeks to keep its broad tent intact and happy.

Its largest members, US banks, who are the biggest financiers of climate change, are insisting they cannot coordinate to adopt a net zero approach for fear of being sued for antitrust violations. This year, GFANZ dialed back membership criteria that demands net zero plans, and ten days before COP27 it eliminated an independent vetting mechanism called Race to Zero.

A lower threshold for membership and no third-party validation for credible net zero plans do not a viable leadership coalition make.

"GFANZ does not seem up to the task at hand, due to structural flaws"

Mark Carney, former Governor of the Bank of England and head of GFANZ, has seemed genuine in his intention to lead the financial sector to the net zero promised land. But he has put himself in an uncomfortable situation: while the giant coalition of bankers and investors is branded as a climate leadership effort, there has been little evidence or leadership or reduction of fossil fuel financing.

Throughout this year, many said: "Be patient, real plans are coming." Looking at what was delivered in Egypt, it appears that patience has not been a virtue. GFANZ has taken a step backward.

Over the six years since the Paris Climate Accord, when scientists told us we were in the midst of a global emergency, huge banks maintained and even increased their investments in fossil fuels at an average clip of about $750 billion dollars a year.

The world's 60 largest commercial banks have poured $4.6 trillion of financing into fossil fuels between 2015 and 2021. US banks are particularly bad offenders – they have financed more than 25% of that $4.6 trillion.

Faced with the urgency of an environmental catastrophe, financial institutions like to say that climate change requires governments to find solutions.

"Banks can't solve climate change," one JP Morgan banker told me. Yet bank sector lobbyists, working alongside fossil fuel lobbyists, continue to work to undermine the role of governments, who have sought, with very little success, to incentivize the necessary transition away from fossil fuels by creating a sector-wide, level playing field for banks and investors.

This is a sensible, market-friendly idea, also championed by Mark Carney, which proposes nothing mandatory beyond transparency, but most banks fiercely resist it. Presumably bankers have children and grandchildren who will suffer from climate-caused mayhem. Presumably they can connect the dots between their financing and the combustion of fossil fuels.

Yet, by and large, despite a raft of thoughtful GFANZ reports and many complicated negotiations, bankers have their blinders firmly fixed, and are doing little to tackle the problem they are fueling with their capital.

How do bankers have the right to blithely proceed in playing such a singular role in wrecking the planet?  No one has that right.

The GFANZ structure is partly to blame. Students of change note that leadership must come first, and that leadership rarely comes from large groups. Instead, early adopters lead and then others follow them.

The downside of Carney's remarkable organizing effort is that it creates obstacles for those members who would like to lead. Breaking ranks with the herd is hard for anyone in any situation, but especially when the herd is powerful and well organized.

Important commitments to stop investing in new fossil fuel development by the Netherlands' ING, the UK's Lloyds Banking Group and Germany's Munich Re, among others, have not received the notice they deserve. This may be because these firms themselves want to keep their sectoral relations intact.

Given that this small, but critical mass of leaders does exist, it would be a good time to note their intent, honor them for it, and use their leadership to encourage others to take similar steps. At that point, public pressure, market regulation, and a rapidly growing clean energy economy can bring most of the rest along.

We can't wait five years or longer for a polite consensus to emerge in the far larger GFANZ alliance.

"Could Carney or others create a smaller high ambition group to assume the mantle of leadership?"

To support a leadership approach, a benevolent competition for social-good market share needs to be established. This cannot happen with a giant alliance of entities working in lockstep, some of whom will be dedicated to preventing movement away from the status quo.

The strange stalemate reinforced by GFANZ must be overcome.

Could Carney or others create a smaller high ambition group to assume the mantle of leadership? This smaller group could break trail for others.

Given GFANZ's backward steps in 2022, forming a High Ambition Coalition (HAC) for bankers and investors may be just the right approach.  Others can join as they gain comfort.

This model has been successful in the past: High Ambition Coalitions around 1.5°C, ending plastic pollution, sustainable forestry, and 100% renewable energy goals have been very successful at moving policy and markets forward. Very few examples exist of leaderless change.

GFANZ is an important educational forum, but a HAC could accelerate real leadership and draw additional members without the encumbrances of the broader alliance.

Bankers could solve climate change if they wanted to. How do we get them to want to? A competition around ambition would help.

Michael Northrop is director of the Sustainable Development Program at the Rockefeller Brothers Fund.