Demand for weather hedging is growing across a range of industries and geographies and there is plenty of risk-taking capacity available from insurance companies and others. In addition, improvements in data quality, modelling techniques and other technology developments are making it easier for companies to protect their bottom line against adverse weather conditions quickly and cost-effectively. 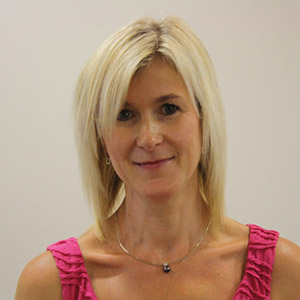 "There's plenty of capacity in the market from insurers, reinsurers and hedge funds," and "on the buy-side – all our existing clients have renewed coverage and some new buyers have come into the market".

"Demand is definitely increasing," he says, "We're very encouraged by growth not only from existing customers but also from new industry verticals beyond energy and from buyers in emerging markets in Asia, South America and Africa".

"We're seeing consistent growth in interest from existing and new clients," says managing partner Barney Schauble. "There is increasing awareness that weather is a risk you cannot control but that you can get protection for."

Some insurers incurred losses this year, after having to pay out on policies protecting clients from yet another warm winter and this caused a few to withdraw from the market. But the losses "pale into insignificance" compared with the impact of the multiple natural catastrophes in 2017, says Wilkinson.

After some significant losses from natural catastrophes this year, "I expect to see some retraction of capital from those doing both cat and weather," agrees Kurt Cripps, managing director and global head of weather risk at Aon Benfield, winner of the Best Broker - Asia category and runner –up in the Europe and North America categories.

Malinow at Sompo, says he has not seen capacity withdrawn from the market but notes that 2017 was the worst year in the past decade for insurers and reinsurers in terms of losses from natural catastrophes. If this leads to a significant increase in reinsurance rates in January there will probably be a knock-on impact on the cost of weather coverage, he says.

"We believe weather pricing is going to follow reinsurance pricing ... but with a time lag of about a year."

As in previous years, the energy sector remains the biggest single source of demand for weather hedges, mostly to offset shortfalls in demand due to unseasonal temperatures. But the agriculture and construction sectors are gaining in importance.

Demand is primarily from the energy sector, but agriculture is "a meaningful second", says Nephila's Schauble.

About half of WTW's clients are in the agriculture sector, where droughts and frost are the main perils of concern, Wilkinson says. Most contracts for these clients are therefore based on temperatures and/or rainfall.

Agriculture is a "gigantic and scalable industry", which makes it a "target-rich vertical for insurance companies", says Malinow at Sompo.

The traditional strength of Endurance has been in the US gas and power sector, but its US subsidiary ARMtech Insurance Services is a leading provider of solutions to the agriculture industry.

Globally, Sompo is developing an integrated platform for agriculture insurance and reinsurance solutions across the world. This 'AgriSompo' initiative aims to deliver a range of risk management solutions, including protection against yield and revenue shortfalls from single or multiple perils to farmers, agricultural insurers and other agri-businesses, the company says.

Sompo already provides agriculture insurance products in a number of countries but this new initiative aims to expand its geographic footprint significantly.

The agriculture sector "has phenomenal potential", agrees Cripps at Aon Benfield. But so does construction, and this is where his team's efforts are most heavily focussed as it is a significant 'vertical' market for the Aon group.

"We've had some exciting wins in the US this year," particularly for pipeline projects, but there is still a clear need for more education about the benefits of hedging weather risk, he says.

Sompo has also seen increasing interest globally from the construction sector and has developed products specifically for the industry, says Malinow. We are seeing most of the demand coming from the more mature weather risk markets – North America, Western Europe, Australia and Japan – he notes.

But interest from the construction sector is also growing in emerging markets as the population shift from countryside to cities drives demand for more building.

Excess rainfall and adverse temperatures are the main concerns for construction contractors as the delays they can cause on large projects can be extremely costly.

For offshore projects, however, wind speed and wave height can be the most critical factors and delays to these projects can be even more expensive. For example, the cost of hiring the specialised vessels used for erecting offshore wind turbines can reach $500,000/day. 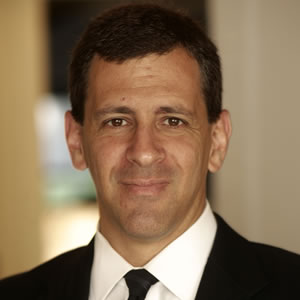 Several winners report growing interest from the renewables sector, mostly from onshore wind farms. Solar radiation levels are much less volatile than wind speed, but Malinow points to the growing number of utility-scale solar projects, which tend to be more highly leveraged, and therefore can have millions of dollars at stake if sunshine levels fall well below predictions.

Reed Smith, which retained the title of Best Law Firm in the weather risk markets, has a strong presence in the renewables sector and has seen interest "all the way down the supply chain", from generating companies to construction firms, says partner Claude Brown.

But demand from the renewables sector has "not grown as fast as anyone would like to see," says Cripps at Aon.

We see a lot of enquires about wind and some on solar, but hedging is much more challenging for the hydro market. "Correlation is very difficult to establish between rainfall and run-of-river," he says, because many other human interventions – such as varying demands for irrigation – can affect the river flow.

Speedwell Weather, however, which retained the title of Best Advisory/Data Service reports interest from hydro projects in South America. "We've seen some very large bespoke transactions in Peru, Colombia and Brazil, says co-CEO David Whitehead. "We're doing a lot of work down there."

And, although there is plenty of volatility creating risk for wind farms – especially onshore – many developers have agreed long-term power purchase agreements or benefit from other forms of price support, so many projects have protected cashflows.

But, with such support being gradually removed, demand for weather hedges from the renewables sector should increase, he predicts.

By 2030, the trade association WindEurope estimates that only 6% of European wind capacity will benefit from support schemes such as feed-in tariffs that fully protect against power price volatility, down from 75% today.

Hedging the resulting increase in weather risk will be made easier by the dramatic improvements in weather data in recent years – from ground-based stations and satellites.

A major advance for Speedwell in 2017 was February's official launch of its weatherXchange platform, which offers end-users:

It aims to open up index-based weather hedging to new users in the energy, renewables, agriculture, construction and tourism industries and also gives hedgers access to middle-office calculation services and settlement services.

Hedges are sometimes structured as derivatives contracts, but the word still has negative connotations for some clients and "there is a definite trend towards insurance products," says Aon's Cripps.

Regulatory changes are pushing in the same direction, adds Brown at Reed Smith. In particular, he cites the margining requirements of the European Market Infrastructure Regulation.

"We've seen a couple of deals that would previously have been derivative-based but were structured as insurance-linked securities because of the margin requirements," he says.

Speedwell's next major product launch aims to help end-users with their margining. It will provide a formal framework for margining index-based weather and "permit a more efficient use of capital for entities who would otherwise expect to fully collateralise trades and will allow new participants to deploy capital to the weather risk market by providing credit support", says chairman Stephen Doherty.

Among other regulatory pressures that could shape the market in future are the recommendations of the Task Force on Climate-related Financial Disclosures.

"I think this could help," says Nephila's Schauble. "If you have real disclosure (of climate risks) the next step is to quantify that exposure and the financial impact. Then the next logical step is for shareholders and rating agencies etc to ask – what are you going to do about that risk?"