Natural catastrophes are becoming increasingly common and costly. But more can be done to help protect society against their impacts argues Robert Muir-Wood

Given the reported increase in the frequency of natural catastrophes, we should ask how much progress we are making in reducing the impacts of these disasters?

Our focus is often drawn to the number of houses inundated or villages destroyed by storm surge.

How can we gain a perspective on what has been accomplished? Indeed, we are now at the start of the third UN-sponsored decade for natural disaster reduction, yet there is no process in place to measure the result of all these additional interventions: how many lives have been saved, how many houses were protected from flooding or kept their roofs during storms.

I wrote the book The Cure for Catastrophe to try and answer this question and explore how we are doing in this quest to solve the challenge of natural disasters.

I wanted to write a science-based, story-filled account of our progress and the pitfalls we have faced.

Increasingly, today's 'natural' disasters are manufactured - by what and where we build, where we build and how we fail to heed the warnings.

Risk is fast accumulating, unobserved, in each new beach front villa, in the shopping centre situated in the flood zone, in those concrete apartment buildings constructed on the earthquake frontline by informal builders without an engineer in sight.

The so called 'protection gap' is not shrinking.

How can we make these mountains of risk visible before the disaster occurs?

If you are in search of a role model for successful disaster risk management: ask the Dutch. Four hundred years ago, the Dutch had effectively mastered floods, understanding that high river levels have to be guided to the sea, while at the same time, storm surge floods need to be blocked.

The Dutch had learned how to construct strong, wave-resistant embankments and where to mount secondary lines of backstop defences. They had devised an operational system that could call out every villager to fight a dike breach, while mobilising the ruling prince to provide money and manpower to help defend a threatened coastline.

With the will, the funding, the leadership and the communal ownership, a nation was able to beat the impact of natural disasters.

As they boasted 400 years ago: "God made the world, but the Dutch made Holland".

The whole of society's engagement in water management created the strong foundation of Dutch democracy.

Central to the story of my book is the role that the insurance industry plays in setting out how to evaluate risk and, since the late 1980s, the role catastrophe modelling has played in helping to price catastrophe insurance.

Yet insurance losses from disasters are showing no progress in closing in on the total economic costs of catastrophes.

Apart from some crop yield coverage, heat waves and any accompanying droughts are almost entirely uninsured.

The so called 'protection gap' is not shrinking.There are many factors that create this gap. In Holland flood insurance is outlawed - the flood risk deemed intolerable – forcing the government there to invest in the highest quality defences.

Indeed, private flood insurance is absent or restricted in many countries, being considered too difficult to price, or hard to diversify when only those at highest risk purchase the protection.

Then there is the largest contribution to 'the gap', from people too poor to be able to set aside part of their meagre income and too focused on the daily challenges of providing adequate food, shelter and employment for their families.

However, one area which has shown promise is insuring governments themselves, so they have access to funds in the immediate aftermath of a disaster, in particular in pooling schemes across many countries like the Caribbean Catastrophe Risk Insurance Facility or the Africa Risk Capacity, with its focus on drought risk.Now it seems a new insurance protection gap is in danger of opening up as a result of climate change.

The two perils most confidently linked with a warmer world are heatwaves and sea level rise. In the summer of 2003, central France experienced its hottest and most persistent temperatures ever, with seven days above 40°C. Several nuclear power plants had to close as their cooling water was too warm. At the epicentre of this heatwave, in the Ile de France the death rate across all age groups peaked at nine times the average.

The trouble is, apart from some crop yield coverage, heat waves and any accompanying droughts are almost entirely uninsured. So, more risk is not automatically leading to more insurance.

And then there is the most compelling increase in coastal flood risks from sea level rise and potentially stronger storms.

However, on an average coastline as the cost of flood risk rises year on year, for those who are most exposed inevitably access to insurance will become unavailable. 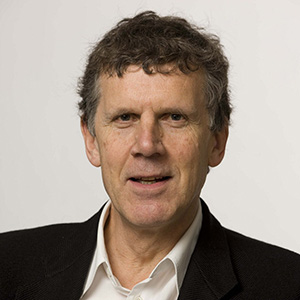 This is because the conventional insurance product is not well adapted to handling the shifting risk landscape resulting from climate change.

Insurers need to adapt their product to this new world: whether with drought coverage, insurance to cover a whole community, guarantees before a new building is constructed that insurability will be maintained over the building's lifetime, or the provision of multi-year insurance linked with investments in risk reduction.

If insurers only pick up the individual risks on which they are confident they can make a profit with standard annual insurance products, they are not solving a societal problem.

This is why insurance industry platforms like ClimateWise– facilitated by the Cambridge Institute for Sustainability Leadership – are so important, in representing insurers committed to climate change leadership.

New products and new solutions are required, that the industry can test and action which, in the case of ClimateWise, are informed by a world-leading university and its network of peers.

Climate change has the potential to widen the insurance protection gap. Insurers now need to show they have the imagination to deliver products that can help to close it.

Read the first part of Environmental Finance's analysis of how the insurance sector is dealing with climate change here.