We are seeing the beginning of a shift in policy to provide explicit financial incentives for nature inclusion and restoration, argues Megan Reilly Cayten

[This article was edited on 6 June to transpose paragraphs seven and eight, which had been switched in error in a previous version] 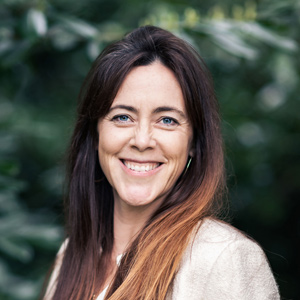 The Intergovernmental Platform for Biodiversity and Ecosystem Services, akin to the IPCC for climate, was established a decade ago in recognition that "the biodiversity crisis is probably a greater threat than global climate change to the stability and prosperous future of humankind on Earth" according to one of its founders, Professor Carsten Rahbek. As is the case with climate, we are collectively subsidising activities that destroy nature and biodiversity and continue to exclude both positive and negative impacts from consideration in the financial system.

Around three quarters of the land-based environment and two thirds of the marine environment have been significantly altered by human actions. We have already lost 85% of the world's' wetlands and one third of its forests.

In just four decades – my lifetime, and I am not that old – we have lost on average more than two-thirds of the abundance of all mammals, birds, fish, reptiles and amphibians. Humans and the animals they farm make up around 96% of all mammal biomass on earth today and scientists tell us that a million species are on track for extinction, many within decades.

Human activity and nature are inextricably linked despite the sense of disconnection bred by increasing urbanization and technology. As a good example, consider Covid. Without nature there would be no oxygen, no people, therefore no economy.

Economic activity and human life depend on ecosystems which are collapsing, in ways that affect food security, health, livelihood and even the weather – as an example, the deforestation in the Amazon is affecting rainfall in the US Midwest, the breadbasket for much of the planet. We are consuming around 1.7x the annual resources of the planet every year, and we are polluting much of what is left.

"We have already lost 85% of the world's' wetlands and one third of its forests."

As with climate, the world is slowly waking up to the threats posed by the current status quo and beginning to coalesce around a Global Goal for Nature (akin to the global goal for climate of 1.5 degrees articulated in the Paris Agreement). As the Taskforce on Climate-related Financial Disclosures (TCFD) did for climate, the Taskforce on Nature-related Financial Disclosures (TNFD) is developing an institutionalized approach to quantifying the dependencies, risks and impacts of activities by financial institutions and companies on nature.

Although the TNFD framework is new and in development, it is supported by a wide range of global stakeholders, and expectations are that it will be adopted by leading market actors and eventually become part of the regulatory framework in some jurisdictions, as happened with TCFD.

In France, there is already a law requiring financial institutions to disclose impacts and dependencies on nature. An institutional approach to quantifying nature-based assets will provide the foundation for valuing those assets in ways that may drive market and behaviour change and create the potential for large-scale strategic transformation.

TNFD defines nature-related opportunities as those that avoid or reduce nature impacts or contribute to its restoration.

The Science-Based Targets for Nature network, similar to the Science-Based Targets Initiative focused on climate, is developing methodologies for corporates and others to set science-based targets based on ecosystem viability, with the first focused on freshwater. Companies that commit to science-based targets for irrigation or runoff in their supply chains, for example, may drive innovation and change their strategy in ways that could be as profound as the economic transformation required by decarbonisation.

"We are consuming around 1.7x the annual resources of the planet every year , and we are polluting much of what is left."

Again, much like climate, we are seeing the beginning of a shift in policy to provide explicit financial incentives for nature inclusion and restoration – e.g. the EU Biodiversity Strategy's focus on incorporating high-diversity landscape features into agriculture and the CAP's commitment of 40% of funding to environmental incentives, and Biodiversity Net Gain in the UK. These build on decades of experience in biodiversity offsetting, led by the $5bn wetlands and stream mitigation banking market in the US as well as other regulated markets in Germany, Australia and elsewhere, and global expertise developed by adherents to the IFC Performance Standards, covering most international infrastructure investment.

The current wave of Net Zero commitments may in the not-so-distant future be followed by commitments to Nature Positive, with much debate over definitions and guidance on measurement and claims as we have seen in the Net Zero space. Products, companies and asset managers that can credibly claim to be aligned with the global goal for nature may in future command a premium.

Through developments in technology, we are increasingly able to hold companies that make climate commitments such as zero deforestation to account for their supply chains, and in time, fully traceable supply chains should become the norm. When consumers and regulators understand the extent to which a company's supply chain is exhausting limited resources or depleting ecosystems, it will become harder for those companies not to own the problem and direct resources to finding solutions.

The solutions they adopt will likely involve changing practices and paying for resources or impacts we used to consider free, much as we are doing today in climate. Companies and asset managers that deploy creative solutions today will create value in the markets of tomorrow.

As regulatory and voluntary markets develop, we may see standalone nature credits, which will necessarily be hyper-local and may be targeted at one ecosystem service or bundle multiple ones, and may be differentiated by whether they reduce negative impacts (the carbon credit parallel is avoided emissions) or actively restore nature (the parallel to carbon removal credits). While the voluntary carbon market took two decades to evolve to where it is today, you can expect the voluntary nature market to move more rapidly, building on the learnings of its predecessor.

The parallels between nature and climate do have their limits. Nature is both complex and complicated. Changes in nature are holistic, with multiple variables – in a way that engineered solutions are not – but also offer inherent potential for regeneration once the conditions are set in place, and once we commit to work with nature.

There is no single metric for nature or biodiversity, akin to the mtCO2e we have for climate. And with nature and biodiversity loss, dependencies and impacts are inherently local, so location is an essential consideration, adding multiple layers of complexity to even understanding a challenge much less designing and implementing interventions and creating markets. Finally, putting a price on what is inherently priceless may seem to some, to quote Sir Dasgupta, "vulgar".

Scientists estimate that nature-based solutions could provide 30% of the emissions reductions needed to meet the goals of the Paris Agreement, as well as enhancing biodiversity and providing other important co-benefits in climate adaptation and ecosystem services.

"There is no single metric for nature or biodiversity, akin to the mtCO2e"

The fundamental objective of the global goals for climate and for nature is a planet that is capable of sustaining all life, and we need to address both - to stop and reverse carbon emissions and to stop and reverse biodiversity loss - to leave our kids and theirs a habitable planet.

We know how to do this – nature-based solutions (NBS) are, as the name implies, based in nature's fundamental capacity to regenerate when given a chance. Carbon markets already offer a route to scale up NBS, which offer the lowest-cost greenhouse gas emission removal opportunities. Projects are readily available for any geography and run the gamut from rewetting peatlands to planting trees to restore degraded agricultural land. When done well, they provide a host of community and biodiversity benefits. The emergence of payments for other ecosystem services beyond carbon provides more opportunity to direct financing towards projects that have the most impact. In the United Kingdom, the creation of the Biodiversity Net Gain mandate in the 2021 Environment Bill and the infrastructure to quantify biodiversity into credits that can then be sold from a third party to developers is a good example.

The growing recognition of the monumental challenge posed by biodiversity loss and the efforts underway to meet it by following the playbook created for climate, is why we say "Nature is the new climate".