The Compass Fund aims to tap into "the two greatest megatrends of the 21st century" – sustainable investing and AI. Peter Kellner talks to Peter Cripps

The Compass Fund's belief that incorporating environmental, social and governance (ESG) factors can drive alpha and reduce risk seems to have been borne out by its initial months of trading.

The hedge fund, which claims to be the first-ever sustainability-focused, global, multi-asset fund to employ machine learning to extract material ESG metrics, returned 9.99% in 2018 – a year to forget for most investors.

This compares with minus 7.03% for the HFRX Global Hedge Funds Index, while the iShares corporate bond index was down 4.01%, and the MSCI World was down 11.19%.

Peter Kellner, founding chairman and CEO of Richmond Global Compass Capital, which was founded in 2016 and manages the fund, says: "I think you would be very hard pressed to find a lot of hedge funds performing that way.

"We are living in highly volatile times. Long-only funds might be facing some challenges. But it's great for certain types of hedge funds" – Peter Kellner

"9.99% net is a pretty good return for 2018. That was a result of the quality of our trading machine and the multi-strategy approach.

"We are living in highly volatile times. Long-only funds might be facing some challenges. But it's great for certain types of hedge funds – we can take advantage of cycles and trade in and out of instruments."

Kellner, an American of Hungarian heritage, co-founded Endeavor Global, an NGO to identify and cultivate the highest-impacting entrepreneurs in the world, in 1996. Around the same time, he launched Richmond Global LLC, a venture capital firm that invests in technology start-ups.

His latest enterprise – the Compass Fund – takes a top-down and bottom-up approach to portfolio construction.

It begins with a macro-level asset allocation process. This leads the fund managers to hone in on particular asset types, countries or sectors. It then uses proprietary artificial intelligence (AI) and data science techniques to help it select securities.

ESG is a quantitative measure of asset quality, according to the fund's literature. "It captures a set of hard-to-measure characteristics that are reflective of management quality not reflected in traditional financial quality measures."

As well as using traditional ESG data from data providers, the fund also uses its own system that uses natural language processing to listen for signals on earnings calls, and company filings. 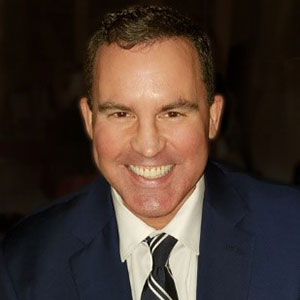 In this way, the fund aims to tap into what Kellner describes as "the two greatest megatrends of the 21st century" – sustainable investing and AI.

"We are marrying the two up in a way that is very nuanced," he says. "I can't find another multi-asset fund taking the approach we do."

This combination of AI-enhanced ESG and top-down asset allocation has proved effective so far.

It led the fund to switch out of equities in January 2018, reducing its exposure to the asset class from 40% to 5% the following month, helping shield the fund from underperformance.

"The unprecedented irregularities in the geopolitical environment over the past two years have meant we have had to do a little dance to pull us out of equities in January," he says, adding: "This process drove us into short-term Treasuries way before anyone else got to the short end of the curve."

The multi-asset approach allows the fund to play these calls in creative ways. So, when the managers decided they were negative on technology stocks, instead of shorting Amazon, which Kellner argues would have been "a really stupid thing to do", it instead went long on the US dollar against the Taiwan dollar, which is heavily exposed to technology stocks.

Some of the stocks that have boosted performance so far are BYD and Orsted, both of which have now been sold. BYD was selected because the managers became attracted to the Chinese energy sector. They then decided to play this through the battery sector, leading them to BYD. "We exited with nice profits," says Kellner.

It was a similar story for Orsted, the Danish oil & gas producer which is cleaning up its act switching to offshore wind. Kellner explains: "We got involved pretty early. We looked to Europe and energy. We decided wind power because it was some of the most inexpensive energy. It was one of the first equities in our cash book."

Kellner and his colleagues are now actively marketing the fund, having tested the concept.