Investments that lift people out of economic deprivation are as vital to the planet as those that lower the carbon footprint, promote health and safety and strengthen transparency, argues Carolyn Campbell

As ESG fervour sweeps the globe, the regulatory hammer is falling on investment funds large and small. 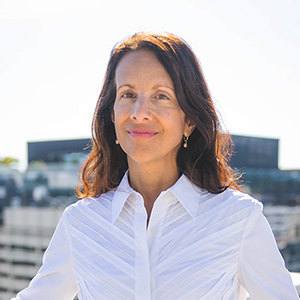 The latest tightening of the screws came last month, when the US Securities and Exchange Commission announced it would consider stricter disclosure requirements for investment funds amidst persistent worries that industry players were making bogus claims about their ESG commitments.

In March, Europe rolled out the world's most far-reaching set of rules for ESG disclosures when it began enforcing the Sustainable Finance Disclosure Regulation.

To be certain, we should welcome rules that discourage greenwashing, and no one should argue against an investment philosophy that puts conscience above profits. But the increasingly stringent regulatory environment is also symptomatic of the great lengths to which investment funds will go to please authorities.

The higher we set the bar on ESG standards the more we disqualify investments for projects with otherwise high merit.

This is particularly true in poorer countries, where the need to attract foreign direct investment is great and where the vast majority of projects and companies eager to attract that capital do not meet certain ESG benchmarks.

Maybe we should ask ourselves: Has the ESG craze gone too far? Have we sacrificed sensibility in the pursuit of virtue?

More than 2,700 financial institutions with a combined $100 trillion of assets under management have signed on to the United Nations Principles for Responsible Investment (PRI), which promotes the incorporation of ESG into investment decisions. But according to a research paper published last year, few of the signatories made actually tangible changes to ESG but instead used their associations with PRI "as a mechanism to attract capital." Translation: ESG is a real marketing boon but it frequently fails deliver on what it advertises.

For emerging markets, these failures have important implications when strict ESG scorecards rule out projects that have otherwise positive impacts to society, like creating jobs, building industry or infrastructure and ultimately enable greener, healthier and more stable economies.

ESG is a worthy goal but it should not come at the expense of "P," as in poverty reduction.

About a quarter of humanity – about 2 billion people – still lives in extreme poverty.

Investments that lift people out of economic deprivation are as vital to the planet as those that lower the carbon footprint, promote health and safety and strengthen transparency.

In poor countries, ESG ratings have disfavoured investments in industries that create value, including mining, energy and natural gas.

While investors in developed economies are increasingly excluding new investments into fossil fuels - even as they themselves rely on mining and natural gas - these sectors are sizeable contributors to GDP and export earnings, and form the bedrock for boom industries worldwide, such as electric vehicles, the computer industry and manufacturing.

The loss of incentives promoted by ESG ratings might slow the economic growth of emerging countries relying heavily on natural resources.

One case study is Mozambique, where liquefied natural gas (LNG) was meant to have a transformative effect on the country's economy. Mozambique's three ongoing LNG projects could generate as much as $12 billion annually, massive revenues that could overcome its sovereign debt issues and drive annual GDP growth to double digits.

The gas sector has the potential to spur other sectors, effectively lifting millions out of poverty. But the LNG projects are in peril now, facing an uncertain security situation in the Cabo Delgado province and mounting ESG pressures on its international financiers.

Proponents of sustainability refute natural gas as a transition fuel between hydrocarbons and renewable energy.

This means financial institutions might soon start opting out of the project. For Mozambique and the rest of Africa, that would be disastrous.

In emerging economies where alternative energy sources don't necessarily exist, natural gas replaces burning coal and wood, and represents a significant "E" as in environmental upgrade in addition to alleviating "P," as in poverty.

Impact investing will continue to be a growing trend in these countries but we should be mindful of its costly tradeoffs in the quest for higher standards, which have been defined by wealthy nations at the expense of the economic, social and environmental needs of poorer nations.

The excesses of ESG remind us that you can't always get what you want, but you should at least get what you need.