The rapid growth of renewable energy and a strong El Nino were major influences on the weather risk hedging market in 2015, says Graham Cooper

Companies offering weather risk management services say a booming renewable energy sector and a strong El Nino helped shape the market in 2015 but most of the market's growth was due to weather derivatives being adopted by a wider range of end-users.

"The market is definitely growing," says David Whitehead, co-CEO of Speedwell Weather, which retained its title of Best Advisory/Data Service in this year's Market Rankings. "I don't think any part of the world is not hedging weather risk now."

Across the world, the energy sector remains the dominant source of demand for weather protection, but many other industries are now involved. Agriculture, in particular, "has really come on strong in the past two years," he says, including many small deals for 'mom and pop' farms in the US mid-west.

The growing interest from smaller market participants, in various industries, is partly a result of outreach efforts by the Weather Risk Management Association, says Claude Brown, a partner in the global derivatives practice at Reed Smith, which was once again voted Best Law Firm.

In Europe, new business has been seen from the leisure and retail sectors, as well as from smaller energy companies, he says.  Europe is seeing fewer deals than the US, but they are generally of larger size, says Whitehead.

Another trend is the growing popularity of more complex customised protection, rather than simpler contracts based on single weather triggers such as heating degree days (HDDs) or cooling degree days (CDDs).

Demand for multiple-trigger contracts is coming from a growing set of customers across an expanding set of industries and a more diverse range of geographies, says Marty Malinow, president of Endurance Global Weather. But "we are also seeing much greater demand for more tailored protection from utilities and energy companies than a few years ago."

As in 2014, Endurance swept the board in the category of Best Dealer/Structured Product Provider across all four regional markets covered in the survey: North America, Europe, Asia and Australia.

"The trend is away from plain vanilla HDDs and CDDs" towards more structured deals, agrees Brown at Reed Smith. Popular examples include 'compound' contracts that link weather parameters, such as temperature, to the price of gas or other energy commodities.

Utilities want to avoid having to buy additional power in the spot market at a time of peak prices, so typically they buy some form of price protection to avoid this risk. While highly structured transactions such as temperature-contingent power price protection can be complex, they can also be extremely cost-effective, Malinow says, when compared with 'vanilla', non-contingent protection.

Such 'multiple contingency' contracts that incorporate both weather and price are being sold to large energy sector clients as well as newer, smaller customers, says Malinow. They are getting the precise protection they need "as they don't want to overhedge in buying separate price and weather products," he says.

Endurance offers a range of solutions which combine weather and commodity variables under the tradename CommodityFlex.  The weather variables include temperature, precipitation and river height, among others, while the commodity options can include corn, wheat and cotton prices as well as natural gas and electricity.

Many companies have a qualitative understanding of how their business is affected by weather but often need help to translate this into a quantitative estimate of the potential financial impact of adverse conditions, Speedwell says.

These contracts, mostly futures and options based on HDDs and CDDs, were a major driver of growth in the weather risk market in its early years, but falling volumes have led the exchange to delist many of them in the past six months.

This is a shame, argues Whitehead, because the contracts provided a level of transparency to the market. Counterparties are increasingly concerned about the accuracy of weather data, used to settle hedging contracts since the CME's range of contracts has shrunk and Speedwell is trying to fill this gap.

In September it started making settlement data freely available. This should improve transparency in the market and, "the more people see it, the more likely they are to transact on it," Whitehead says.

Another major influence on the market this year has been the unusually strong El Nino. For us, "El Nino has been the whole story," says Peter Rosen, at Tullett Prebon, voted Best Broker in North America and Europe.

It was widely foreseen that conditions would be warmer than usual in much of the US and this consensus has led to less trading of standard temperature-based contracts for this winter, Rosen says.

Malinow at Endurance, however, reports "an increased number of requests for warm-side protection this winter".

The El Nino is likely to continue affecting the market into the first quarter of next year, according to US meteorological experts.  Some observers blame the phenomenon for relatively weak wind conditions in some states which have added to the woes of US renewables-based yieldcos.

"Due to the ongoing effect of low wind production … we have adjusted our expectation for wind production over the balance of 2015," Kurt Andrews, NRG Yield's CFO, told industry analysts in August.

The renewables sector is a clear growth area for weather risk management. Enquiries from this sector are mostly from developers and operators of windfarms, says Malinow, and the transactions generally fall into two types.

"We are also seeing much greater demand for more tailored protection from utilities and energy companies than a few years ago" Marty Malinow, Endurance Global Weather

Where existing wind assets are already on the balance sheet, operators use weather risk management contracts to help integrate their intermittent supply with other generation sources. Such hedges often cover entire regions, for example Northern Germany or West Texas.

Companies building new wind farms, on the other hand, want weather protection in place to help them increase the certainty of debt service coverage and thus secure better financing terms. These are usually single-site transactions. 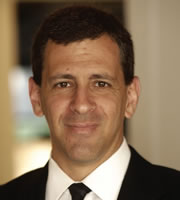 A tougher challenge comes in providing suitable hedges for offshore windfarms, Malinow says.  Not only are they generally located further from airports, where the best historical weather data is available, but the wind conditions of most interest are those at the top of the tower – sometimes as much as 100m above sea level, way above the height of most traditional weather gauges.

'Gridded data' – based on satellite readings, 'reanalysis data' from processed historical data and some actual production data from offshore assets – can help with this challenge.

Endurance has developed its WaveLock product as a risk transfer mechanism for both contractors and owners facing this exposure. Endurance is much better placed to take on this risk because of its diversified portfolio of risks ranging across a wide variety of weather parameters and locations, notes Malinow.

"We see the ability to index offshore projects using new data sources as a potentially burgeoning area ... which could be a game-changer in our business."