It's been a rollercoaster ride for the Regional Greenhouse Gas Initiative (RGGI)  – the first mandatory cap-and-trade programme in the US to cover carbon dioxide (CO₂) – since its inception in 2003. The brainchild of the governors of 10 northeast US states, RGGI, which covers power companies, was six years in design and barely in operation in 2009 when problems – chiefly, an oversupply of allowances – emerged.

These problems were left unresolved until 2012, when a review of the programme took place. But the states moved fast: changes to RGGI's design were proposed in early 2013 (see box) – and took just one year to be adopted by the nine states that remained after New Jersey pulled out at the end of 2011. Its departure left Connecticut, Delaware, Maine, Maryland, Massachusetts, New Hampshire, New York, Rhode Island, and Vermont as the participating states.

"It was clear that the cap needed updating if we wanted to have a functioning market place," says Collin O'Mara, vice-chairman of the RGGI Inc board and secretary at Delaware's Department of Natural Resources and Environmental Control. "Keeping the programme's integrity was very important."

The oversupply in the first compliance period, which ran from 2009 until 2011, led to prices rarely straying much above the auction reserve price, which began at $1.86 per allowance, each representing one short ton of CO₂. Peter Shattuck, director of market initiatives at Boston-based non-profit Environment Northeast, says that this reserve price "kept the price from going to zero".

Shattuck says that emissions in 2009 were already about one-third less than the cap, owing to a shift in the power mix in the region, from oil to gas, since the programme was designed. The region is also host to some of the most ambitious renewable portfolio standards, he says.

"The common assumption is that the economic downturn contributed [to the lower emissions]," he says. "[But] state economies are rebounding and emissions are [still] falling."

Even with the new, tighter cap – which starts 45% lower than last year's 165 million short ton CO₂ cap, before any further adjustments to account for banked allowances – "we're looking at coming in under this cap," says Shattuck.

Another feature of the redesign is the adjustment to account for surplus allowances held in accounts already, amounting to "tens of millions", says Shattuck.

"In the early years, utilities bought up excess permits in case prices went up," he explains. To preserve the integrity of the cap, administrators agreed to reduce it slightly each year to account for these privately held allowances. RGGI Inc has determined that 57.4 million surplus units are being held over from the 2009-11 compliance period, so 8.2 million will be removed from the cap each year from 2014-20. 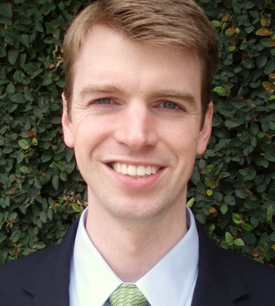 "Some of the utilities accepted it more readily than others," Shattuck says. "Cleaner generators in the region see a greater value in a more real carbon price."

However, one observer – who declined to be named – says that auctions were undersubscribed in the first few years due to the oversupply. "There are not massive banks out there," he says. The way the surplus has been handled "was very well done", says Paul Tesoriero, director of environmental markets at brokerage Evolution Markets in White Plains, New York, because it preserves the value of the allowances.

"If market participants feel they're losing value, they lose confidence," he says. "There is a time in the future when the supply will get tougher – it's phased in."

Since Governor Chris Christie (R) withdrew the state from RGGI in 2011, programme supporters have been trying to persuade him to rejoin the initiative.

The latest attempt, spearheaded by Democrat state senator Bob Smith, chairman of the environment and solid waste committee, would see the issue put to the electorate and, if adopted,  written into the state's constitution.

"I am convinced that climate change is happening in New Jersey," he says, pointing to extreme weather events such as Superstorm Sandy.

"We would love New Jersey to rejoin – we would welcome them with open arms," says Collin O'Mara, vice-chairman of the RGGI Inc board. Although Smith was initially aiming for this November, alongside the mid-term elections, the state's voters are now unlikely to be asked until 2016 at the earliest, he says. 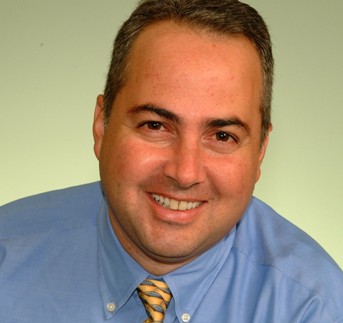 "There was a broader understanding that our goal is to reduce emissions," which is jeopardised by the surplus, says O'Mara. The adjustment mechanism allows "greater financial predictability", he adds.

The market has responded, too. Almost immediately after the tighter cap was unveiled, prices jumped back up to over $3/t (see graph) – a level not seen since 2009. An exceptionally cold winter has pushed them closer to $4/t this year. A record clearing price of $4/t was set in an auction in early March.

"RGGI prices moved from sub-$2 in early 2013 to over $3.75 by the second quarter of 2013, and [are] currently valued at $3.65," says Mike Taylor, a senior vice-president at Houston-based trading firm Element Markets. "We saw approximately a 100% price increase in the RGGI IntercontinentalExchange (ICE) contract."

"You like to see that, where the market fundamentals drive the price," adds Tesoriero. However, he notes that there is not much of a forward curve, particularly as RGGI states are no longer auctioning allowances for future years.

Trading activity has picked up significantly as well, on the spot market and front-December contracts. Tesoriero says there is a mix of on-exchange and over-the-counter (but exchange-cleared) trading, averaging about one million tons a week.

However, the quarterly auctions remain the main place for buying, says Taylor.

"Many participants use the quarterly auctions to procure the bulk of their compliance needs, but the open interest on ICE has risen from a little over 1 million allowances in early 2013 to well over 18 million allowances," he says.

There is a widespread confidence that RGGI is here to stay. The reforms "show the RGGI [states are] serious about keeping [the] programme stringent and relevant moving forward", says Taylor.

Looming federal regulations under the Clean Air Act on emissions from power plants will keep the programme relevant – and may see other states join the initiative. There is also speculation about New Jersey rejoining (see box).

"We have had outreach from many other states," says O'Mara, declining to be drawn further. "As states are looking at the complexity of putting together plans … a system like RGGI that is an all-in cap … is very attractive."

And, with auction revenues being reinvested in clean energy and energy efficiency projects, RGGI has "a lot of advantages that other regulatory approaches [to cutting emissions] don't have", he adds.