The Russian invasion of Ukraine could provide the 'jolt' to renewables to provide the scale needed to deliver the EU climate polices, argues Nomura's Alex Wotton

History may look back on Russia's invasion of Ukraine as a watershed moment in the fight against climate change as EU countries rush to adopt greener power motivated by energy security.

That shift in policy could spur a flurry of private renewables deals in the short term, and more public share sales once markets stabilise. 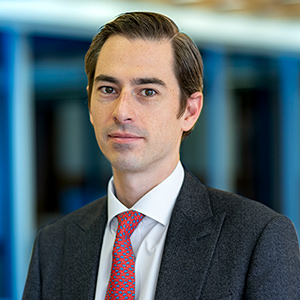 The war has underscored how geopolitics is inextricably linked to energy policy and climate outcomes.

In March, the European Commission unveiled its 'REPowerEU' plan to reduce the bloc's energy dependencies over concerns that Russia could turn off gas supplies in retaliation to sanctions from the EU and US as well as to avoid indirectly funding the invasion by buying Russian fossil fuels.

Building on the EU Green Deal targeting climate neutrality by 2050 announced in 2019 and the subsequent 'Fit for 55' interim 2030 climate plan last year, REPowerEU measures include quicker deployment of wind and solar, further developing a hydrogen market and streamlining authorisations to fast-track new power projects. In

May, the Commission is due to publish a detailed recommendation on how fast permitting for renewable energy projects would operate in practice. It is already considering revising up its ambitions by targeting a 45% share of renewable energy by 2030 up from 40%.

In 2021, the EU imported around 140 billion cubic metres (bcm) of gas by pipeline from Russia and 15 bcm of liquefied natural gas. The total 155 bcm of imports accounted for almost 40% of the EU's total gas consumption, according to the International Energy Agency (IEA).

To quantify the scale of the challenge, the EU's Green deal will cost €1 trillion ($1.1 trillion) until 2030 to put the continent on the path to climate neutrality, €279 billion of which will come from the private sector.

That level of capital expenditure is too great for incumbent energy providers and new entrants alike, so funding models like 'partnership capital' and 'recycling' of capital will become much more prevalent going forwards. Spanish energy giant Repsol is a good example. Last month it announced that it had sold a 49% stake in the Valdesolar solar project to The Renewables Infrastructure Group (TRIG) as part of an asset rotation strategy to fund new projects.

At the same time, pension firms and insurance groups are allocating record amounts to renewable power through infrastructure funds, impact/transition funds and via direct investments. Some of this money needs to be deployed within strict time limits, which will further accelerate 'green' merger and acquisition (M&A) activity as the capital pool is chasing a finite number of investment opportunities.

Looking further ahead, the renewables decade also presents a golden opportunity for high growth green startups or incumbents with innovative sustainable businesses to IPO or spin off and list as separate entities on the stock market. Last year, Acciona, the infrastructure group, IPO'd its renewables arm Acciona Energia in Spain. And an Italian oil and gas company announced an intention to IPO its integrated gas & power retail and renewables business. Under a separate listing, the carved out entities will find it easier to raise funds and attract new investors, which adds further momentum to the energy transition.

REPowerEU proposes a 'Hydrogen Accelerator' programme to spur an additional 15 million tonnes of renewable hydrogen by 2030 on top of the 5.6 million tonnes already envisaged under the EU's existing strategy.

Denmark has set a new goal to produce up to 6GW of green hydrogen annually by 2030 — one of the highest targets in Europe. Meanwhile, Germany has started talks with Norway to import hydrogen via a Nordic pipeline.

We are likely to see increased investor appetite for similar transactions given the combination of large capital raised by infrastructure/energy transition funds and strong corporate balance sheets combined with politicians fast-tracking approvals.

The spike in natural gas prices means that green hydrogen is now cheaper than fossil fuels. If gas prices remain high for a prolonged period of time, green hydrogen has the chance to scale up, which will add further downward pressure on prices, lowering the risk to investors.

Accelerated solar deployment can lead to substantial gains. Regulatory permits are crucial to enable the necessary huge uptick in solar installations. We are already seeing an increase in interest for solar project developments from investors and start-ups that could entrench solar power. In Germany, consumers are actively looking into household solar systems that power their homes and cars. The technology is starting to come down in price and it adds value to homes.

While renewables are a big part of the answer, the sun doesn't shine on demand and the wind doesn't always blow. To reduce this intermittency, battery storage will be given fresh impetus. But in the short term, the war has caused raw material input prices like nickel and lithium to rise sharply, challenging the economics.

"The current energy crisis may be the jolt that gives renewables the scale to remove the green premium of the past and usher in a new era of affordable, clean energy"

Russia's invasion of Ukraine has triggered record spikes in gas prices, which may exert further pressure on governments to accelerate the energy transition as voters lift energy costs to the top of the political agenda. The price of natural gas in Europe hit an all-time high on March 7, briefly touching €345 per megawatt-hour, according to FactSet data.

Today's backdrop has precedent. Elevated fossil fuel prices and energy security concerns led to significant investment in clean energy after the geopolitical tremors in the decade following the oil shocks of the early 1970s when governments substantially increased spending on non-fossil public energy research and development.

The current energy crisis may be the jolt that gives renewables the scale to remove the green premium of the past and usher in a new era of affordable, clean energy.

Alex Wotton is co-head Greentech Industrials and Infrastructure in EMEA at Nomura.