Investors are increasingly seeing the merits of sustainable forestry. There are numerous ways to invest in this asset class, as Peter Cripps reports

In the continuing low-interest rate environment, amid volatile debt and equity markets, investors' search for yield continues. And one increasingly popular asset class to which a sustainable investor can look for returns is forestry.

The growing interest in forestry is part of a broader shift towards diversification into "real assets", which also include infrastructure and real estate, says GianPaolo Potsios, a partner at Timberland Investment Resources (TIR), a timberland asset manager.

TIR recently reached an $80 million first close on a fund that will invest in sustainable forestry in the US and Europe, and has attracted allocations from five institutions, including two insurers.

"Now is "a very attractive time" to invest in forestry" Christoph Butz, Pictet

These investors are attracted to sustainable forestry because the asset class has a low correlation with debt and equity markets, and offers some protection against inflation. Plus, one of the principal attractions of trees is that they can be expected to keep growing regardless of the macro-economic conditions.

Investments in timberland also benefit from land ownership, which can increase in value, helping to boost returns.

The companies hope to work together to "expand Japanese institutional investment in the forestry sector". 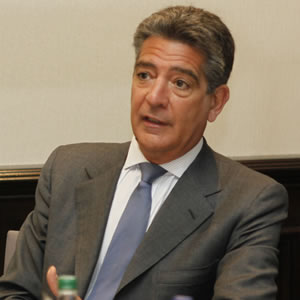 New Forests estimates that there is currently $100 billion of institutional investment in timberland via real estate investment trusts, unlisted funds and direct investments. It expects this to double over the next 10 or 20 years, meaning that institutions will control about a quarter of all timber supply.

While North America, Australia and New Zealand will remain the strongholds for forestry investment, it expects to see growth from emerging markets.

Christoph Butz, a co-manager of Pictet Timber, which claims to be the only actively managed fund investing in listed timberland equities worldwide, believes that now is "a very attractive time" to invest in forestry. The fund had $469 million of assets, as of the end of 2015, and a further $700 million was invested in segregated accounts under the same strategy.

The main potential driver of returns is the recovering US housing market, Butz says, as this will continue to boost demand for lumber from North American forests, a market in which supply has been constrained by beetle infestations in some Canadian forests. The fund's three biggest holdings at the end of December were North American timberland companies Weyerhaeuser, Plum Creek Timber, and Rayonier.

"This could be time for very attractive high prices," says Butz. "It's an extremely attractive moment [to invest]."

Butz adds that forestry holdings are currently trading "at a huge discount to private equity valuations", as much as 20% to 40% below the "real inherent value of the forest".

Admittedly, the asset class has its drawbacks, including lack of liquidity, and the risk of natural hazards such as fire or beetle infestations.

Despite this, TIR's Potsios says the risk-adjusted returns are attractive. His fund aims to provide internal rates of return of about 8% over a 10-year period.

"Investors are increasingly asking asset managers to demonstrate that their operations are sustainable" Marko Katila, Dasos

These characteristics are alluring to investors with long-term liabilities, such as pension funds and insurers, although they will typically choose to limit their exposure to the asset class to a small percentage of their overall portfolios.

New Forests says the returns on offer vary according to the investment, but as a rule of thumb, investors seek 4-6% real returns from the US, 6-8% from Australia and New Zealand, 8-10% from South America, and 12% or higher from Asia and Africa.

But what is sustainable forestry? Or, to put it another way, how can chopping down trees be good for the planet?

There are two main sustainability standards that are globally accepted by investors, argues Marko Katila, a senior advisor at Finland-based Dasos Capital, which advises two sustainable forestry funds, whose investors include Finnish and other European pension funds, endowments and family offices.

These standards are the Forest Stewardship Council (FSC) and the Programme for the Endorsement of Forest Certification (PEFC), says Katila, although there are other regional standards that are respected by investors, such as the Sustainable Forestry Initiative (SFI) in the US. 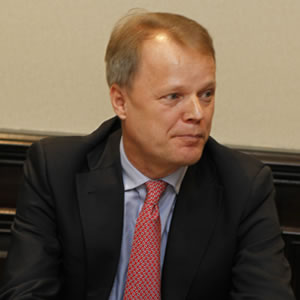 Investors are increasingly asking asset managers to demonstrate that their operations are sustainable, he says.

This push towards certification is also being seen by the PEFC, which says 260 million hectares of forests are certified to its sustainability benchmarks.

The scheme is seeing strong growth in Asia, where two years ago it endorsed standards for the Chinese market, says its head of communications, Thorsten Arndt.

Standards to be considered for endorsement by the PEFC are being prepared in other Asian countries such as India, Japan, the Philippines, and Thailand, he adds.

Pictet's Butz says the Timber fund welcomes sustainability certification, although he points out that it only invests in markets where there is legislation in place to govern forests sustainably.

Nils von Schmidt, a Hamburg-based portfolio manager at Aquila Capital, which has made €100 million of timberland investments, agrees that investing in forestry can be sustainable – providing it is done correctly.

"If you are looking for a really green investment, this is it," he says. "We certify most of our forests and we are actively involved in their management to ensure our sustainability criteria are met. But finding the right people [on the ground] is key."

The world's first green bond to be issued by a 'pureplay' forestry company has been sold.

Sweden's Sveaskog, a state-owned company which claims to own 14% of all forest land in the country, has raised SEK1 billion ($117 million) through five-year notes to fund general corporate activities. The deal is split into two: a SEK700 million tranche with a coupon of 1.49%, and a SEK300 million which will pay 120 basis points above STIBOR.

DNB was lead manager on the transaction, which will be listed on the dedicated green bond segment of the Stockholm stock exchange.

The Paris climate agreement in December 2015 is expected to have no immediate impact on commercial forestry markets.

However, in the longer term it could bode well for sustainable forestry as an asset class, as it sends a clear signal to investors that in the long-term the economy is moving towards decarbonisation.

"If you are looking for a really green investment, this is it" Nils von Schmidt, Aquila Capital

Pictet's Butz argues that sustainable forestry has a key role to play in global efforts to combat climate change. This is because forests are effectively a 'carbon sink', which suck carbon dioxide from the atmosphere as they grow.

Therefore, using timber to build houses effectively keeps carbon out of the atmosphere, potentially for centuries, making it a sustainable material.

As countries begin to ramp up their efforts to shift towards a low-carbon economy, perhaps by introducing carbon taxes or emissions trading systems that put a price on carbon, this could boost the value of forestry investments.

Currently, carbon credits from projects that reduce emissions from deforestation and forest degradation (REDD) have limited value because the credits are not accepted by many emissions trading systems.

But forestry is already permitted in some emissions trading systems and others could follow suit. In the US, for example, the California cap-and-trade system allows companies to use offsets, including those from forestry projects, to meet 8% of their obligations.

The biggest deal in the California carbon market took place last year, when Encourage Capital sold 4.5 million offsets generated by its White Mountain Apache Improved Forest Management Project to an undisclosed buyer. The credits were worth some $40 million. 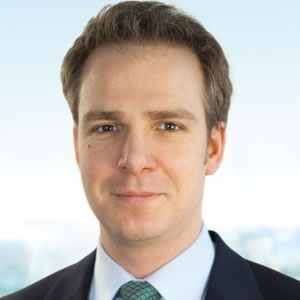 One company that thinks REDD credits offer an attractive opportunity is Permian Global, which specialises in tropical rainforest investments. Rather than logging the forests, the asset manager, which has secured funding from two family offices, aims to make a return through selling REDD credits to companies that choose to voluntarily offset their emissions.

Permian's Holt Thrasher says the credits can change hands for between $3 and $30, although a range of between $5 and $10 is more common.

He concedes that making money out of REDD-based credits is difficult, but argues that "properly managed" REDD forest projects can offer competitive financial returns versus similar alternative asset investments, while delivering environmental and social co-benefits.

And he argues that, if climate change is to be limited to 1.5°C, as outlined as an ambition in the Paris agreement, forestry offsets will be increasingly needed.

Another way in which countries may seek to meet their emissions reductions targets under the Paris agreement is by converting carbon-intensive coal-fired power stations to burn woody biomass. Drax, the UK's largest power station, has already converted three of its six boilers to run on wood pellets, much of which is imported from North America.

President Obama's Clean Power Plan, which aims to reduce emissions of greenhouse gases from the US power sector to 32% below 2005 levels by 2030, has identified woody biomass as a technology that states can use. Interestingly, the proposed legislation mentions sustainability and verification requirements.

The growing interest in sustainable woody biomass will increase demand for forest products and could help to boost prices.

However, woody biomass is criticised by some environmentalists who argue that it takes decades for the forests to regrow and recapture the carbon emitted through burning the wood. The transportation of wood over long distances adds to concerns about net emissions.

They also fear that, in some cases, old forests are being chopped down to meet demand for woody biomass, which is then replaced with plantations, resulting in a loss of biodiversity. A further criticism levelled at the woody biomass industry is that other users of wood fibre, such as the paper industry, will be forced to look further afield for raw materials, perhaps in developing countries where legislations are more lax, causing primary forests to be cut down.

"There will be more focus on sustainability as a result of the growth in demand for woody biomass," predicts Katila at Dasos.

He points to the work of the Sustainable Biomass Partnership, an initiative from European utilities to develop sustainability standards for biomass. 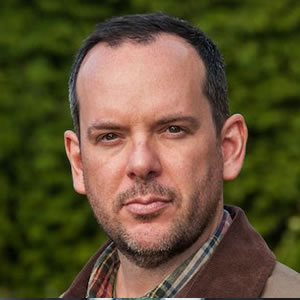 Another big trend that has the potential to impact timberland is that concepts about forestry are evolving to incorporate definitions of sustainable land use more broadly, including so-called agro-forestry, in which forests are combined with crops.

"The term 'forestry' is not a great catch-all, really, as the opportunities for investing in sustainable landscapes are far more diverse than simple timberland investing," says Christian del Valle, a managing partner at Althelia Ecosphere, which specialises in environmentally sustainable investments, and won Environmental Finance's forestry deal of the year in 2015.

"There are exciting opportunities to generate competitive financial returns from investments that improve the quality, productivity and efficiency of agro-forestry systems, and do so in a way that benefits local communities – such as through food security and job creation, the local environment and the climate."

He points to opportunities in "ecological farming systems involving small- to medium-sized enterprises, in crops such as cocoa and coffee, and pasturelands".

These are the kind of investments that Althelia's fund invests in. It aims to generate a return from the sale of sustainability-accredited commodities and payments from carbon credits or payments for other 'ecosystem services' such as biodiversity conservation.

Despite the small size of many of these investments, there are signs that some major institutional investors are beginning to consider them.

He describes the involvement with Althelia as "a door opener", and expects Axa IM to invest increasing sums into agro-forestry and potentially "classical forestry" in coming years.

"Institutional investors with long-dated liabilities are beginning to structure long-term exposure to forestry assets through multi-decadal and permanent capital vehicles," it adds. "We see a growing desire in the institutional investment community to invest in real assets like forestry that can produce conventional financial returns as well as positive climate change benefits and rural community economic development." EF