You read correctly, up to 1.4 billion tonnes of carbon dioxide equivalent emissions (CO2e) shall be defined "green" if the EU proceeds with a leaked proposal for a second delegated act of the taxonomy.

Borrowing an analogy from a famous European satire show, that's the equivalent to defining French fries as salad.

Size wise, 1.4 billion tonnes of CO2e exceed the total French emissions over the last three years. A giant greenwash, which dwarfs 'Dieselgate' and hence may well become known as Taxonomygate.

Notably, the Taxonomygate proposal was sent to members of the European Parliament and the relevant expert group at the customary time of 10pm on 31 December 2021 as a party gift.

Crucially, the conspirators in this greenwash are not some mid-level VW managers but Emmanuel Macron the President of France, which is currently holding the Presidency of the Council of the EU, and Ursula von der Leyen, the President of the European Commission. 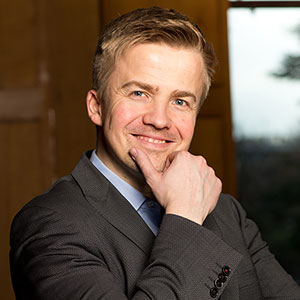 The leaked proposal calls for electricity generation from fossil gas to be declared "green by law" if it replaces a "facility that uses solid or liquid fossil fuels" with no more than a 15% capacity increase and its "annual GHG emissions ... do not exceed an average of 550kg CO2e/kW of the output energy of the facility's capacity over 20 years".

In other words, gas-fired power plants can emit a "budget" of 11 tonnes of CO2e per kilowatt (kW) of capacity over 20 years until they have to use carbon capture and storage (CCS) technologies, or lose the "green by law" label.

If a gas-fired power plant has 3 gigawatt (GW) capacity, that would mean 33,000,000 tonnes of "green" CO2e pollution for just one power plant.

This number is so big, it exceeds the total CO2e emissions France reported during the last three reporting years. Compared to just the last year of reported CO2e emissions, this number would exceed the CO2e emissions of France, Poland, Czechia, Romania, Greece, Hungary, Bulgaria, Finland and Sweden added together.

But the Financial Times writes there are "strict restrictions" on gas?

Well, the Financial Times appeared indeed satisfied with the restrictions but let's "just add them up" to check.

As background for a concrete example, consider that construction permits for "green by law" gas-fired power plants will be available until 31 December 2030 according to the Taxonomygate proposal, and the construction time averages around three years.

Let's take an example posed to me by an engineer on LinkedIn: a state of the art combined cycle gas turbine emitting 2,800 kg of CO2e per kW using natural gas, a lot more than the 550kg average.

Let's say we applied for the permit in 2027, so construction is completed by end of 2030. At this stage, the "strict restrictions" would apply, and we would have to use 55% low-carbon gases, whereby low-carbon gases are defined as those with at least 70% lower lifecycle CO2e emissions.

Could firms drop the green label once it is better for the bottom line?

Hence, after 10 years of our project (three years of construction and seven years of "green operation"), we would be reaching the limits of the green label at 11,000kg per kW over 20 years.

Since the IEA's Net Zero scenario sees no space for electricity generation from unabated natural gas post 2040, it might be time to close our gas-fired power plant, unless CCS technology is able to remove the entirety of our emissions by then.

While this would be the environmentally conscious choice, it would not be the most profitable choice, as we could easily continue to run our gas-fired power stations without the green label after 10 years.

Keep in mind, if we financed the first 10 years with two subsequent five-year green bonds, we have reaped most of the financing benefits of being green and are also free from contractual covenants of our investors.

Hence, we could simply finance the next five years without a green label and green covenants. That would likely increase the cost of financing but may well be cheaper in our hypothetical examples than the alternatives.

In short: the Taxonomygate proposal includes no provision to stop anyone from dropping the "green" label during subsequent re-financing rounds, once the benefits of green labelled construction and initial operation have been exploited.

But investors will at least have transparency to adjust for nuclear & gas, right?

Many investors may find the above hypothetical example as scary as I do and be similarly shocked about the sheer size of this greenwash, easily the biggest ever.

At face value, the Taxonomygate proposal at least promised transparency, writing that it "is necessary to provide a high degree of transparency to investors concerning fossil gas and nuclear energy activities".

Naturally, investors would want to understand how the green asset ratio and the green investment ratio, which measure the extent of green labelled assets and investments, respectively, would look if fossil gas and nuclear were removed.

Sadly, the Taxonomygate proposal only requires disclosure of the extent to which fossil gas and nuclear impact the denominator of the green asset ratio and the green investment ratio. Hence, it informs the investors how many fossil gas or nuclear assets a bank funds or a mutual fund invests in, but it does NOT tell investors how many of these are labelled "green".

This overpromised and underdelivered transparency appears very much like the icing on the cake of the giant greenwash of the Taxonomygate proposal, easily the biggest greenwash ever!

Andreas Hoepner is professor of operational risk, banking & finance at University College Dublin and a member of the EU Platform on Sustainable Finance.