Investors are demanding an increasing amount of data from companies. What are its strengths and weaknesses, asks Peter Cripps

Demanding a deluge of data

"As investors across the globe catch the ESG bug, they increasingly howl for more disclosure. But companies are howling back, that the 'reporting burden' is becoming too heavy"

Companies complain about the growing number of questionnaires they are being asked to respond to, and the confusing array of standards they are being asked to meet, including the Global Reporting Initiative (GRI), the Sustainability Accounting Standards Board (SASB), the International Integrated Reporting Council (IIRC) and the TCFD. (The latter will be covered in a separate feature on forward-looking reporting.)

For example, mining and commodities giant Glencore has decided to reduce the number of questionnaires it responds to, including stopping reporting to the CDP, Environmental Finance understands. Instead, it discloses data on its website which it says meets the standards of the GRI, and covers a lot of the questions raised by the CDP.

"We have hundreds of requests for questionnaires" - Gema Esteban Garrido, Telefonica

"We have hundreds of requests for questionnaires," she says. "We are trying to reduce the number of questionnaires we answer, looking for the ones that really influence investors."

She says the firm recently decided to stop responding to the survey for the Dow Jones Sustainability Index, run in conjunction with RobecoSAM. "It's a huge amount of work," she explains.

Some in the industry believe that harmonising reporting frameworks would help to reduce the burden on companies, as well as making data more easily comparable for investors. The clamour for alignment has grown since the launch of the TCFD.

There is already an initiative underway to achieve this. The Corporate Reporting Dialogue – an initiative set up by the IIRC – has launched the Better Alignment Project, which is mapping the differences and similarities of the main reporting frameworks in the hope that they can be in some way harmonised .

Janine Guillot, director of capital markets policy and outreach at SASB, believes some rationalisation is possible, although she argues that investors are looking for different information to other types of stakeholders such as NGOs, so full harmonisation is unlikely. 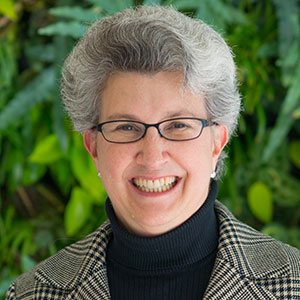 "There's an increasing acknowledgement that there are too many reporting frameworks," she says. "We are in the middle of a transformation around how investment processes work and businesses impact society. In a transformation there's always a tonne of innovation and ideas, then things get developed and tested, and then things rationalise as you collectively figure out what makes sense.

"We are at a tipping point where people feel it is too fragmented and confusing, and instead of enabling progress all these reporting frameworks are a barrier to progress because there's too much confusion.

"Increasingly there's an understanding this field needs to simplify – I think it can get a lot simpler without collapsing everything into one."

Newton's Barron says: "I have sympathy with companies that are being asked to disclose more and more. Long gone are the times when you could issue a short corporate sustainability report. More resources are needed.

"The best way to think of it is the same way as accounting information. I would say: 'Work with the industry to standardise reporting to make it easier for you'."

AXA's McDonald agrees: "There is no doubt that harmonisation would help. Companies are inundated with requests for data – many are confused as to which requests to respond to, and many simply don't have sufficient resources to meaningfully respond.

"If we want ESG data to be more accurate, we need the companies themselves to take more of an active role in the process. Greater framework harmonisation would help."

Northern Trust's Sarr says standardisation is needed in terms of what data is financially material.

"The GRI was launched in '97. It was the first effort to standardise sustainability performance," he argues. "It's only now we have seen the uptake of the framework. It took 20 years to improve the data. 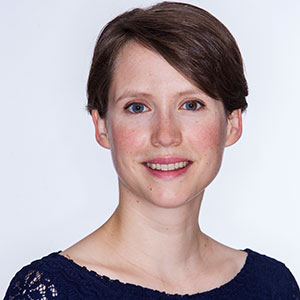 "There are now more than 20 sustainability reporting frameworks. And there's more initiatives coming which will make it harder for companies. It will make it even more complex to digest the data.

"We are still in the midst of standardising materiality – SASB and TCFD are trying to narrow it down.

"In five or 10 years disclosure will become a pre-requisite, backed by regulation."

But not everyone believes that a standardised framework is the best way to harmonise reporting.

"If you take GRI indicators and report on them across the board, that would be a big step forward. But it's not about developing a new or different reporting framework, it's about getting more standardised metrics reported across all companies – that would help a lot."

Some investors argue that no reporting framework will be able to keep up with the rapidly evolving world of ESG data.

Manjit Jus, head of ESG ratings at RobecoSAM, says: “Standardisation is consensus-driven, with large public consultations that take a year or so. You have different stakeholders with different opinions. It can be quite a slow process. Sustainability topics can be addressed now and not in a few years.” 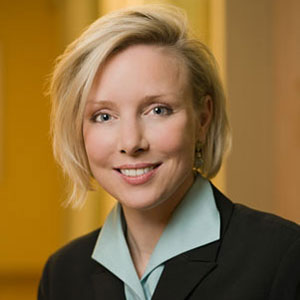 "The reason why UK [carbon] data is so good is that there is regulation requiring companies that list to publish their Scope 1 and 2 emissions," he says. "I am very pleased to see 16 exchanges ... require this kind of disclosure. That's why [data in] Helsinki is so good, and Lima and Shenzhen so poor.

"I maintain the view that it's not enough for it to be voluntary guidance – it needs to be mandated somehow. That's how you close that gap on data."

The amount of regulation boosting ESG disclosure is growing. Examples include the EU's Non-Financial Reporting Directive, France's Article 173 – which requires investor reporting on ESG and climate risk in particular – and the UK's gender pay gap requirements.

CDP's Ferguson points out that the auto sector is another example of one that benefits from high levels of emissions reporting, thanks to legal requirements.

But regulation needs to be stringent if it is to have the desired impact.

A report by the Alliance for Corporate Transparency Project showed the EU's Non-Financial Reporting Directive was having a limited effect on driving the disclosure of data that is useful for investors.

It assessed 100 firms' disclosures and found that in only 50% of cases were key environmental issues, targets and risks specified. For social and anti-corruption issues, this was true in only 40% of cases.

For social issues, the indicators used were "far from standardised".

The directive "does not specify in sufficient detail what information and KPIs must be disclosed nor the concrete issues to which its requirements relate".

For UBS's Greenwald, investors have a key role to play in convincing companies that ESG factors are worthy of greater consideration.

"We see major changes in asset management businesses and increasing interest in sustainable investment solutions, but in advance of mature data, it requires additional work by asset managers.

Paul Simpson, CEO of CDP, concludes: "The data is now good enough, and we can model it if it's not. "Anyone who says they can't [invest sustainably] because of data is lying."

"But to fundamentally change it, it needs more engagement at the buy-side, mainstream, analyst level.

"Earnings calls tend to be about short-term financial results, and that would need to change in order to change the way companies report to the markets."

Is it realistic to think that people will talk about ESG on an earnings call?

"This is realistic, if you think how far we have come in the past 20 years," insists Greenwald. "In 20 years we will have much more focus on these issues and some key metrics that are standard, such as direct and indirect CO₂ emissions for all publicly traded companies."

Despite all the misgivings about how well and widely ESG data is being reported, it is already good enough to use, argues UBS's Greenwald.

“We are at an important point in the market’s development,” says David Harris, head of sustainable business at the London Stock Exchange Group. “We still have big data challenges, but we have come a long way.

“Investors can’t use data quality as an excuse for inaction. We need to be very clear about what the challenges are and investors need to be deeply engaged in the quality debate.”

Paul Simpson, CEO of CDP, has a more blunt assessment: "The data is now good enough, and we can model it if it's not. Anyone who says they can't [invest sustainably] because of data is lying."

The next part of this series, on Non-reported ESG data, will be published next week

This article is part of a series of features exploring ESG data.

Osmosis Investment Management has based its methodology on reported environmental data. The London-based firm has developed the Model of Resource Efficiency (MoRE), which it uses to select stocks for its nine strategies.

The MoRE scores are taken from data reported by companies relating to three themes: energy, water and waste. These three indicators, says Ben Dear, founder and CEO of Osmosis, which now manages $1.5 billion of assets, are the most broadly disclosed.

"We only look at the E in environmental, social and governance (ESG)," he explains. "The S and the G are subjective – we only want to use objective data."

Dear says that looking at these three themes offers an insight into a company's efficiency, which is indicative of how well a company is run.

"Energy, water and waste is not in all cases that material to the balance sheet," he says. "But analysing this data gives you a proxy for the quality of management and processes within the business. It can help identify more efficient plant and machinery. "Who is creating more value but consuming less resources in the process? If you are more sustainable than your peers, you are able to compete better in inflationary or deflationary environments."

When it comes to carbon emissions, Osmosis only looks at Scope 1 and Scope 2 emissions, not Scope 3 emissions – those created by a company's supply chain or when its products are used, although work is now underway to collate scope three emissions to identify firstly if enough data exists, and secondly if that data can be used to make robust comparative analysis.

Also, it does not look at companies within the financial sector, because "the MoRE model doesn't work with insurers, banks and REITs – it's irrelevant to the revenues they generate and we found that analysis showed little variation from the mean."

Despite its focus on sustainability, its strategies do not divest sectors such as fossil fuels. "Our models point you to the most efficient oil and gas producers, rather than divest the sector," explains Dear.

The firm does not buy data from an ESG ratings company because the figures are often estimated or adjusted. Instead, his team of half a dozen analysts scour company reports and filings. “We require objective data to create our systematic strategies. In depth analysis of ratings provided by third party suppliers shows a lack of correlation in the scores.”

"Some of the data providers estimate and we don't want to use estimated data," he argues. "The adjustments we make to the data mean it's 80-85% different to data acquired from a data vendor," he claims. "That's where we manage to find the alpha in the E in ESG."

"Thematic fund managers are not always very good at predicting the future," he asserts. "We don't attempt to predict the future, but model the current, measuring action over intent, ultimately identifying across the broad economy those companies who have been able to monetise sustainability to  the balance sheet"

The results over Osmosis' 10-year history have evidenced excess return across all but one of their eight investment strategies; the underperforming fund was hindered by a value bias and a large overweight to Europe. The model still indicates a positive return from resource efficiency.