The proposed US bill could have a transformative effect on low-carbon investment, with implications for credit ratings, Michael Hurley writes

The $430 billion bill includes some of the most potentially consequential climate legislation enacted in the US. It would see about $369 billion invested in climate initiatives. It also covers tax and healthcare provisions.

It still needs to pass the House of Representatives, which is viewed as a formality and is expected to take place today, and be signed by the president before it becomes law.

The name of the bill is intended to reflect the deflationary effect that clean energy technology is expected to have in the medium to longer term. It is estimated that the investment could enable the country to reduce its greenhouse gas emissions by 40% from 2005 levels by the end of the decade.

The agreement "marks a monumental moment for US climate action" – Ceres

Credit ratings agency Moody's said the agreement will have far-reaching credit implications, especially for companies at high risk related to the carbon transition.

It will be "credit-positive" for asset managers with a focus in renewable energy investing, and will likely increase investors flows into the already-growing ESG funds market, Moody's predicted.

It will likely have a positive effect on credit quality of electric-vehicle manufacturers, regulated utilities and unregulated power companies, heating, ventilating and air conditioning manufacturers, states and local governments.

Moody's predicted a negative impact on credit quality of fossil fuel producers and coal miners, "but demand for natural gas will likely remain high in the short- to medium-term as utilities continue to retire coal-fired plants and switch to natural gas".

It said the outlay and revenue proposals amount to about 1% of US GDP and 0.1 percentage point of GDP per year over the budget window.It is likely to have medium- to long-term economic benefits by stimulating productivity and investment, but is unlikely to lower currently high inflation rates in the near-term, Moody's said. 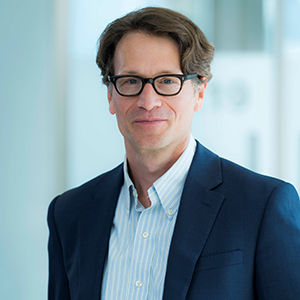 Edward Lees and Ulrik Fugmann, managers of the Environmental Strategies Group at €500 billion ($515 billion) asset manager BNP Paribas Asset Management, said in a note that the agreement has the potential to be a "game-changing bill ... reinstating the US as a credible key player in the effort to keep global warming under control".

They said the agreement – which entailed a compromise on previous proposals – had come as a surprise to markets.

It includes tax incentives to ramp up wind, solar, geothermal and other clean energy industries over the next decade, which Lees and Fugmann said would have several implications: 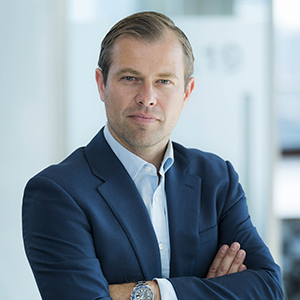 Meanwhile, critical minerals must come from the US or a country that has a free-trade agreement with the US.

"For solar, the extended longevity of the tax credit will just give more visibility to consumers and installers looking to grow," they said, citing a Princeton study which estimates that solar deployment would increase five times on 2020 rates.

"For wind, we are seeing forecasts for a [more than] 60% increase in annual wind installations over the next eight years.

"We view this as game-changing legislation for market-leading green hydrogen producers in the US" – Edward Lees and Ulrik Fugmann, BNP Paribas Asset Management

"For the first time, there is a tax credit for low-carbon hydrogen. We view this as game-changing legislation for market-leading green hydrogen producers in the US."

Meanwhile, the inclusion of energy storage in the bill "should supercharge" the adoption of residential storage and lead to significant growth for residential solar financing and solar companies. "We view this as a major tailwind for energy storage manufacturers and installers," Lees and Fugmann said.

'A ground-breaking deal': Jupiter's Jon Wallace on the bill

Environmental Finance: How likely is this to stimulate private allocations to sustainable investment? 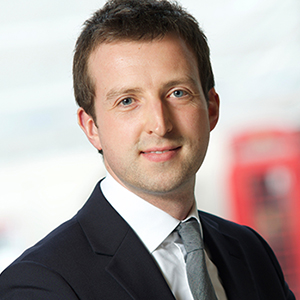 Jon Wallace: In short, very likely. Hydrogen appears to be a key beneficiary, but even in more mature pockets such as clean power investment, the industry has been in a holding pattern – and recently declined – while there was a deadlock in Congress with anticipated breakthroughs not forthcoming. The first major disappointment came ahead of the COP26 when Biden was forced to delay announcements timed to be made in the lead-up to the conference. We now have a very significant – in fact ground-breaking – prospective deal that provides up to 10 years of structural support to an industry that has had to operate within a policy landscape of near-constant, stop-start policy support and brinkmanship.

EF: Are there any sectors that look set to benefit most from the bill, directly or indirectly?

JW: There is much more attention on the supply side of climate solution technologies, with 'advanced production' incentives already seeming to be influencing capital spending decisions judging by comments from management teams in recent days. More to the point, this is about where industrial capital will be spent, and in several key areas the Act is very clearly pointing to an economic and geo-political ambition to promote capital investment in the US.

EF: Are there any areas identified in the act where private firms would struggle to immediately support the aims of the act? If so, what can be done to overcome this?

JW: The permitting process for clean energy could remain a bottleneck, and this is an area where presidential powers can be useful in the near term. There were calls too from the industry to ensure the tax credits are fully refundable to deliver on the Act's more ambitious aims, and this now looks likely. But it will take time for some of the Act's intricacies to play out, and the 'localisation' elements designed to help ensure US tax dollars help stimulate US jobs and material supply chains will be challenging.

EF: Do you think that the act is robust enough to secure long-term mainstream investor support for sustainable investments?

JW: At this point it seems a key weakness in the Act is that not a single Republican Senator voted for it. With mid-terms around the corner, this is a crucial time for policy development. It would however to be too optimistic to interpret some 'weak signals' that climate change and its causes appear to be becoming more of a bipartisan issue given the deeply divisive nature of the issue in Washington.

EF: How game-changing is the legislation by itself, and what needs to follow?

JW: Global co-operation across all issues is deteriorating, so we can't say that this Act alone can change the course of global diplomacy on climate. But in time, a key 'wedge' between the stated ambition climate scenarios and policy-backed scenarios can be closed significantly by this Act, and a repeated lesson on the global stage is how climate agreements can't function without meaningful US policy participation. In that sense this Act can be game-changing in time.

Zach Friedman, director of federal policy at Ceres, said the agreement "put the nation on the cusp of achieving the most ambitious federal climate, clean energy, and environmental justice investments in US history".

He said American businesses and investors had championed the clean energy measures in the deal for more than a year.

Almost 3,000 companies with more than $4.6 trillion in annual revenue pushed for the deal, Ceres said.

This included a letter in December signed by investors and companies including Boston Common Asset Management, Impax Asset Management and the Office of the New York City Comptroller.