What has the initiative achieved in its first year, and how might it yet need to evolve, asks Christopher Marchant. 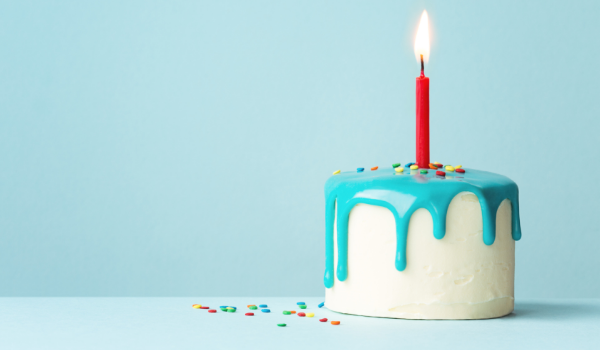 On 22 September 2019, the Principles for Responsible Banking (PRB) was launched at the United Nations Headquarters in New York City, during the UN General Assembly.

The grandeur of the occasion was matched by the lofty ambitions of the initiative: it seeks to embed sustainable finance at the largest banks throughout the world, and is designed to help meet the UN's Sustainable Development Goals and the Paris Climate Agreement.

The PRB was designed to cover the lending and underwriting activities of the banking world, complementing the UN-supported Principles for Responsible Investment (PRI), which is mainly focused on asset managers and asset owners and has attracted signatories with a combined $90 trillion in assets.

At launch, the PRB signatories numbered 132 banks – including Paris-listed BNP Paribas, Shanghai-listed ICBC and New York-listed Citi – representing over $47 trillion in 49 countries. That number has since increased to 190 banks. 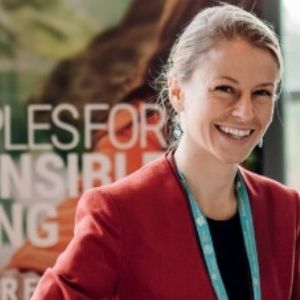 The principles cover themes such as working responsibly with stakeholders and customers, impact and target setting, governance and culture, and transparency and accountability. (See Box.) They cover a broad scope without setting a specific aim beyond alignment with the SDGs. Simone Dettling, banking team lead at United Nations Environment Programme Finance Initiative (UNEP FI), says this is to encourage banks to set specific targets in those areas where they have the greatest impact, while acknowledging that every bank's context and business model is different.

Less than a year after its launch, in July, the PRB, with the UNEP FI acting as secretariat, looked to tighten processes for enforcing the criteria for signatory banks, making a clearer path for the expulsion of those that do not adhere to the principles. The signatories voted to establish a governance body – the Banking Board, made up of 11 banking representatives, and one from the UN – to ensure effective implementation of the commitments, which could ultimately lead to laggards being thrown out.

The body was intended to introduce "robust accountability mechanisms" into the PRB.

In addition, the vote agreed collective and individual progress review processes, and a process for dealing with signatories that are not delivering on their commitments.

The Banking Board will be advised by a 12-member Civil Society Advisory Board (CSAB) which will also monitor and provide an independent assessment of collective progress towards the PRB goals by the signatories. This assessment will be published by the UNEP FI.

Each of the signatory banks will have up to 18 months from signing to publish its first self-assessment report according to the Principles. 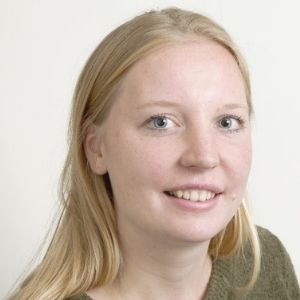 Every time a bank has met a target it will need to re-examine its impacts and then set a more ambitious target.

From 2021, UNEP FI will review the reporting of each signatory bank against the PRB on an annual basis. To facilitate this, every signatory will demonstrate its progress in line with the PRB through an individual review process based on a reporting and self-assessment template created by UNEP FI.

Should a signatory persistently prove unable to address any shortcoming against the principles, the Banking Board can decide to remove the bank from the list of signatories.

Dettling at UNEP FI, told Environmental Finance: "In this first year, we've built the foundations that we need, and made good progress in terms of growing the coalition. We've especially made good progress in setting up the required structures, both collectively and very much at individual level also."

According to Dettling, the creation of the CSAB was a step that had never been taken before by a sustainable finance framework.

"There has been tremendous work in the banks around the world," she added. "To start with, there has been internal changes around strategy to bring the right people on board from various departments to agree on areas where they need to develop targets to set responsibilities, to change governance processes to engage people that deal with clients directly, but also for some banks that were more advanced to start developing products and services."

In addition to the steps listed above, within four years of becoming a signatory, each bank must have fully implemented the following three steps:

But there may be up to seven years from certain targets being set to evidence of their being achieved being presented to the PRB, meaning a bank could potentially gain the positive publicity of signing up to the PRB without implementing concrete changes to its activities for eleven years.

Some argue therefore that the PRB does not press hard enough for action from signatories. 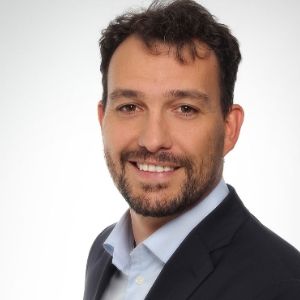 The issue of delayed accountability has dogged the PRI, which in recent years has brought in measures to allow it expel poor performers. In 2018 the PRI placed 185 of its more than 1500 signatories on a watchlist for failing to meet a new set of minimum standards, amid pressure to expel responsible investment laggards.

Daisy Termorshuizen is a climate campaigner at Bank Track, an NGO focused on scrutinising the activities of financial institutions and assessing if they meet sustainability goals. She says: "From the beginning, Bank Track has had a lot of concerns over whether the PRB would be effective in bringing about change.

"One of the main concerns we still have is, of course, the implementation timeframe of the PRB that we think does not align with the urgency that is needed to effectively respond to the ongoing climate crisis."

But UNEP FI's Dettling defends the initiative's position: "The world isn't changed in two years. The most ambitious targets in the banking sector are net zero portfolios by 2030, a target ten years away.

"We are also confident in the reporting processes, and any bank that has not made reports within 18 months will automatically see a [removal] process triggered.

"If you look at the PRB, at the time of their launch, there was no bank around the world that could have fully implemented them because a lot of what is in the principles is quite ambitious, in the sense also that there are tools and methodologies and standards, yet there are a lot of things that haven't been done before."

But she concedes that "the quality of the reporting may vary widely, just by virtue of the banks starting from very different points. Banks in countries like Bangladesh or Malawi are not exactly the same as a bank in France, or the UK or the Netherlands."

Danske Bank was an original signatory to the PRB, and as such has been able to watch the initiative change and grow over the last 12 months. Kristina Øgaard, the bank's head of sustainability, says: "The core of the PRB is to understand the impact of the banks' activities on society. And, from that perspective, the tools they have for impact and materiality assessment are key. And we're off to a good start on that.

"But we'd certainly welcome further development on these tools including scalability so that they can be used by banks of all maturity levels."

The Principles for Responsible Banking is a voluntary model which, while encouraging rather than demanding action and giving banks the time and space to make changes themselves, also leads to large players remaining on the outside. This is particularly notable in the US, where Citibank stands as the only big bank signatory to the PRB.

Luca De Lorenzo, head of sustainability at the Nordic Investment Bank (NIB), which was not an initial signatory to the PRB but has since joined, says: "The NIB approach to these initiatives on sustainable finance is that they should be inclusive in order get as many players as possible involved. At the same time, I do agree that it is good to set some sort of minimum standards, especially in terms of commitments, so that you know if you join and you want to play at the table, then you should do it professionally and seriously." 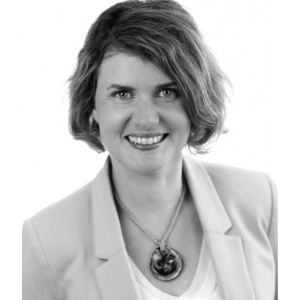 Lorraine Fitzgerald is a senior business partner for responsible & sustainable business at the Bank of Ireland, another later signatory to the PRB. Of the voluntary versus mandatory advantages, Fitzgerald says: "The voluntary nature of the PRB supports a collaborative and learning environment through participation in working groups, engaging directly with other signatory banks as well as through events held by UNEP FI.

"There is already growing alignment of regulatory requirements for financial institutions with the Principles. For example, the EU's sustainable finance strategy, the European Central Bank's guide on climate-related and environmental risks as well as a myriad of other activities in this area are all driving widespread change."

De Lorenzo at NIB says: "It's good to start voluntary, as there are many moving parts when you still need a lot of innovation. You need to really be able to digest and operationalise some of these targets within your banking operations, which does require flexibility in the adoption.

"Eventually, you know, we are going to have to start moving towards mandatory and I think that's what's happening, maybe not with PRB but for sure in the overall banking sector by region. If you think about what are the elements that potentially will be mandated first, I would say from a financial sector perspective you really want to see disclosure and transparency."

At the launch of the PRB last year, Daniel Klier at HSBC said the London-listed bank would not be involved, because the institution was already aligned with the targets set by the PRB, making membership unnecessary.

Both Øgaard at Danske Bank and De Lorenzo at the NIB show some sympathy towards that position, in the sense of agreement that leading European banks are already at the head of the sustainability and responsible investing charge, whether or not they sign the PRB.

But they cite the fact that their respective banks signed the PRB not so much to instil internal change but as to be part of a broader coalition with common goals in mind.

Evidence of the benefits of this broader coalition emerged earlier this year, when banks as part of the PRB contributed information on how they were adapting business measures to the Covid-19 crisis in line with Principle 3 of the initiative.

With over 190 banks committing to the principles, UNEP FI's Dettling believes the PRB can have the desired long-term effects on the marketplace: "It's great to have wonderful processes and good portfolios but, at the end of the day, it is impact on the real economy that counts. And the principles are geared towards this."

De Lorenzo says: "While this is the ambition, I think it will take time. I think the first effects, which will be valuable, are that you will see elements such as non-financial factors to be more and more integrated in the decision making of banking."

Case study: How Bank of Ireland adheres to the principles

Lorraine Fitzgerald explains how the Bank of Ireland (BOI) claims to abide by principles:

Understanding impact (Principle 2) – The bank has completed an impact assessment to understand the impact of its business, both positive and negative, on society and the environment. In line with the recommendations of the recommendations of the Task Force on Climate-related Financial Disclosures, it has identified activities and assets exposed to climate-related risks, and has begun measuring possible financial risk impacts. The mix of assets on the BOI balance sheet and minimal direct exposure to fossil fuels sees the key focus areas emerging as mortgages, property lending and car finance, which together account for approximately 70% of the bank's customer lending assets. An initial set of metrics for climate-related risks is also in development to support the setting of relevant targets and limits.

Engaging with stakeholders (Principle 4) – BOI has completed a materiality assessment to identify and prioritise the environmental, social and governance (ESG) topics that matter most to its business and stakeholders. It has also engaged with a range of stakeholders including customers, suppliers, NGOs and colleagues through interviews and surveys.

The editor of Environmental Finance owns shares in Bank of Ireland.