The UK Government published its Roadmap to Sustainable Investing in October in the lead-up to the United Nations Climate Change Conference (known as COP26) in Glasgow. 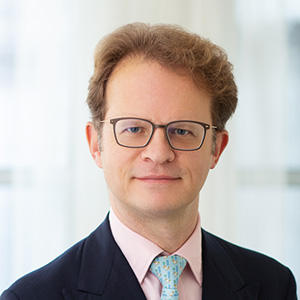 It made clear its ambitions to build on progress to date (summarised below) and announced two key initiatives – an integrated and economy-wide sustainability disclosure regime to be known as "SDR", covering corporates, asset managers, asset owners, and investment products, and a requirement to disclose against governance, strategy, risk management, metrics and targets.

This will build on the Financial Stability Board's Task Force on Climate-related Financial Disclosures (TCFD) related disclosure rules already in place or underway, and expand the scope beyond climate change to address other sustainability factors.

This is in addition to a sustainable investment labelling regime to complement the above disclosures across the spectrum of investment products.

Also, it announced the development of a UK green taxonomy which will set out the criteria which specific economic activities must meet in order to be considered environmentally sustainable in alignment with that taxonomy.

In the wake of that announcement, and astutely to coincide with COP26 Finance Day in early November, the Financial Conduct Authority (FCA) published a discussion paper seeking initial views on client- and consumer-facing entity- and product-level SDR disclosures by asset managers and FCA-regulated asset owners, consumer-facing disclosures for investment products and the sustainable investment labelling system.

Critically, FCA recognises in its paper that many UK firms are already subject to the EU Sustainable Finance Disclosure Regulation (SFDR) in respect of their EU-facing cross-border business, including its classification provisions, and signposts its intention to build on existing work rather than duplicate or conflict with existing work.

UK Treasury is empowered by the Financial Services and Markets Act 2000 to make recommendations to the FCA about aspects of the UK Government's economic policy which FCA should consider. Climate change featured in Treasury's March 2021 recommendations letter to FCA as one of seven such aspects alongside competition, growth, competitiveness, innovation, trade and better outcomes for consumers.

Regarding climate change, the letter expressed the Government's desire to deliver a financial system which supports and enables a net-zero economy by mobilising private finance towards sustainable and resilient growth and required FCA to consider the Government's commitment to achieve a net-zero economy by 2050, in pursuit of its role as regulator.

Regarding competitiveness, the letter made clear the Government wants London to retain "its position as the leading financial centre and hub for green finance".

Clearly, there were political reasons for saving up the Government's Roadmap to Sustainable Investing and the FCA's follow-up paper to coincide with COP26. Nonetheless, that initiative builds on significant progress in recent years by Government, regulators and markets, as the summary below indicates, and serves to help dispel the poor impression given at the start of 2021 by the Government not onshoring EU SFDR and EU taxonomy. Let's remind ourselves of certain key steps taken already.

Pre-pandemic, the London Stock Exchange (LSE) somewhat presciently launched two initiatives supporting sustainable finance on its markets in October 2019 – the Green Economy Mark that recognises companies and investment funds that derive 50% or more of their annual revenues from products and services that contribute to the global green economy, and the Sustainable Bond Market, building on the existing Green Bond Segment to cover additional segments for social and sustainable segments.

LSE was the first major exchange to launch a Green Bond Segment and the first to introduce a green economy classification for equities. Notably, at the time the LSE's CEO was Nikhil Rathi, who was subsequently appointed CEO of FCA.

In November 2020, the UK became the first country in the world to commit to making climate-risk disclosures compulsory across its economy by 2025, aligned with the recommendations of the TCFD, which are widely accepted globally. The TCFD was established in 2015 to identify the climate-related information needs of financial services firms and develop a set of climate-related disclosure recommendations to support those needs. TCFD has set out 11 recommended disclosures under four overarching recommendations which have attracted support internationally and are applied by companies around the world.

June 2021 was especially busy with the FCA consulting on extending "comply or explain" TCFD-aligned disclosure rules for premium listed companies to standard listed companies. The FCA also consulted on climate-related financial disclosure rules for, amongst others, discretionary portfolio managers, UCITS managers and managers of private funds, the key elements being firms to publish annually a TCFD report on how they take climate-related rights and opportunities into account, at product-level, and proposals for firms to produce annually a baseline suite of consistent, comparable disclosures regarding their financial products. Firms with less than £5 billion (calculated as a three-year rolling average) in assets under management would be exempt. The UK Government also published its Green Financing Framework, and the UK Infrastructure Bank was launched with funding of £22 billion to support green infrastructure projects.

In July 2021, the UK Department for Work and Pensions took steps to require pension funds to make TCFD disclosures and effectively manage climate risks and opportunities. During September and October 2021, the Government raised £16 billion for green projects via its first two sovereign green gilts issued pursuant to the UK Government Green Financing Framework.

The key threshold challenge for regulators and industry is to narrow the delta between available climate data along the investment chain and the data required by actors in that chain in order both to facilitate the making of better informed investment decisions by clients and consumers and to comply with sustainability regulations.

Whilst FCA is clear it wishes to support the financial sector in driving positive change including the transition to net zero, FCA has identified a risk of harm if the financial sector responds to rising consumer demand and awareness of ESG issues without a supporting regulatory foundation and adequate guard-rails.