Players in the US RECs markets are bullish on pricing, but other markets are less upbeat, reports Sophie Robinson-Tillett

The value of renewable energy certificates (RECs) in the US has been boosted by recent falls in power prices, say bullish market players. 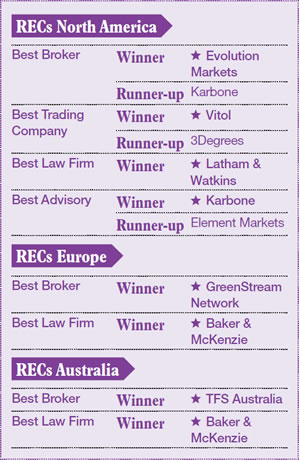 "REC prices tend to move in opposite direction to power and fuel prices," explains Andy Ertel, CEO of Evolution Markets, which won Best Broker for the North American RECs markets.

Recent falls in the price of oil and other fuels have made conventional energy cheaper to produce, discouraging generators from developing renewable energy projects. Hence the supply of RECs, which are proof that renewable power has been added to the grid, have also been hit.

"So as power, coal and gas prices have fallen, RECs have become more important to generators", as they become reliant on certificates to meet their obligations under states' Renewable Portfolio Standards, concludes Ertel.

This is one explanation for strong price growth in the US markets this year. Programmes within the Pennsylvania-New Jersey-Maryland (PJM) Interconnect – the biggest electricity market in the US – have seen another good year, as prices rose from $12 to $17, having sunk to $3.50 earlier in 2013.

In Massachusetts there has been a small dip in Class I RECs, which are currently trading at around $57 each – down from around $64 last year – while solar RECs have rocketed to almost $300 in the state.

Solar RECs are achieving notably high prices across many programmes in the US, as some states require a quota of their renewable energy to come from solar power (known as a 'solar carve out'). As a result, certificates from solar plants trade at up to 10-times the price of a standard REC – hitting $285 in Massachusetts, $200 in New Jersey and $140 in Maryland. 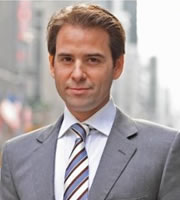 Izzet Bensusan, CEO of Karbone – winner of Best Advisory for North American RECs – says deal sizes can be big in the US: transactions of more than $1 million are "common", he says, with long-term deals nearer the $5 million mark "not unusual".

And many are hopeful that interest in the market will continue to grow, following a series of political decisions that will influence the market.The country's joint pledge with China in November to tackle carbon emissions by 2025 has fuelled expectations that the US will push for further growth of renewables and emissions markets in coming years.

This is coupled with the recent decision by the senate to retroactively extend Production Tax Credits. Previously, US tax incentives for renewables – which are notorious for their intermittent implementation – were scheduled to cease at the end of last year.They will now apply to projects started in 2014, which has given some operators a boost. But it is still uncertain whether the extension will be continued into next year.

Karbone's Bensusan says that this uncertainty could have a big impact in 2015, as tax credits "often represent 3060% of the financing of a US renewables project". He told Environmental Finance that projects generate most of their funding from power revenues, REC revenues and tax credits.

There is also hope that proposals by the Environmental Protection Agency to reduce emissions from US power plants by 30% will set the ball rolling for an expansion of the RECs markets. 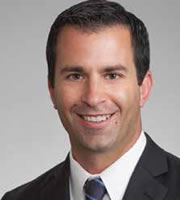 Campopiano says if the rule is passed next summer and survives judicial challenges, it will encourage further emission-reduction programmes in the country.

"RECs are going to play a very important role in any regional programme that gets developed under this rule, because the key issue will be how to track the reductions – and RECs are the obvious tool with which to do that."

But other markets are less bullish, as Australia renegotiates its renewable energy targets – part of an aggressive revision of the country's climate policy, which has so far seen the repeal of its carbon tax and parts of its forestry legislation.

TFS Australia won Best Broker in the awards for a fifth time. Chris Halliwell, a senior broker at the firm, says its success comes from being able to provide guidance "in times when the market is increasingly reactive to the political rollercoaster".

He says prices remain low and the market "very volatile", but there has been some improvement recently, following strong opposition to the government's proposals.

"Although longer-term activity is very scarce, and primary projects are largely at a standstill, there continues to be a busy spot- and near-term market as a result of these political speculations," he explains.

But, if the renewables target is reduced, Martijn Wilder – head of the global environmental markets practice at Baker & McKenzie – says it will mean "a complete revision of the RECs mechanism".

"The current uncertainty and possibility of a reduced target is creating significant angst for investors and desperately needs to be resolved," he says.

Graham Stuart, head of the company's London environmental markets practice, says dealing with the changes in the UK's subsidy regime has been "a really important area of work for the company this year". 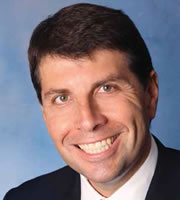 2014 saw the start of a phasing-out process for the current subsidy scheme – Renewable Obligation Certificates (ROCs) – in favour of non-tradable Contracts for Difference (CfDs), which are based on a competitive auction system. "The biggest issue I've seen this year is people trying to figure out how CfDs are going to work.There are quite a lot of concerns about that and uncertainty about its impact."

But Stuart thinks the situation will stabilise in 2015, as investors and developers adjust, and the government fixes any teething problems.

The rest of Europe has seen a more stable year, although prices for European Guarantees of Origin (GOs) "remain very low", according to Michael Weber, head of intermediary services at GreenStream Network – voted Best Broker in the European RECs market.

He adds that he doesn't see the slump ending over the next couple of years, due to the "massive oversupply" in standard GOs – those without any quality controls on them. Premium GOs – such as those from smaller projects, or generated by wind rather than hydropower – are harder to come by, and have become increasingly central to GreenStream's RECs business.

Weber says that, whereas producers might sell a standard GO for 0.07-0.08 ($0.09-$0.10) – leaving little profit after trading costs – premium GOs go for more than 0.50. As a result, he says GreenStream's role in securing premium GOs is "essential" to remaining profitable in the current market. EF