From a heat dome in Canada to flooding in India, extreme weather events have shaped 2021.

The phenomena mark a continuing trend. Since the 1990s, natural disasters been happening with increasing regularity. The events have spurred interest in how to hedge against weather risk, leading to greater demand for weather derivatives.

"We're seeing sustained growth, we're seeing users of the product that are in there for the long haul," says Whitehead, whose firm retained its title as best advisory/data service for weather risk markets worldwide.

"Everyone is extremely busy. There's a lack of bandwidth."

Some companies are even beginning to call the industry the "climate market" or the "environmental market", Whitehead says.

This may be because the market is broadening beyond weather to encompass events like hurricanes and wildfires, Whitehead says. For example, Speedwell saw inquiries for business following flooding in Canada and wildfires in the US.

Many companies are creating new products in response to the diversified demand. One recent product created by another firm responded to the need to hedge against the risk of hail to solar panels. Even small hailstones can create microcracks in the panels, Whitehead says.

Globally, Speedwell managed most of its transactions in Europe, Australia and the US over the past year. Deals are often easier to close in these regions than in developing economies, Whitehead adds.

There are additional entrants to the market too. "A lot of hedge funds, investment banks, groups that have sat on the sidelines for the past decade or so, are all coming back and they're looking at the climate market."

These actors are interested in setting up desks and procuring weather data to better understand their future role in the sector, Whitehead says. "We view that activity as part of the future of the market."

The impact of climate change on weather derivatives drove the launch of an initiative developed by both Speedwell and TP ICAP. The 'ICAP-Speedwell Climate Index' enables the trading of financial risk related to the rate of climate change. 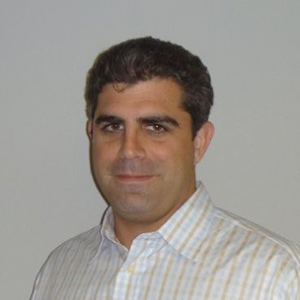 The index works by taking the average global temperature based on data from 50 weather stations around the world. It "has the ability to dramatically change how people calculate the financial impact of global climate change, providing comprehensive data to quantify the impact of future temperature changes for the first time," says Nicholas Ernst, managing director of weather markets at ICAP.

This year ICAP won best broker for weather risk markets in both North America and Europe for the second year running, after winning in the North America category in 2019. Ernst previously worked at Choice Energy, which claimed the best broker in North America title in 2018 and 2017.

An important weather event for ICAP this year has been an ongoing drought in the Western half of the US. "All of these weather events are changing the landscape of different commodity markets across the globe," Ernst says.

ICAP has seen how weather in one country can affect markets on the other side of the world. For example, weather in Europe now has global pricing implications for natural gas. "This is a very interesting time in our market."

The potential for a gas shortage has had a "massive" impact on Ernst's industry. Clients are coming to ICAP asking for cold protection for the first time, in case of spiking gas prices during the winter, Ernst says.

Swiss Re says it was "whipsawed" this year by demand for cold protection as gas prices rose to unexpected levels. The Zurich-based reinsurance company claimed best dealer/structured product seller in Asia.

Demand for new kinds of products has spread around the globe, particularly in renewable energy, Ernst says. The German wind market has a "robust and liquid" weather derivatives market centred around wind deals, he says. The deals hedge against low and high wind speeds. They use metrics from Speedwell's wind power indexes.

ICAP has also noticed significant demand in Australia, where a "pretty crazy" variety of deals emerged. The firm completed a 'first of its kind' solar deal in the country by bringing together a renewable energy provider and a reinsurance company with a fixed agreement.

The transaction enabled a utility company to lock in a fixed price for the electricity generated by the solar plant, bringing it more price certainty in a relatively volatile market.

"Transactions such as this are an innovative way to reduce the variability in the energy price received by the producer, effectively enabling market participants to hedge the risks in their business and support growth in the solar industry," says Ernst.

ICAP says weather is set to play a role of increasing importance in the way portfolios manage risk. The firm has also completed several wind deals in Australia.
CQ Energy and Risk Solutions International have seen sustained interest in weather derivatives in Australia – their focus region. The partnership between the two firms has reaped dividends, winning best broker and best dealer/structured product seller for the country respectively.

Although Australia's wildfires this year did not return with the severity seen in 2020 and 2019, other extreme events battered parts of the country. Storms, tornadoes, destructive winds and hailstorms lashed the east coast in October, when thousands were evacuated as floodwaters deluged parts of the region.

CQ Energy and Risk Solutions International have noticed greater diversification of the market this year. "There is a heightened awareness of climate change and recognition from public listed companies that they must start addressing how they are managing their exposure.

"This has prompted more enquires from sectors that traditionally haven't been focused on weather protection." Demand for products in agriculture has been particularly strong, the pair says. 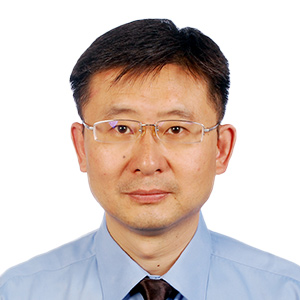 Wildfires have scorched millions of acres of land this year in Mexico, Canada and the US. The fires pose a particular challenge for Willis Towers Watson as they "require an innovative parametric solution to identify the burnt areas, quickly after the event, with good accuracy and reasonable cost", he says. These tasks are "difficult to achieve with the traditional insurance scheme".

The company has also witnessed a surge in interest in the renewable market for hedging against unfavourable weather conditions such as low winds, cloudy days and droughts, says Zhang.

Willis Towers Watson has seen surging demand for risk financing programmes in a wide range of industries. Other than renewable energy, sectors that have seen substantial changes in demand this year include forest plantation, agriculture, and hospitality.

Willis Towers Watson is based in London but conducts weather derivatives business all over the world, although it won best broker for Asia. Stand-out transactions from the past year include a high volume of requests around renewable products in China and Vietnam, Zhang says.

China and most countries in Southeast Asia are developing national or regional insurance scheme against disaster risks, he continues.

The combination of increasing frequency of natural disasters with a low investment return under low interest rate environment has caused a "hardening" of the insurance market, Zhang says.

This has led to corporations increasing their spending on insurance premiums, higher insurance deductibles and more restricted terms and conditions on products, which could make the weather market more attractive for industry players going forward.